The Spartans capped off their perfect season with a state championship on Saturday in Columbia! Congrats to De Smet! 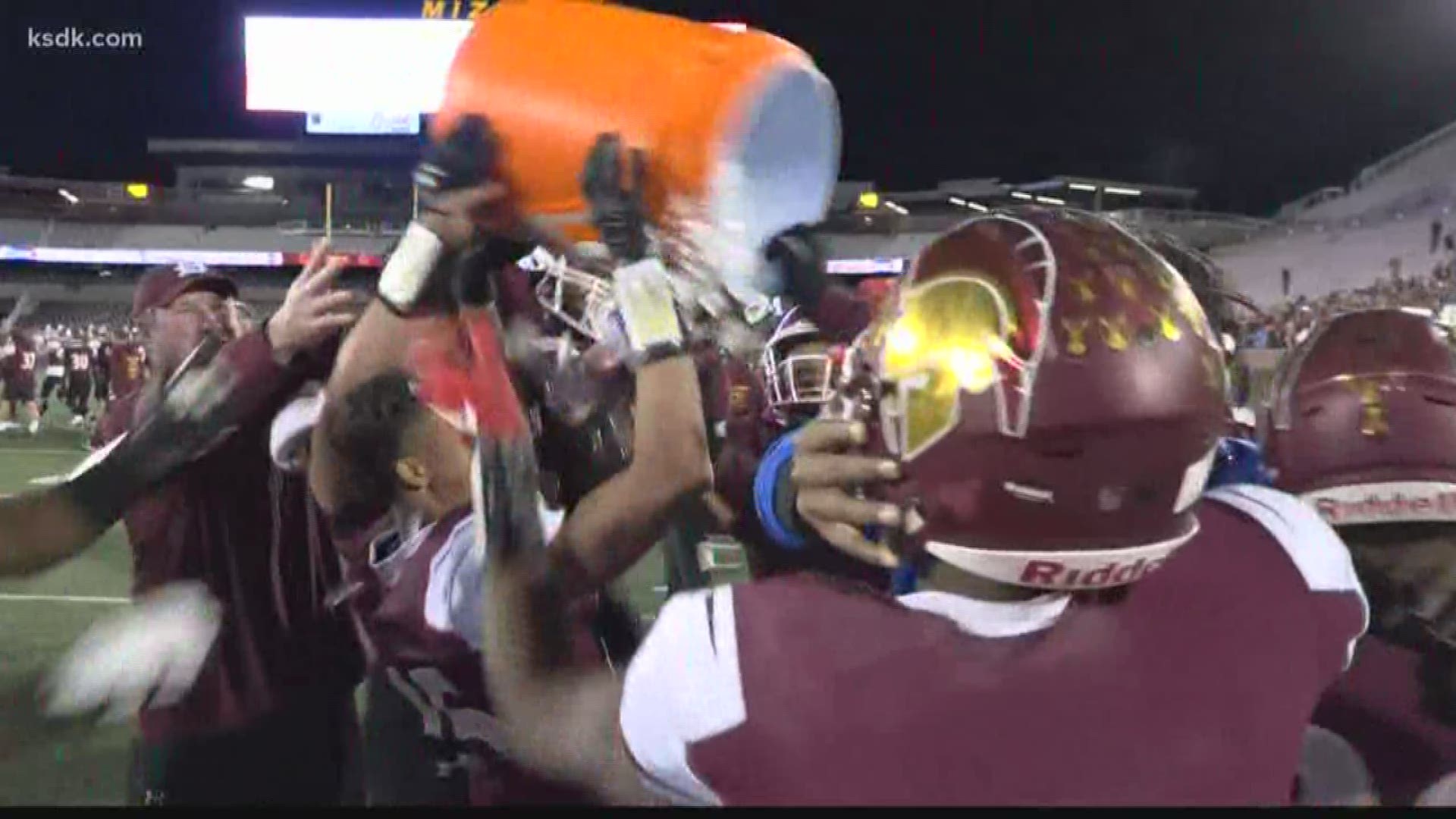 COLUMBIA, Mo. — The De Smet Spartans capped off their perfect season in style Saturday with a 35 to 20 win over Joplin in the Class 6 title game.

De Smet was dominant during the regular season. The Spartans won their nine regular-season games by an average of 39.8 points.

They defeated long-time rival CBC twice in 2019, once on national TV on ESPN in the regular season, and then again in the district playoffs.

It's been a steady climb back to the top for De Smet over the past few seasons.

Between 2016 and 2017, the Spartans managed just three wins. They showed improvement lat season, playing to a 9-3 record, and now they've ended up back on top as state champions.

2019 has been a pretty nice year for De Smet. The school won a state baseball championship earlier this season, and just won a state soccer title last week.

You can look back on all our De Smet coverage this season, below.