In the fight of his life against COVID-19 and kidney failure, Deryl Cunningham had an entire Illinois community by his side. And he refused to throw in the towel 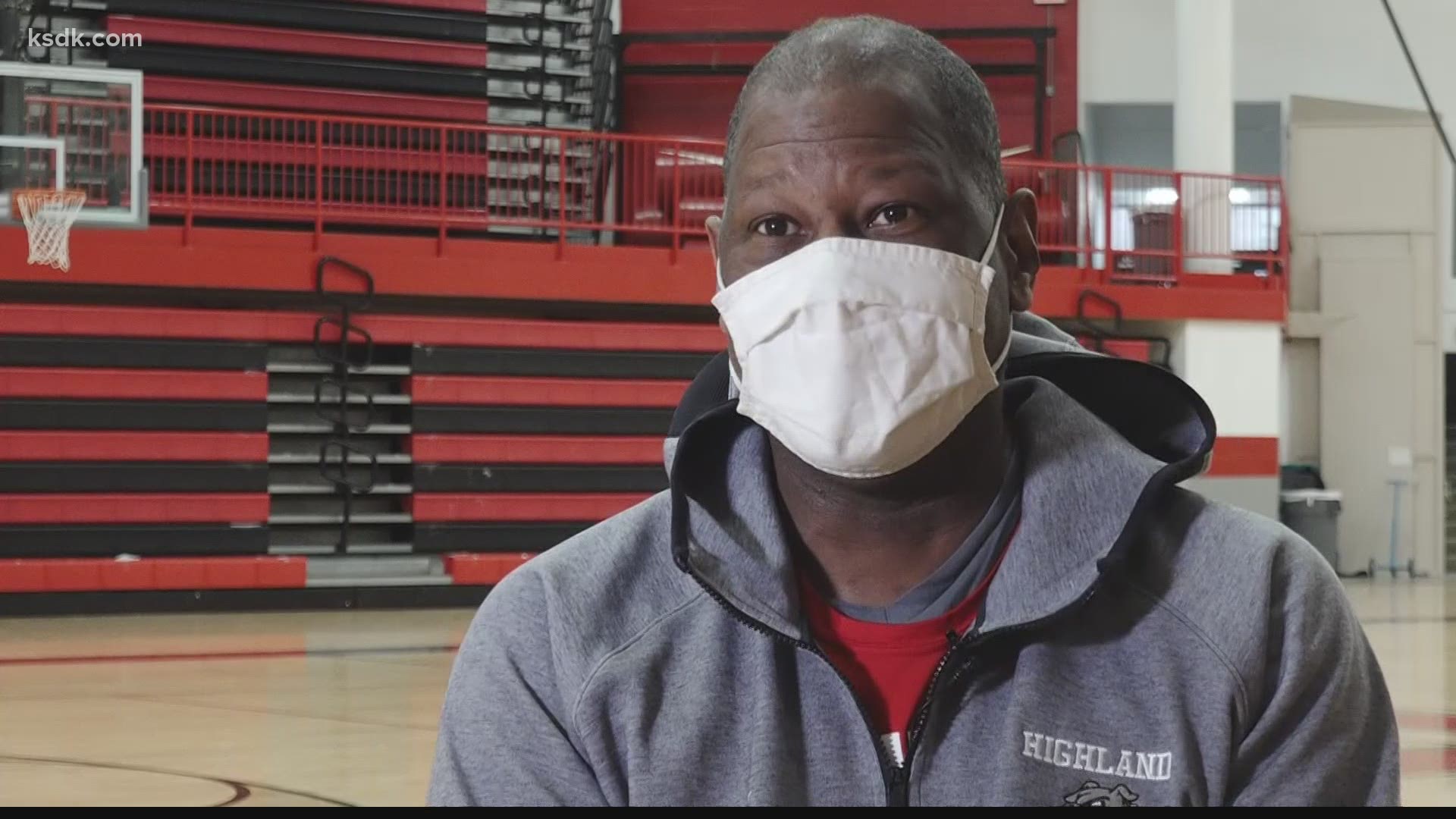 HIGHLAND, Ill. — Deryl Cunningham's basketball journey may have ended up bringing him to Highland, Illinois, but make no mistake, coach could hoop back in the day.

“I just tell the kids the only difference between me and Shaq is he went on to make 100 million dollars and I didn’t," Cunningham said with a laugh.

Cunningham went on to DePaul first, and then Kansas State to play for head coach Dana Altman.

After college, he landed in the CBA for a little while, and eventually ended up playing overseas in places like France, Belgium and Switzerland.

Once he realized his career as a player was over, he turned to the obvious next step: coaching. After stops at Indiana State, SIUE and a few other schools, Cunningham eventually settled down with his wife and two kids as head coach of the Highland Bulldogs in 2019.

To his kids on the court, he's just coach. But this coach has a pretty cool side gig as well.

“I grew up in DJ’ing. My dad was known as the music man in Chicago," Cunningham said of his non-basketball hobby. “They (the players) don’t know that I can really really DJ.”

But last fall when Cunningham tested positive for COVID-19, basketball and music took a backseat to just trying to stay alive.

“Like, the next day (after getting tested) they were like 'You’re positive', but by that night we knew something was seriously wrong," Cunningham said of his early experience with COVID-19.

Cunningham had experienced some issues with his kidneys in the past, and the arrival of COVID into his system deteriorated the health of his kidneys. He ended up in the hospital with a catheter in his chest. 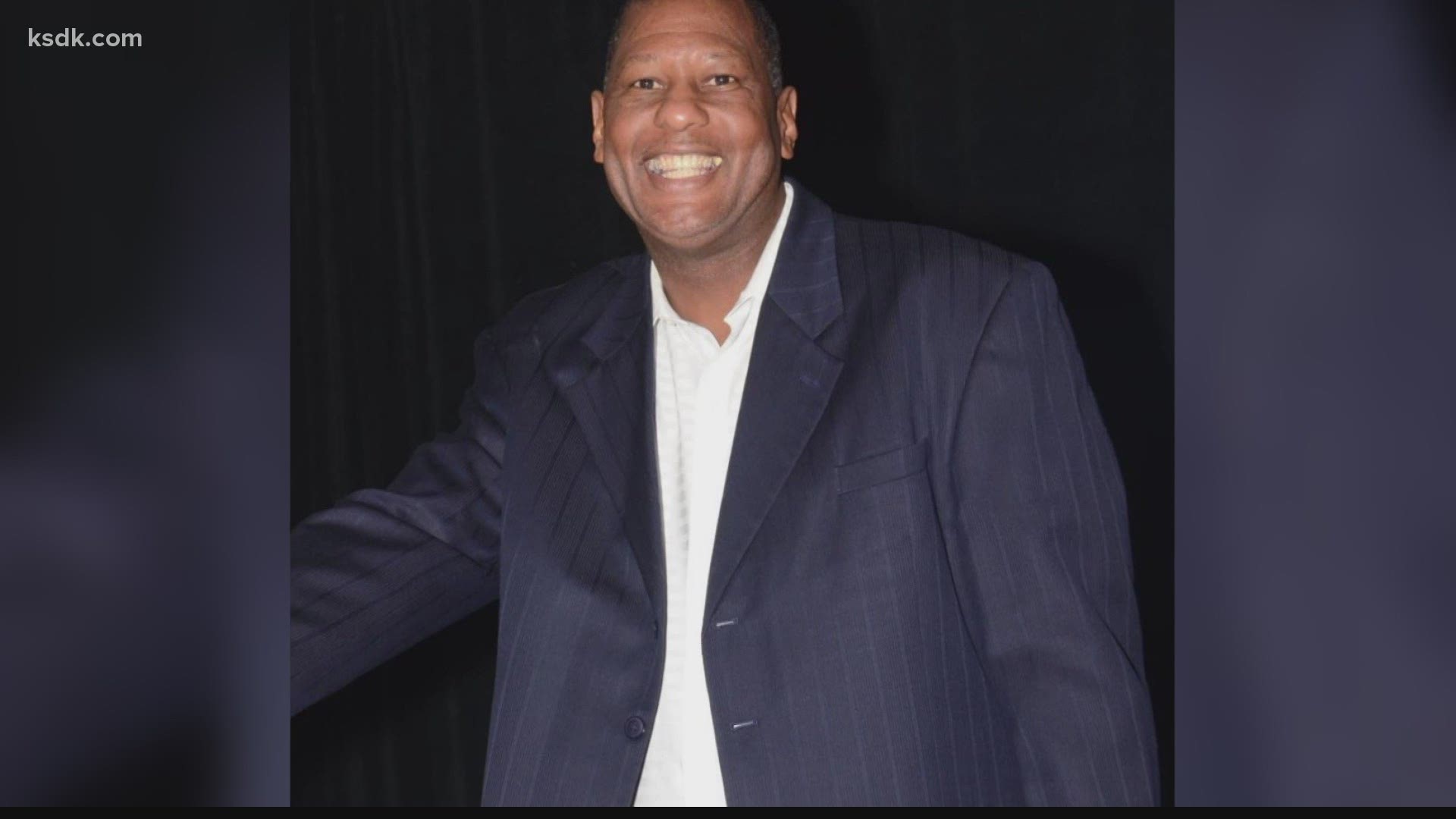 Cunningham's older sister, Charise Walker, knew she needed to be there in her younger brother's time of need and came down from Chicago Immediately.

“The doctor said, 'Ma’am if we would have put it (the catheter) in his arm he wouldn’t have made it. We had to put it in his chest to keep him alive,'" Walker said of her brother's serious condition. “My brother had four times if not five times the amount of waste built up in his body that was just sitting there because his kidneys were not functioning to move that waste out of him.”

While doctors worked to save his life, Cunningham tried to prepare his sister for the worst-case scenario.

"When I told her, because I knew she would probably freak out, and I was like 'I’m not sure I’m going to make it,'" Cunningham said. "But I’ll never forget, she came up to the bed and she grabbed my hand and said, 'Deryl, you fight.' She said it twice, 'Deryl, you fight'. And then she looked at me and said, 'You do not get to check out on me.'"

And get through it he did. After nearly a week in the hospital, doctors were able to stabilize Cunningham's kidneys to where he could begin dialysis.

And while Cunningham was fighting his own battle, his adopted town of Highland never let him forget that they had his back.

RELATED: 'We know he'd be there for us' | Highland rallies for high school coach fighting COVID-19, needs kidney transplant

"Our community is one of the most giving communities I’ve ever been in in my life," Highland High School Athletic Director Amy Boscolo said. "So if something happens in Highland, Highland is going to step up and take care of their people, they always will."

There were personal calls and messages, well-wishes from people he'd touched through basketball around the world, more food and homemade meals than the family could eat and nearly $40,000 raised to help with Cunningham's medical expenses.

“He came in and saved our program when no one else was going to step in, so when he went through all this we made sure he wasn’t going to go through it alone, and we’re there for him and his family," Highland senior guard Jake Brauns said. "Every little thing he needs, we’ve got him.”

“Maybe the world is divided, but what I was seeing through my own situation is that there are some people who care about you as a human being. That’s what I was seeing," Cunningham said. "It’s been overwhelming and really humbles you.”

He's still doing dialysis and is working towards an eventual kidney transplant, but these days Cunningham is loving the little things. The little things he quite nearly lost.

“Don’t take life for granted. Enjoy each and every day. Every day that I come home, I try to say hello to my kids, I try to say hello to my wife, I just don’t take it for granted," Cunningham said. "When I’m out here coaching today, I tell my kids, 'We haven’t got a chance to play basketball in how long?' If there’s anything I’ve learned in life it’s that it can be gone in an instant. Just that fast. Just that fast.”