“Get that sense of achievement. Helping out your family, that’s the best kind of feeling, ya know is helping others” 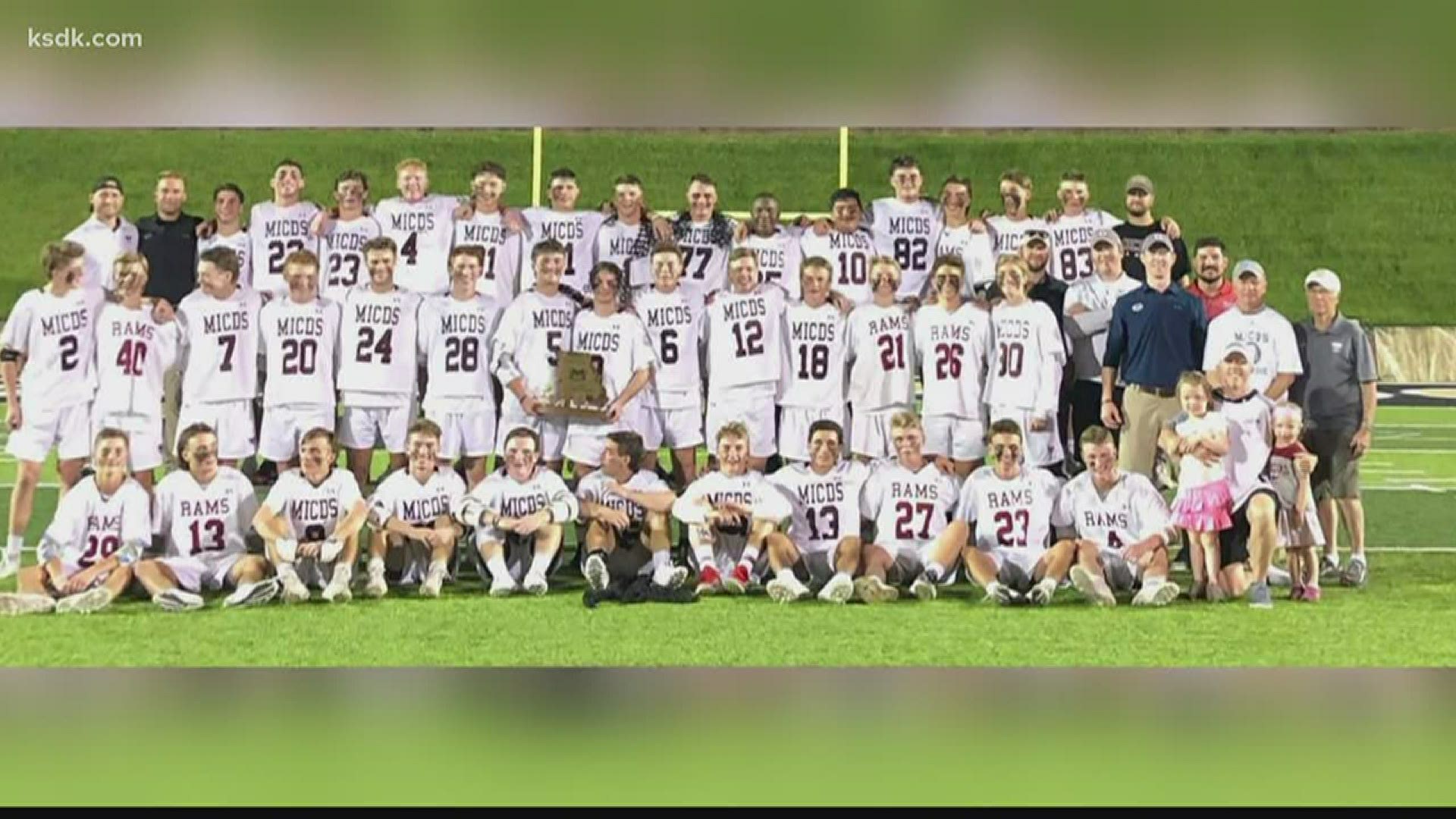 In 2019, the MICDS boys lacrosse team went undefeated in Missouri games for the fifth consecutive year and extended their in-state win streak to 92 games.

They prepared for the 2020 season the same, hungry for another state championship title, but that wouldn’t end up being possible.

“We came out of the gate feeling like maybe we needed to come up with some ways to keep our guys motivated to play for a potential season,” MICDS lacrosse head coach Andy Kay said. “And then obviously with the cancellation of the remainder of the school year and subsequent loss of our season in its entirety, we needed to shift focus and heal.”

“It’s been very hard,” MICDS lacrosse senior captain Joe Condie said. “This is something I’ve been looking forward to since I started playing lacrosse and especially at MICDS with the tradition that we’ve established. You know, your senior season and being able to make that state run.”

With the cancellation of the remainder of the school year, Coach Kay wanted to use team tradition to help his players focus on the bigger picture.

“Every year, our seniors before big games they are tasked to speak to the team about their experiences coming up through our program from seventh grade on,” Kay said. “And sometimes even earlier. And it seemed to me that that was something that we couldn’t take away from our guys that have worked so hard to get in this leadership spot.”

Coach Kay began assigning a different senior athlete to speak on Zoom each week to the 50 players in the MICDS lacrosse program. From state championship memories, to sharing what they’ve learned during their time at home.

Kay said he felt the seniors could use some motivation from those they’ve looked up to as well.

“We asked alum to give some advice back to the guys through social media about how to keep your mind right, how to support people in your own home and in the community at large, and then also obviously how to keep yourself physically fit,” Kay said.

The first former Ram to drop a video for the team was 2019 graduate midfielder Graham Bundy Jr, who now plays for Georgetown and Team USA U19 lacrosse.

“Graham is a pretty funny kid,” Kay said. “I mean ultimately what I think he understands is that routine is critical to endure at a time when you need to be patient. And so his,is more like, get up and make your bed. You gotta start somewhere each day. And that’ll allow you to avoid falling down on the couch and getting into a cycle that you don’t want to be in.”

Condie said this sense of team unity has helped him look at the bigger picture.

“It’s good to put it in perspective when, ya know, just doing little things around the house,” Condie said. “Ya know, get that sense of achievement. Helping out your family, that’s the best kind of feeling, ya know, is helping others.”