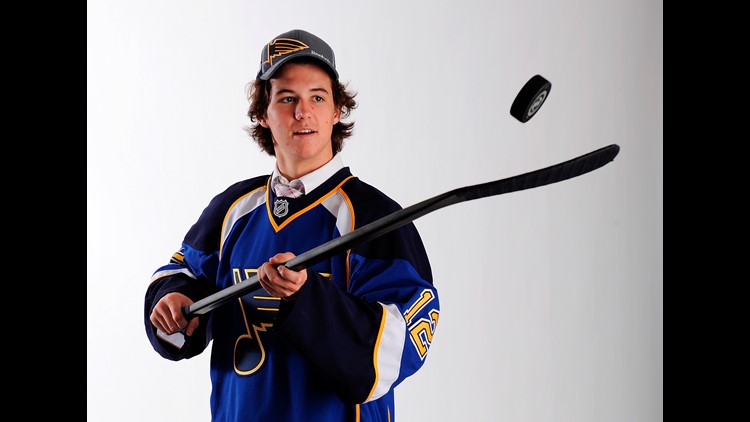 ST. LOUIS - The Blues are looking to their AHL affiliate in San Antonio for an extra boost Thursday night against the Montreal Canadiens.

The club has called up forward prospect Mackenzie MacEachern from the Rampage.

A Michigan native, MacEachern was drafted by the Blues in 2012 with the 67th overall selection.

NHL.com's Lou Korac reports that MacEachern will be on the fourth line Thursday night with fellow youngsters Sammy Blais and Ivan Barbashev.