In order for their daughter to walk, this Irish family relied on the one St. Louis doctor who could help. 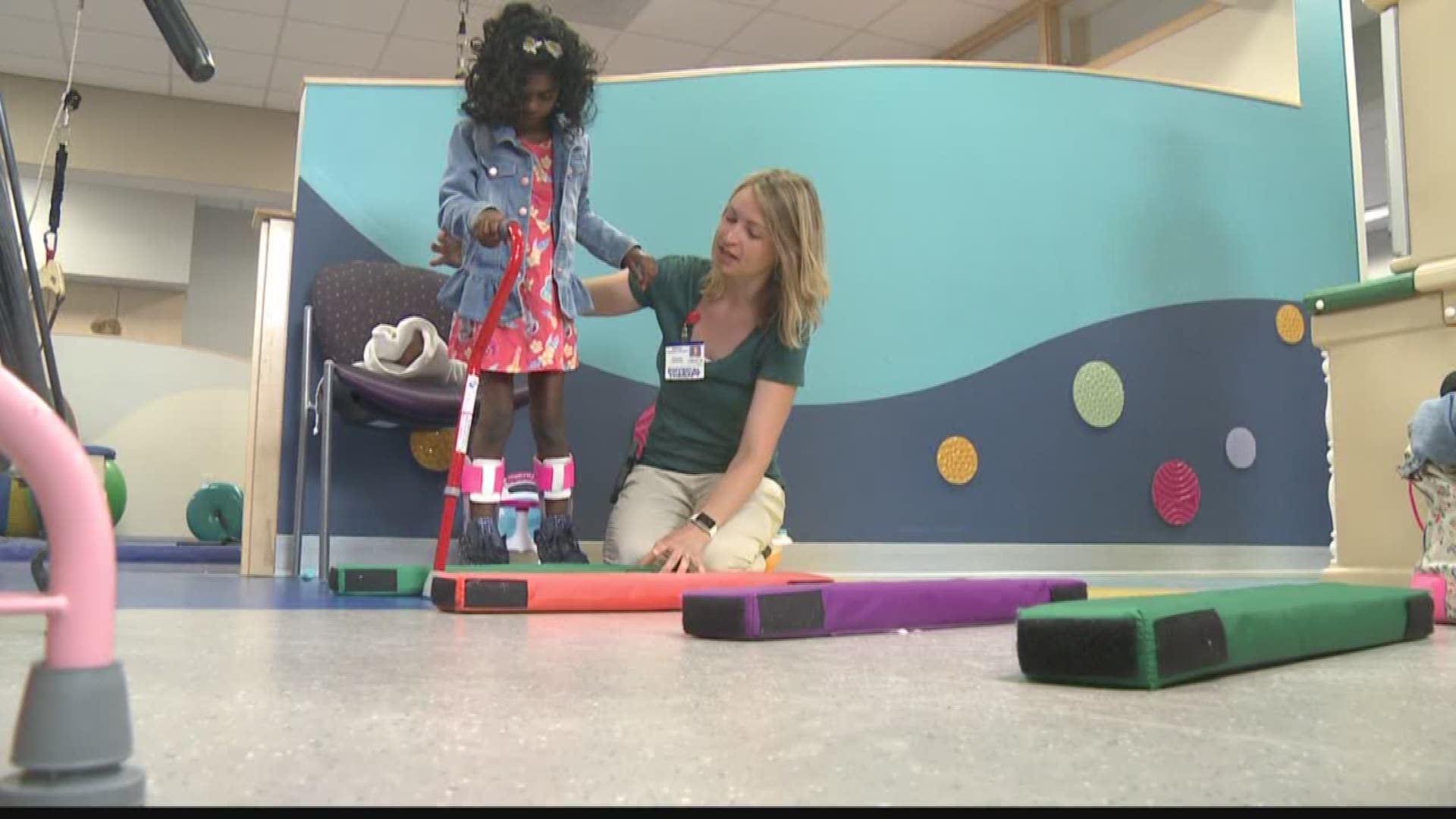 St. Louis — ST. LOUIS – Eric and Jenny Miller adopted their daughter in Sri Lanka more than two years ago. The Irish couple didn't let her cerebral palsy dissuade them. They knew there was a cure. And it was in St. Louis.

“The progress has been miraculous," said Eric.

Eric is a retired professional Irish rugby player who spent two years coaching in Sri Lanka following his playing career. He and his wife, along with their daughter Hannah, met Nisha at an orphanage in the country.

They fell in love with her right away.

“She had people twisted inside and out, just the way she sort of worked the room with people," said Eric. “She just felt part of the family since we’ve had her.”

Many children in Sri Lanka are abandoned if born with a disability. Nisha was discarded because she was born with cerebral palsy, her legs unable to function. She couldn't walk.

But Jenny did some quick research and discovered there was one doctor in the entire world who could likely allow her new daughter to walk. Dr. T.S. Park at St. Louis Children's Hospital.

Add in the fact that Eric's popularity in Ireland helped them raise enough funds to make the trip possible, the Millers flew to St. Louis hoping for a modern-day miracle.

Nisha had her surgery, a Selective Dorsal Rhizotomy (SDR) on May 22.

With the help of physical therapy, Nisha is now walking with assistance.

“To actually be witnessing her walking for the first time on Friday, it’s just hard to describe as a parent," said Jenny. “I guess I’m just still in shock that it’s happened so quickly.”

“The survival mechanism that she had to tap into has definitely served her here in terms of her determination and ability to want to walk," added Eric.

In fact, Nisha's progress has been so great, so fast, that doctors expect her to be walking independently sooner than expected.

“She’s progressing very quickly. I think she’ll be an independent ambulator in the not too distant future," said Becca Oschwald, Nisha's physical therapist.

Irish luck? Of course not.

“God led our path and we left it in his hands," said Eric.

"Something beautiful was created, thankfully, out of a very, very bad situation. And we hope that will be a story that people can tap into and something that can resonate," he said.

The Miller's return home to Ireland this weekend. They especially wanted to thank everyone who made their life-changing trip possible.

“I really want to thank everyone from home," said Eric.

“We’re just so thankful to obviously donors at home, and the platform for my career that we were afforded so people could obviously fundraise, and people could see her progress, and be really heartened," he said.