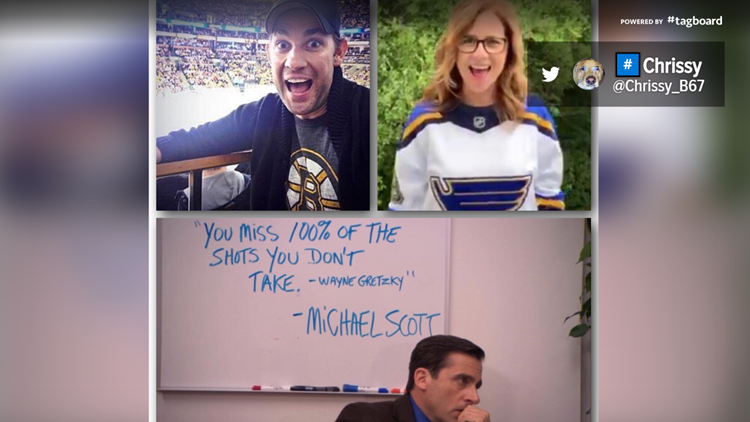 ST. LOUIS — There seems to be some competition going on between a Blues fan and a Bruins fan, and it's not an everyday St. Louis rivalry you normally see.

Jim and Pam—one of the most beloved couples in TV history—are having a battle on social media after the Blues defeated the San Jose Sharks 5-1 in Game 6 Tuesday night to set up a Blues-Bruins Stanley Cup Final.

Actress Jenna Fischer, who played Pam Beesly on 'The Office,' is a St. Louis native who has been publicly supporting the Blues all season long.

Moments after the Blues won Game 6 Tuesday, actor John Krasinski—known as Pam's husband Jim Halpert on the show—tweeted a picture of the two in their hockey gear saying "Uh oh..."

Fischer responded to Krasinski's tweet and said "This is going to be interesting..."

Krasinski is from Massachusetts and is a Boston Bruins Fan.

Fischer made a video earlier this month rooting for the Blues before Game 7 against the Dallas Stars and shared the video posted by the St. Louis Blues. 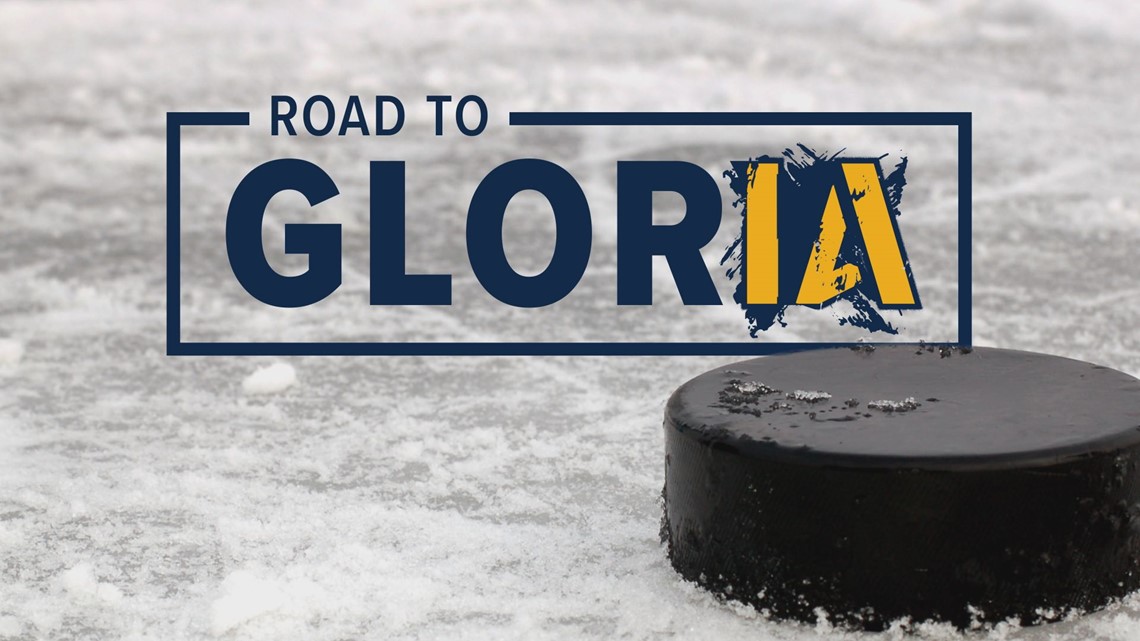 Fischer and Krasinski are known for their romantic relationship on the show and even though they aren't dating in real life, maybe we will spot 'Pam and Jim' at a game together during the Stanley Cup Final.

St. Louis Blues advance to the Stanley Cup Final with 5-1 win in Game 6