Meet your 2019 Cards: Paul Goldschmidt is ready to mash in St. Louis

Paul Goldschmidt knows what baseball in St. Louis is all about, and he's ready for everything that comes with it. Check out our full interview with the Cardinals' newest superstar at spring training. 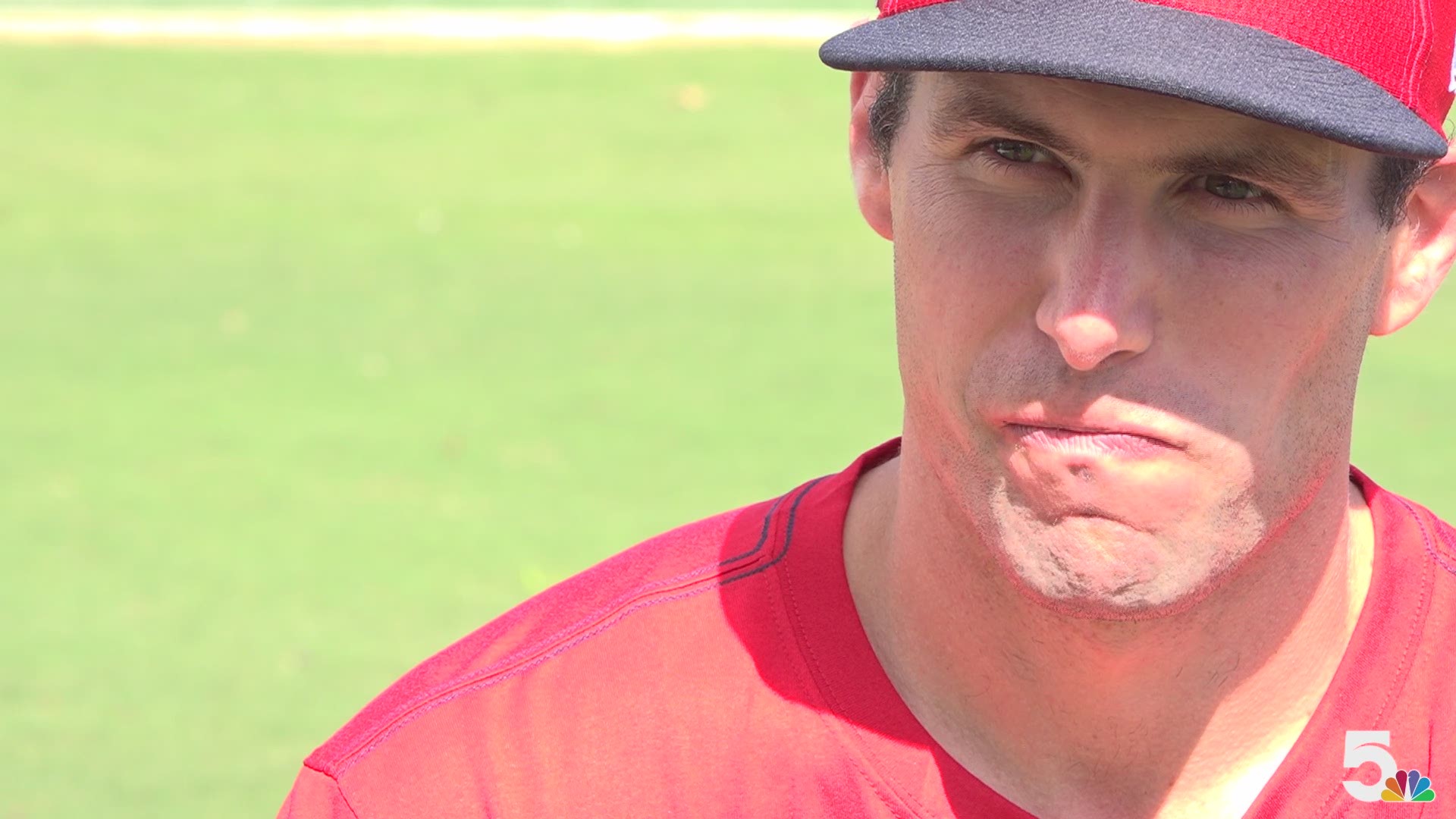 You could argue the Cardinals have been without a true offensive superstar since Albert Pujols skipped town for the west coast.

You can't say that anymore with Paul Goldschmidt in St.Louis.

We sat down with the newest Cardinal at spring training in Jupiter to see how life has been treating him so far as a redbird. St. Louis, we think you're going to like this guy.

The 31-year-old first baseman is just what the doctor ordered for St. Louis.

The Cards have their middle of the order thump back.

Out of all the active players in baseball, Goldschmidt is sits at 19th in total WAR for his career. He's ahead of big names like Giancarlo Stanton, Josh Donaldson, Justin Upton, Jose Altuve, Bryce Harper and Manny Machado.

He's a six-time all star, a 4-time silver slugger and a 3-time gold glover at first base. 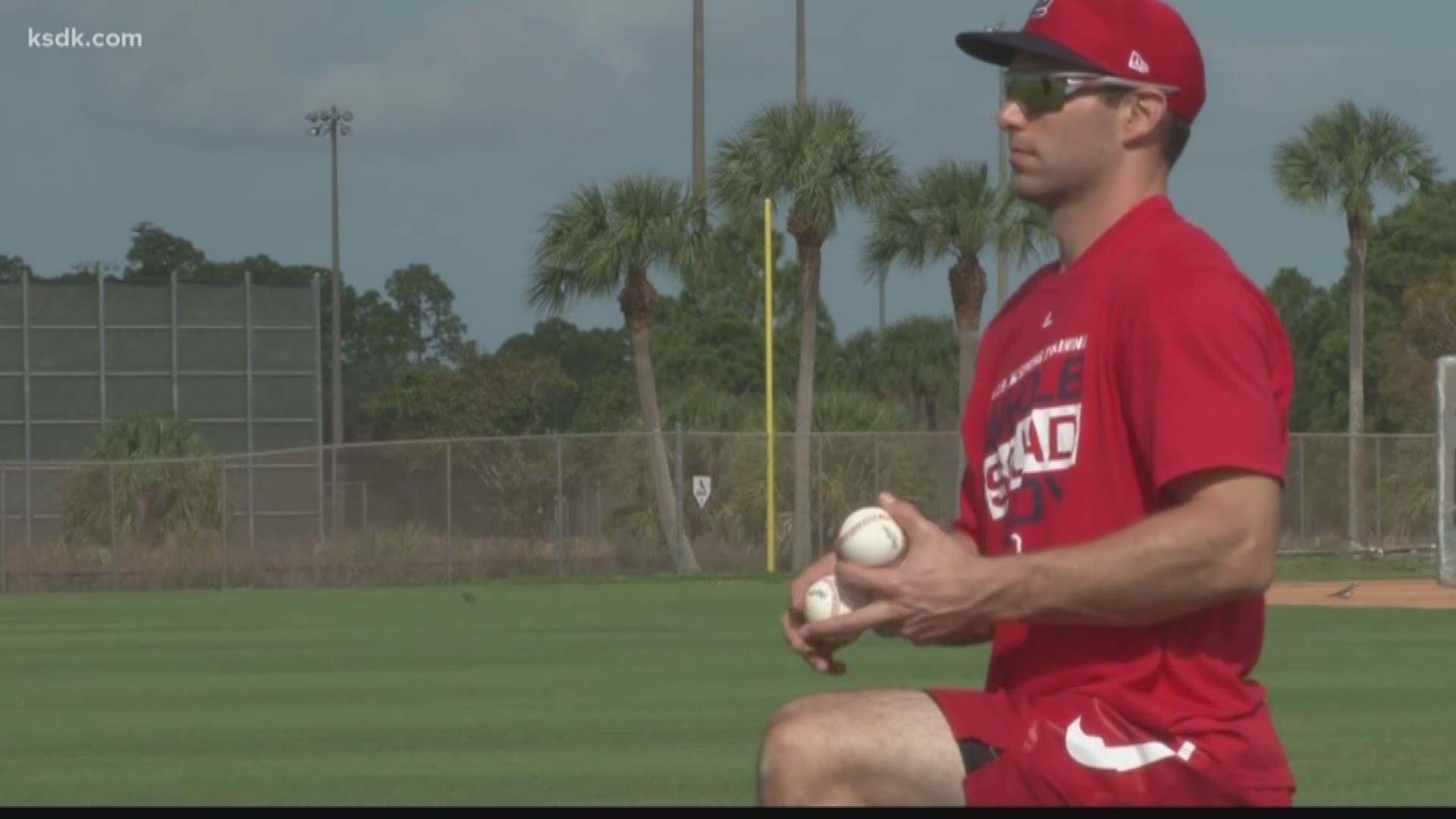 The Cardinals were near the middle of the pack in OBP, SLG and OPS last season. Goldschmidt should help bump those numbers up immediately.

'Goldy' could also prove to be beneficial for his teammates as well.

Expecting he hits third, he'll give Marcell Ozuna, Paul DeJong and Matt Carpenter some protection, and perhaps they'll get a few more pitches to hit, since pitchers will be worried about the slugging Goldschmidt.

Goldschmidt isn't just stats, though. He knows just how important baseball is to St. Louis.

"I was at opening day as a visiting player last year against the Cardinals and you see how the city shuts down and how great of a day it is and I'm excited to be part of that," Goldschmidt said.

Most of the talk since the Cards shipped Carson Kelly and Luke Weaver to Arizona for 'Goldy' has been about his expiring contract. He's set to be a free agent at the end of 2019.

Goldschmidt has remained steadfast in his commitment to not comment on questions about his contract, including during our interview with him in Jupiter.

If the fit works out as good as it looks on paper heading into the 2019, I would expect the Cards to roll out the Brinks truck for Goldschmidt next offseason.

Talent-wise, third baseman Nolan Arenado is really the only position player of a similar caliber that will rival Goldschmidt in the free agent market next season. If 'Goldy' falls in love with St. Louis (in a similar way Mark McGwire did after a trade from Oakland in the late 90's), the Cards would be wise to lock him up during the season.

2019 is probably the biggest season of Paul Goldschmidt's career. It also has the potential to be his best yet. Cardinals fans are hoping the ovation Goldschmidt will get on opening day won't nearly be his last.