It will be his 16th season with the Cardinals. 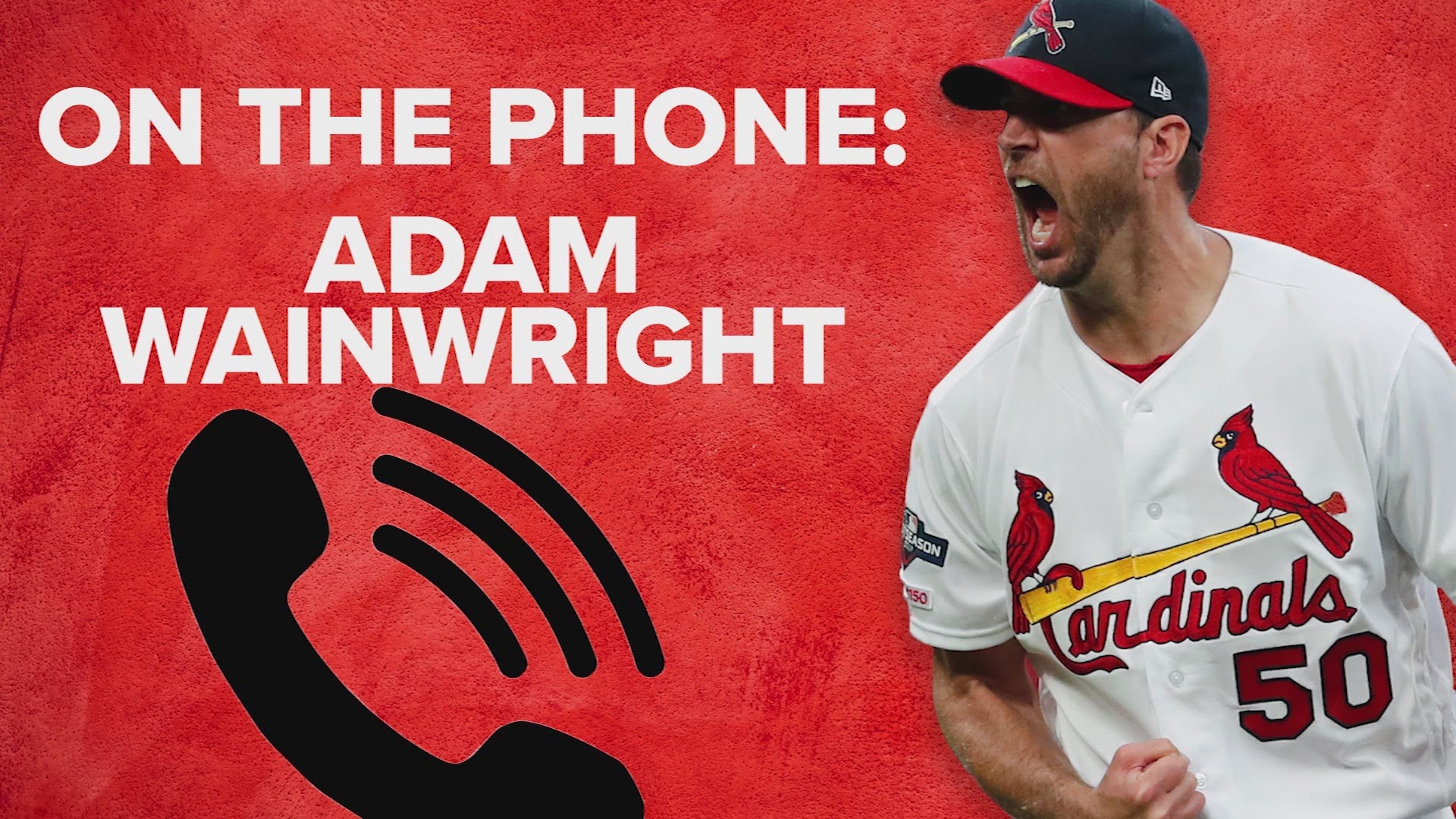 ST. LOUIS — There is one basic reason why Adam Wainwright is coming back to pitch for the Cardinals next season — the way he pitched in September and October convinced him it wasn’t time to quit.

“I really enjoyed pitching down the stretch,” Wainwright said on Tuesday during a conference call with reporters. “I really enjoyed pitching that postseason. That was big for me. I really wish we could have won a World Series obviously but feeling those juices flowing like that for the first time in a few years just was an empowering feeling. It was something that I wasn’t quite ready to walk away from.”

The Cardinals and Wainwright made his return official on Tuesday, announcing that he had agreed to terms on a one-year contract. It will be his 16th season with the Cardinals.

Whether or not that will be Wainwright’s last contract was not something he was prepared to discuss on Tuesday although he said the “likelihood” was that 2020 would be his final season but he added, “who knows how those things work out?”

Wainwright will be 38 when next year begins and will turn 39 a month before the end of the regular season.

There have been multiple times in the past few seasons when Wainwright thought his career was almost over, almost all because of how he felt physically. Last winter, he agreed to a largely incentive-based contract because he wasn’t certain how healthy he would be or how he would pitch.

“Last year’s contract was more about me needing to prove mainly to myself then to my teammates and the Cardinals that I still had something left to give and that I was still capable,” Wainwright said. “If I had gone out and been injured throughout the season and struggled left and right then I would have gratefully and thankfully walked away knowing that I had a decent career with a great organization, and I’d have been okay with it. But I felt like I got better as the season went on.

“In September and October especially was the first time in three years that I felt like I was a force out on the mound. It was an incredible feeling to go out there with a plan in place, but be able to alter that if I saw a hitter adjusting or whatever but still having that plan, and making on mound adjustments. Being confident in my ability to go out and get the job done at the end of the season, especially in October, was higher than it has been in at least three years.

“That used to be my strength. When you are hurt or hurting, it’s hard to have that level of confidence. It took me a few months this year to really buy into the fact that I was healthy again and believe in my ability.”

Two people who helped him do that were Chris Carpenter and Jack Flaherty, both of whom pulled Wainwright aside for private conversations. Carpenter, who has long been one of Wainwright’s biggest mentors, did it twice.

Carpenter told Wainwright, “’You need to trust yourself, because your stuff is good again. And you need to go out there confident.’ It’s one thing to say that and it’s another thing to believe that. He did it again later on in the season.

“Flaherty did the exact same thing this year in late August. He pulled me aside, which, you know, takes some cojones to do that to a 14-year vet when you are a second-year player. And he said, ‘We need you to be what you can be and I think you can be better than you’ve been, and you need to believe in yourself again.’ It was kind of like right out of Chris Carpenter’s mouth... It was such a good challenge for me.

“At first I kind of wanted to ruffle up my feathers and give him a kind of a staredown, but I kind of looked at him and I was just like, ‘You know what, you’re exactly right.’ I carried that into September.”

Wainwright went 5-1 with a 2.97 ERA in September, allowing just two runs, and only one earned run, in his first four starts of the month in a combined 27 innings. In two starts and three appearances in the postseason, he allowed just three runs in 16 2/3 innings. He missed only one start during the season, because of a sore hamstring.

Despite that success, and a personal feeling that he still wanted to pitch, the decision to come back for another season was not made until Wainwright had time to discuss it with his wife and children. He had to be convinced that all were comfortable with his decision to keep playing.

“I have to keep reminding myself that this is not just about me anymore,” he said. “There’s way more involved that just me now. We’re trying to raise five kids.”

Wainwright’s children range from 13 to less than a year old. His older girls are playing soccer, volleyball, basketball and golf. There are singing lessons and piano lessons in addition to school activities.

“I had to make sure everybody was on board and when I heard that, for sure, a couple of times then I believed them and we moved forward with trying to get something done.,” Wainwright said.

Wainwright admitted that he knew there was a chance he might not come back to St. Louis, even though that was his definite preference. Had a deal not worked out with the Cardinals he likely only would have gone to another team if he had received a two-year contract.

“I’ve got to be the easiest, and also the hardest, person to work with from an agent standpoint,” Wainwright said. “Teams know I want to come here. From a negotiating standpoint, you don’t have 29 other teams making competitive offers. We did consider it (other teams) a little bit.

“What it took for us to come back was the assurance of being somewhere that we knew. We were comfortable with the Cardinals, somewhere that we love. … But if somebody would have called with a two-year deal and a really nice place with a chance to win I would have had to consider it just for what you can do with that money that you’d be receiving. My financial advisor would have slapped me in the mouth and told me, ‘You know how many mouths we could have fed or houses we could have built for people who needed that money’?

Wainwright also had to go through some self-examination about his health, always a concern in recent years, before making a final decision.

“I feel 100 percent healthy or I wouldn’t even have considered it,” he said. “If my arm was hanging or my elbow was barking or any of that I would have not even considered it. … When life becomes hard because of pitching, when it becomes hard to eat with a fork or zip your pants or button your shirt because of pitching, it’s probably time to stop pitching. All that is behind me seemingly and we’re going to try to keep it that way.”

Wainwright’s goal for 2020 is to pitch like he did and feel like he did, at the end of this season, once he was able to move past his own doubts.

“There was a little part of me early on (in the season) that was like, ‘Am I really OK? I think I’m OK and I keep telling people I’m OK, but am I really OK?’ As the season wore on it became more and more clear.  Sometimes it takes a little time to fully believe after you’ve been through a year and a half of injury like I had.

“I pitched like I expected to pitch. I expected to be great, deep down, with a realness that I hadn’t had in years. That was always what made me a really good pitcher, something I had been lacking for a couple years if I was just going to be honest with myself.” 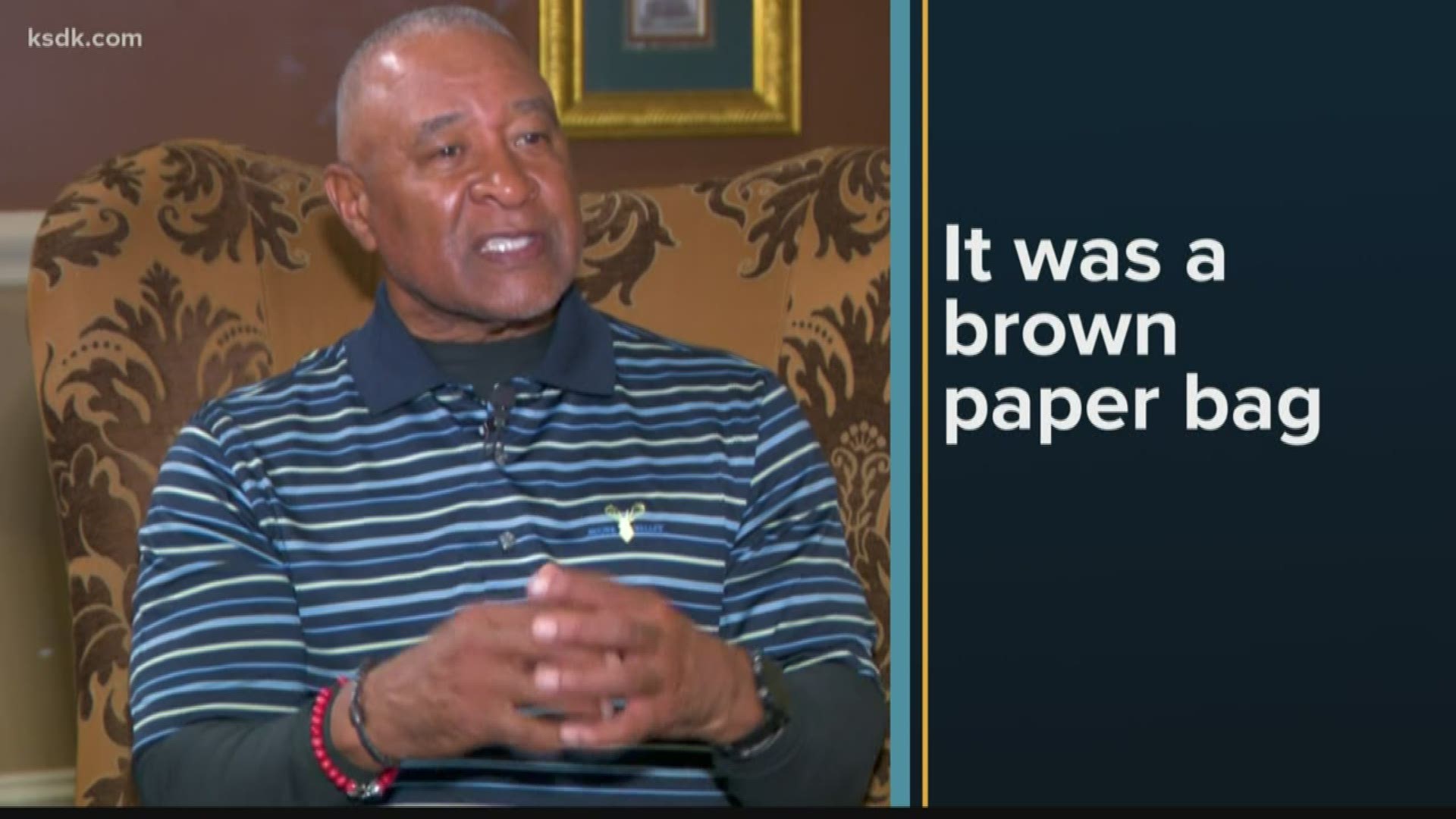