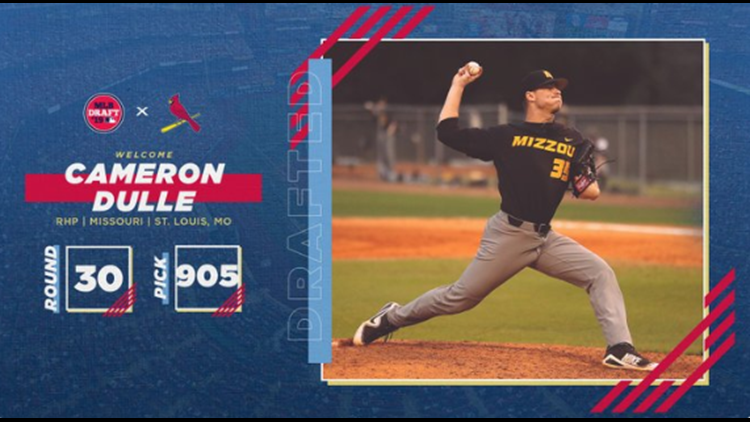 ST. LOUIS — The St. Louis Cardinals draft Cameron Dulle in the 30th round (905th player overall) in Day 3 of the MLB Draft.

Dulle out of Oakville, is a junior right-handed pitcher from the University of Missouri-Columbia.

He made 10 appearances during his second year of eligibility at Mizzou and posted a 1-0 record with a 6.55 ERA over 11.0 innings pitched.

He finished out his junior year strong and was sensational over his final four appearances, allowing just one hit over 4.2 innings with four strikeouts.

Dulle also had shutout performances in seven of his 10 appearances as his ERA was inflated by three outings during which he allowed multiple runs.

Cardinals go for pitching, pitching and more pitching on second day of draft

Here's what to know about Cardinals draft picks