The new ownership group will use the slogan '#MLS4THELOU.' 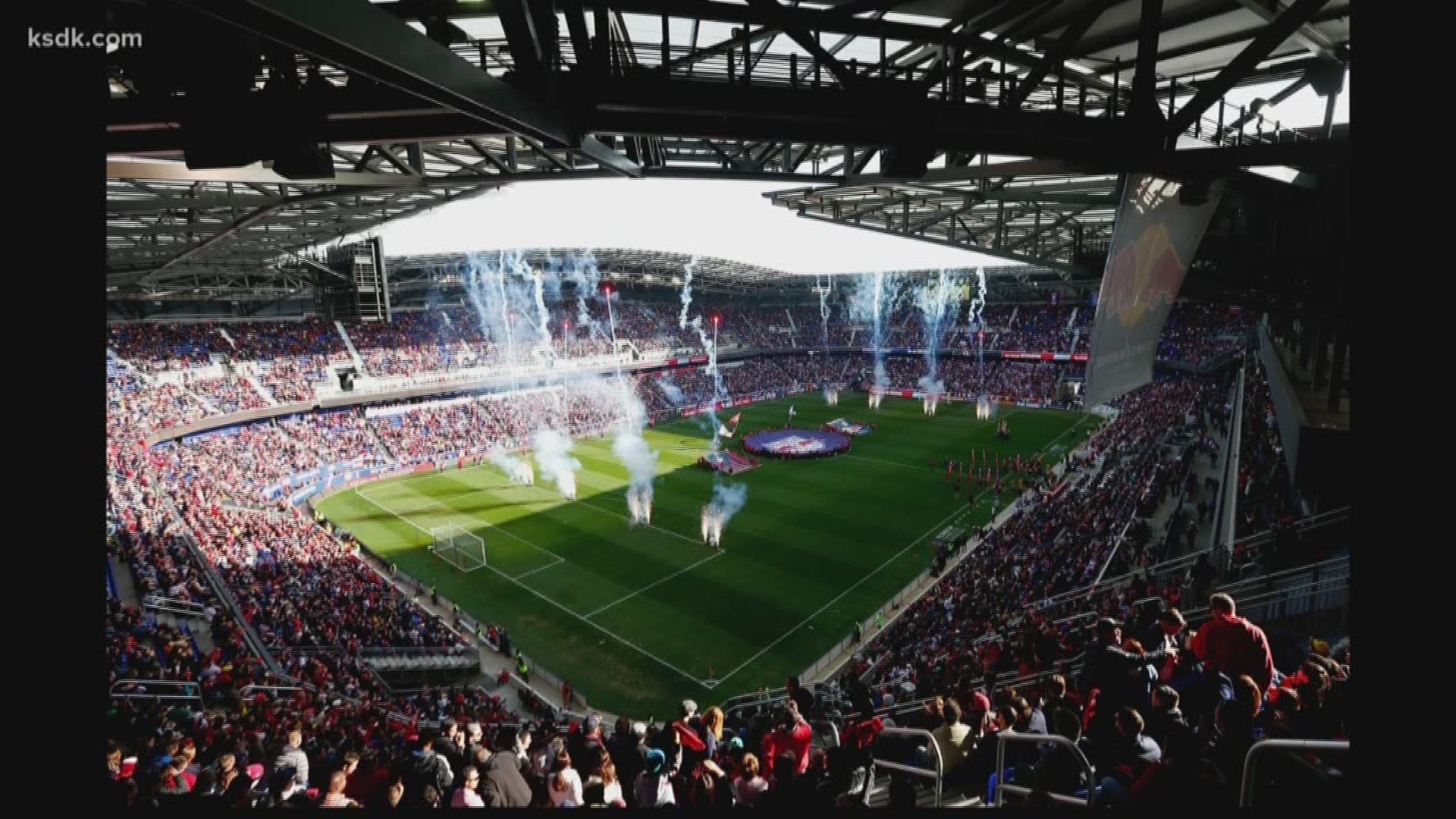 ST. LOUIS – The push is back on to bring Major League Soccer to St. Louis.

Tuesday afternoon, a St. Louis-based ownership group announced its mission to bring a Major League Soccer club to St. Louis. The new ownership is composed of multi-generational members of the Taylor and Kavanaugh families.

The new ownership group will use the slogan ‘#MLS4THELOU.’

The #MLS belongs in The #STL. Learn about our plan to bring soccer home at https://t.co/uEpgTUeiMl #MLS4TheLou pic.twitter.com/AKvk8hcaxn

"We recently met with the Taylor Family and Jim Kavanaugh regarding their new vision for Major League Soccer in St. Louis and are impressed by their commitment to the MLS effort,” said Dan Courtemanche, Major League Soccer Executive Vice President of Communications, “We look forward to spending time with them during the coming months to learn more about their plan.”

How would it be funded?

According to the group, their proposal is ‘overwhelmingly’ privately financed. The ownership group has no intention of requesting citywide tax revenues or tax increment financing. The group hopes to reach a ‘fair proposal’ that works for all. City and state officials are involved in the discussions which could include incentives such as abatement of the city amusement tax or ‘user taxes’ that allows for the collection of some tax revenue from only those who attend events.

The #MLS4THELOU group’s vision is to build a club that excels both on the field and within the community. The combination of the Taylor family and Jim Kavanaugh merges a love for St. Louis and soccer, and creates an ownership team with strong business, philanthropy and soccer credentials.

“We believe an MLS team will bring together the many different segments of the St. Louis community, uniting people in their passion for a global sport,” said Carolyn Kindle Betz, “It will be a strong attraction for the city and region as we work to bring young people and new talent for businesses. An MLS team will be an exciting addition to downtown St. Louis and further proof of a renaissance taking shape in the city we love.”

The group says it’s still early in the process, here are the group’s significant points

The 100-percent St. Louis-based, majority female-led ownership group has deep ties to the St. Louis community in business and philanthropy. The Taylor family’s long-standing commitment to the revitalization of St. Louis is proven through the number of philanthropic and infrastructure initiatives the family is actively involved and personally invested in throughout the region.

“We envision an MLS team as yet another way to increase the energy and momentum to an already wonderful city that means so much to us,” said Andy Taylor. “The addition of a third major league team speaks to our desirability as a place to work, live and play. St. Louis is a major league city that deserves the many benefits that come with an MLS club.”

As part of the ownership group’s commitment to be an exceptional club and neighbor, they will maintain open lines of communication with key civic, community and business leaders to help build a more equitable and vibrant St. Louis.

“St. Louis is a storied soccer city and has a rich past, present and future in the sport. St. Louis belongs in the MLS,” said Jim Kavanaugh. “Our goal is to ensure St. Louis’ rich soccer tradition not only continues, but flourishes for years to come.”

The ownership group’s proposal is overwhelmingly privately financed, and the ownership group has no intention of requesting citywide tax revenues or tax increment financing (TIF). With the end goal of reaching a fair proposal that works for all, both city and state officials are involved in the discussions which could include incentives such as abatement of the city amusement tax or “user taxes” that allows for the collection of some tax revenue from only those who attend events.

Overall, this proposal will request significantly less from the city and, based upon current information, will allow the city to receive new revenue.

Currently owned by the state, the preferred stadium site is adjacent to Union Station in the western part of downtown St. Louis. Sitting within an area of downtown that is currently undergoing an $8 billion redevelopment resurgence, this preferred location is between The Gateway Arch and Forest Park, connecting two of St. Louis’ most iconic civic spaces. In addition to the exhibition and regular season MLS home games, the open-air venue stadium also would be available for concerts, high school and collegiate tournaments, soccer camps, family shows and more.

The ownership group is still in discussions with the state to ensure the location will be a clean, buildable site for the stadium.

St. Louis has an unmatched soccer tradition, diverse population and incredibly passionate fan base. The city’s rich history and love for the game dates back to the 1950 World Cup team where five of the 11 U.S. players were immigrants from St. Louis’ “The Hill” neighborhood. Additionally, St. Louis University has won 10 NCAA Men’s National Soccer Championships and St. Louis’ current USL team, Saint Louis FC, has a strong, spirited following.

"I am thrilled to work with the Taylor and Kavanaugh ownership group to bring an MLS team to St. Louis. The private funding of this effort is an excellent business deal for our community," Mayor Lyda Krewson said. "St. Louis is a great soccer town; we play it, we watch it, now let’s score a team."

St. Louis’ youth club programs are strong and growing, with over 50,000 youth players in the St. Louis market and more than 4,000 youth teams in the metro area. The St. Louis region has raised and nurtured thousands of soccer players, many of which have competed and are competing in the highest professional leagues around the world. This is something owner Jim Kavanaugh can personally attest to as Kavanaugh is not only a successful businessman and World Wide Technology founder, but also played soccer in high school, college and professionally in St. Louis and was a member of the 1984 U.S. Olympic Men’s Soccer Team. Additionally, Kavanaugh led the successful effort to bring professional soccer to St. Louis in 2015 with Saint Louis FC of the USL.

“St. Louis has a strong history in U.S. soccer and I welcome the renewed effort to seek an MLS expansion team. I look forward to reviewing the financing proposal and my office stands ready to help ensure it is fiscally responsible for city taxpayers.”

Nearly a year ago, St. Louis was not selected by MLS as a finalist city, but it was still listed as a potential contender for future expansions. READ MORE: St. Louis not named as MLS expansion finalist.