It's a new loss for the Rams and Stan Kroenke in the courtroom in their fight against St. Louis, which has taken another step towards going to trial 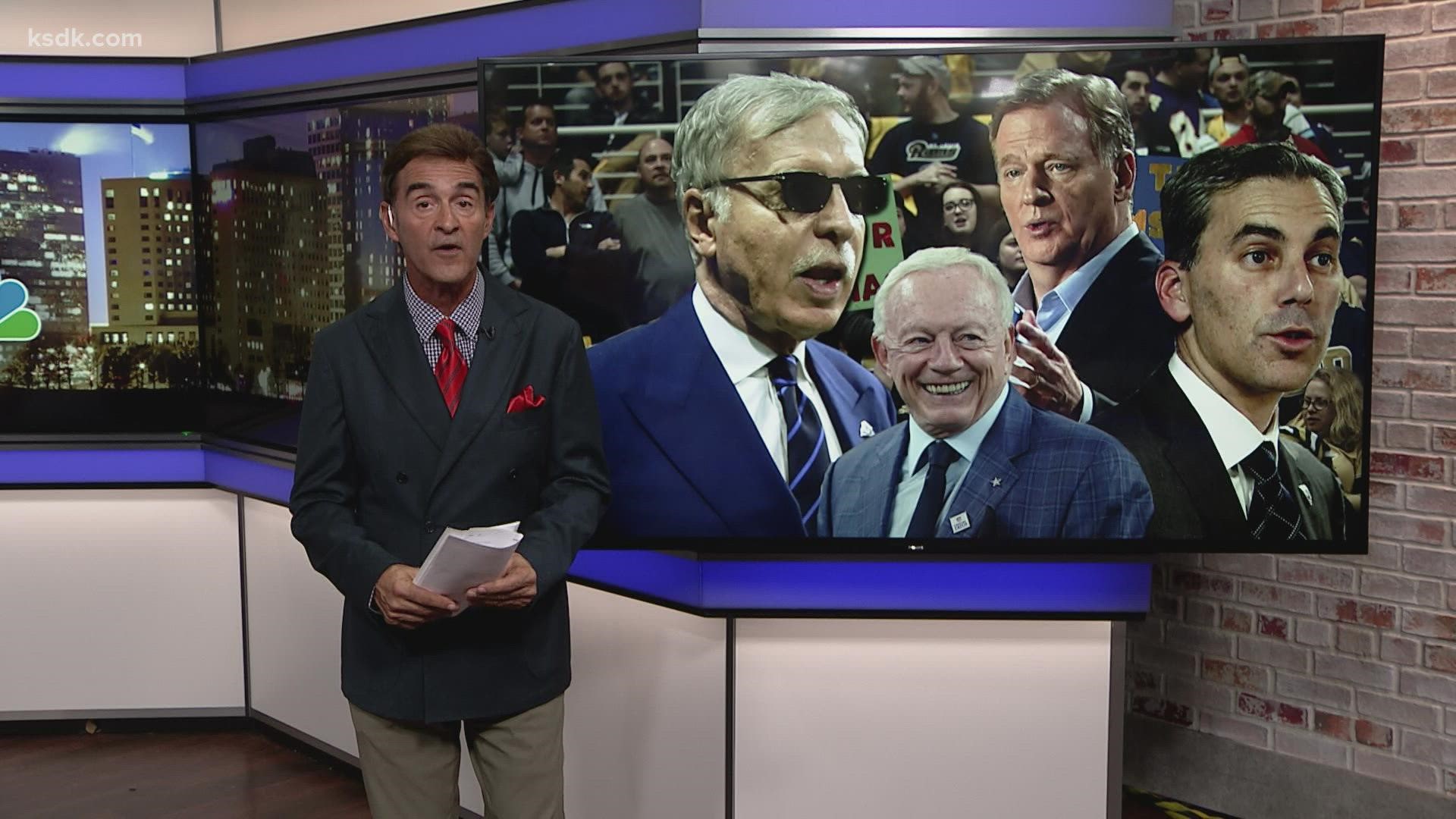 ST. LOUIS — The Rams, the NFL and Stan Kroenke suffered another setback in court this week.

On Monday, Judge Christopher McGraugh denied the NFL and the Rams' motion for summary judgement in a 16-page order obtained by 5 On Your Side. If summary judgement had been granted, it would have ended the case without progressing to a trial. The case now looks more certain than ever to end in either a settlement, or a jury trial in the City of St. Louis.

Lawyers for the Rams and the NFL have tried to get the case tossed and change the venue where the case is heard to somewhere other than St. Louis, but those have been turned down as well.

The St. Louis Regional Convention and Sports Complex Authority's suit against the NFL, Rams and Stan Kroenke has been an ongoing saga since 2017. The case revolves around whether or not the team adhered to the league's relocation guidelines when Stan Kroenke moved the team from St. Louis to Los Angeles following the 2015 football season.

Some local law experts have predicted to 5 On Your Side that if St. Louis and the RSA end up winning the lawsuit, it could come with a hefty payday of a billion dollars or more.

5 On Your Side sports director Frank Cusumano recently sat down with 101 ESPN's Randy Karraker and St. Louis Post Dispatch columnist Ben Frederickson to talk about the ins and outs of the ongoing case. You can watch the entire interview by clicking here.