But Rob, the long-suffering Blues fan, will persevere. 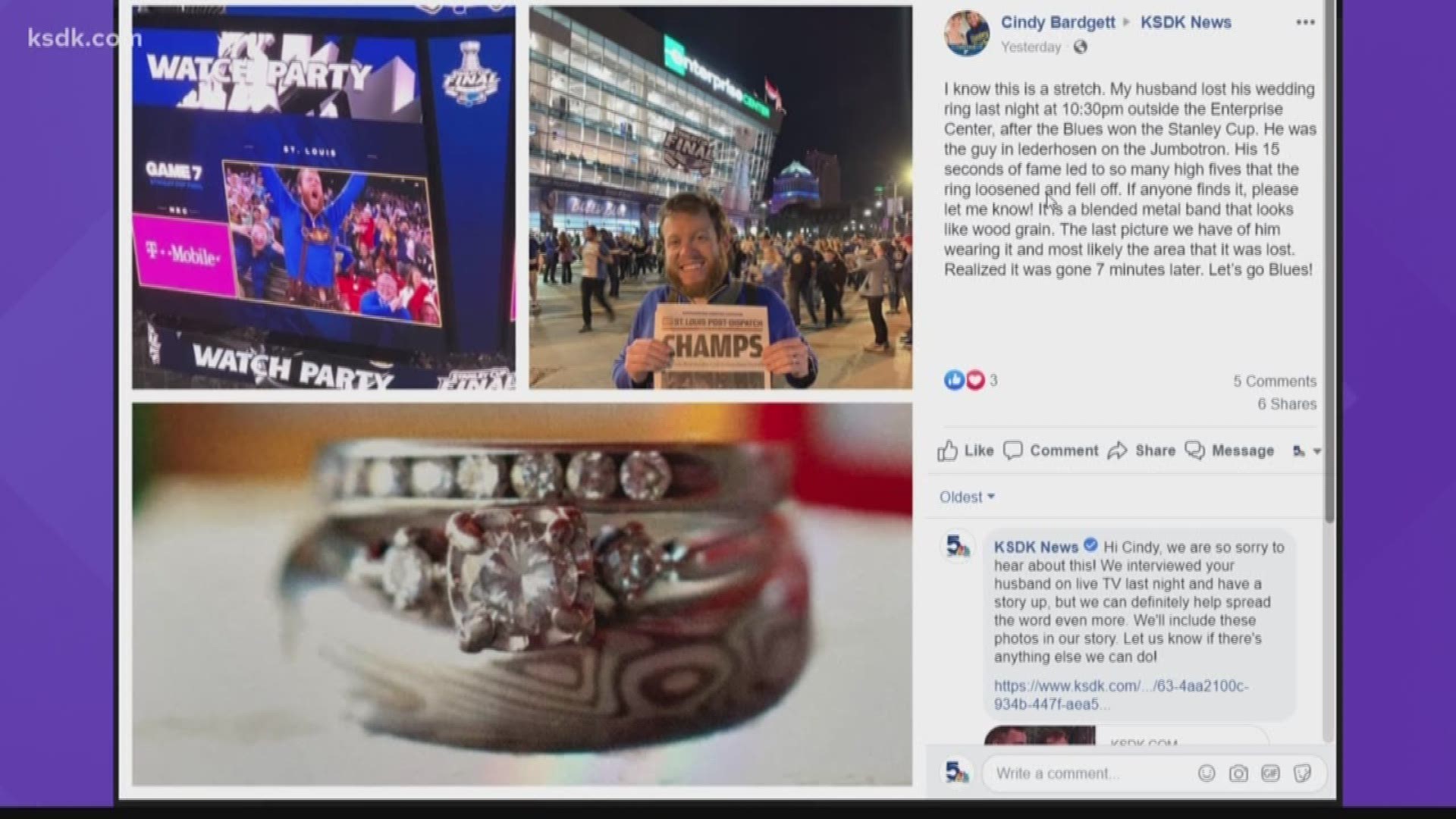 Update: After hearing Rob's story, Shane Co. Diamond Jewelers has stepped in and offered to replace his wedding ring if it isn't found.

A Blues fan named Rob is dealing with a wide range of emotions after the Blues' historic night. The long-suffering Blues fan celebrated the long-awaited Stanley Cup victory with a little too much fury Wednesday night.

You see, Rob was celebrating his way down Clark Street and was high-fiving fellow fans when he high-fived so hard his wedding ring flew off.

But Rob, the long-suffering Blues fan, who made it on the Busch Stadium jumbotron while wearing lederhosen and chugging a beer, will persevere.

When Casey asked Rob what his wife said, his response was, "Surprisingly nothing. I could see some anger and sadness, but she understands. I think she's also willing to accept silver for silver."

Rob's wife later reached out to 5 On Your Side looking for some help.

"His 15 seconds of fame led to so many high fives that the ring loosened and fell off," Cindy Bardgett wrote on our Facebook page.

She described it as a blended metal band that looks like wood grain. The last picture they have of him wearing the ring is in front of the Enterprise Center.

If you happen to find Rob's ring in the middle of Clark, or somewhere else, get in contact with his wife on Facebook. He thanks you in advance.