For those who didn't make it to Boston, there are two massive watch parties in downtown St. Louis. 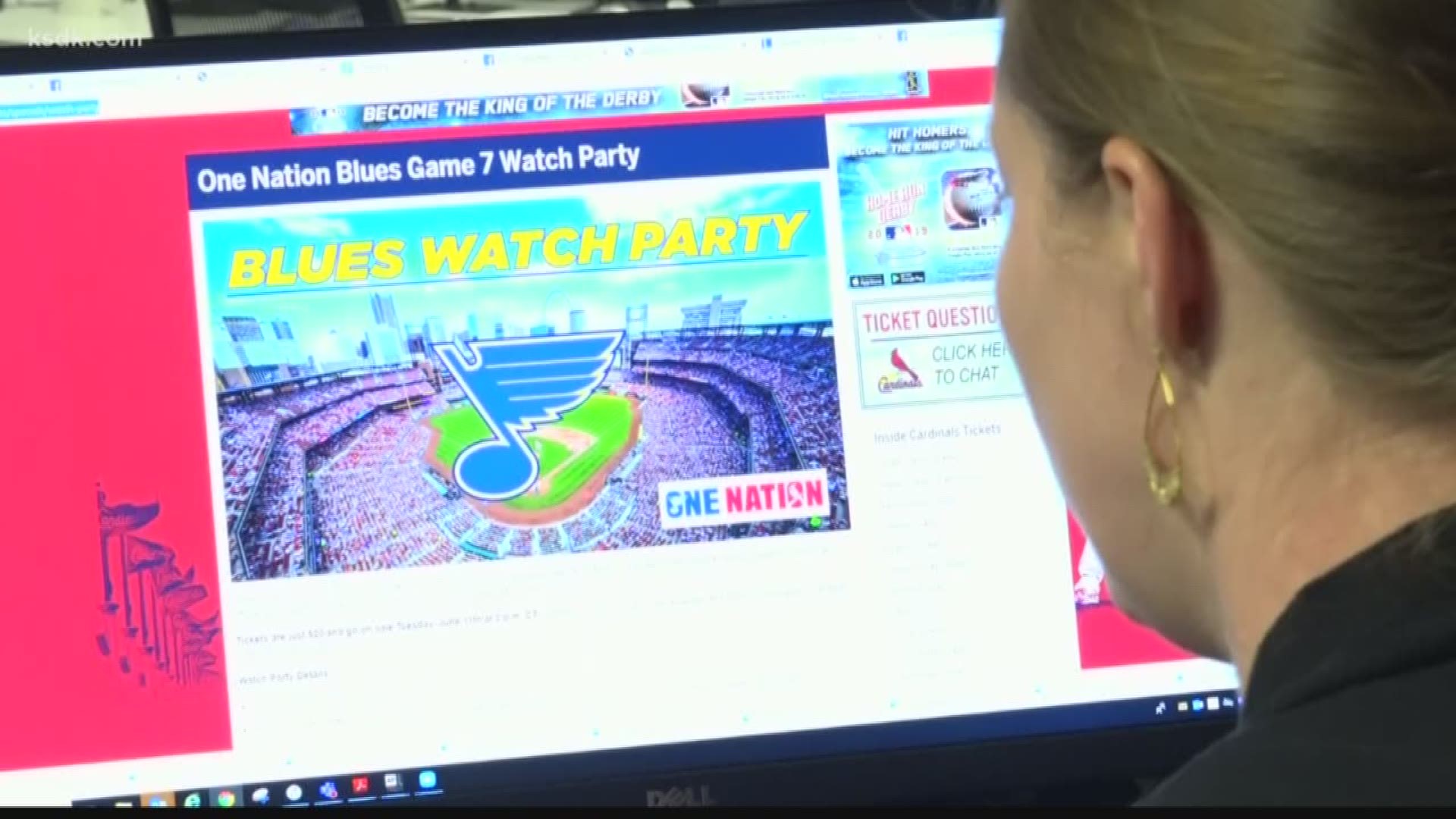 The Road to Gloria will end Wednesday night in Boston. The Blues face the Bruins in a winner-take-all Game 7.

For those who didn't make the trip, there are two massive watch parties in downtown St. Louis.

Busch stadium made the decision Monday to give fans the ultimate experience after Enterprise Center's watch party sold out in just 31 minutes.

"We're trying to get people from third base to around first base behind home plate, so the views are straight on to that scoreboard," President Bill DeWitt said.

They hope to do similar programming as Blues have during the games, but they aren't used to having the long breaks between periods. But they are going to have some entertainment.

They will also have their suites open in the hopes that suite holders will have watch parties.

Busch Stadium will have Blues merchandise available. If the Blues win, they will bust out championship merchandise.

Now that Game 7 will be shown on the main scoreboard at the Cardinals home grounds, one local vendor is happy for the flood of fans heading to the stadium.

"I was excited, I was like 'Oh yes, yes.' There'll be more people down here to go to the stadium, they got to pass me to go there," said vendor Arthur Jackson.

While everyone claims this is a baseball town, that theory may be squashed, as fans desperately try to get seats in these watch parties.

Ted Savage, who was an outfielder for the Cardinals and even won a World Series, knows how it feels to be the best in the nation. And he's ready for the Blues to have that exact same feeling.

"That opportunity doesn't come along every year. It's a feeling that you just can't believe," Savage said.

All the proceeds for the One Nation Watch Party will go to Cardinals Care and Blues for Kids.