Some Blues fans seeing red over switching to mobile-only tickets

Mobile ticketing is in effect for all Blues games, but not all Enterprise Center events. 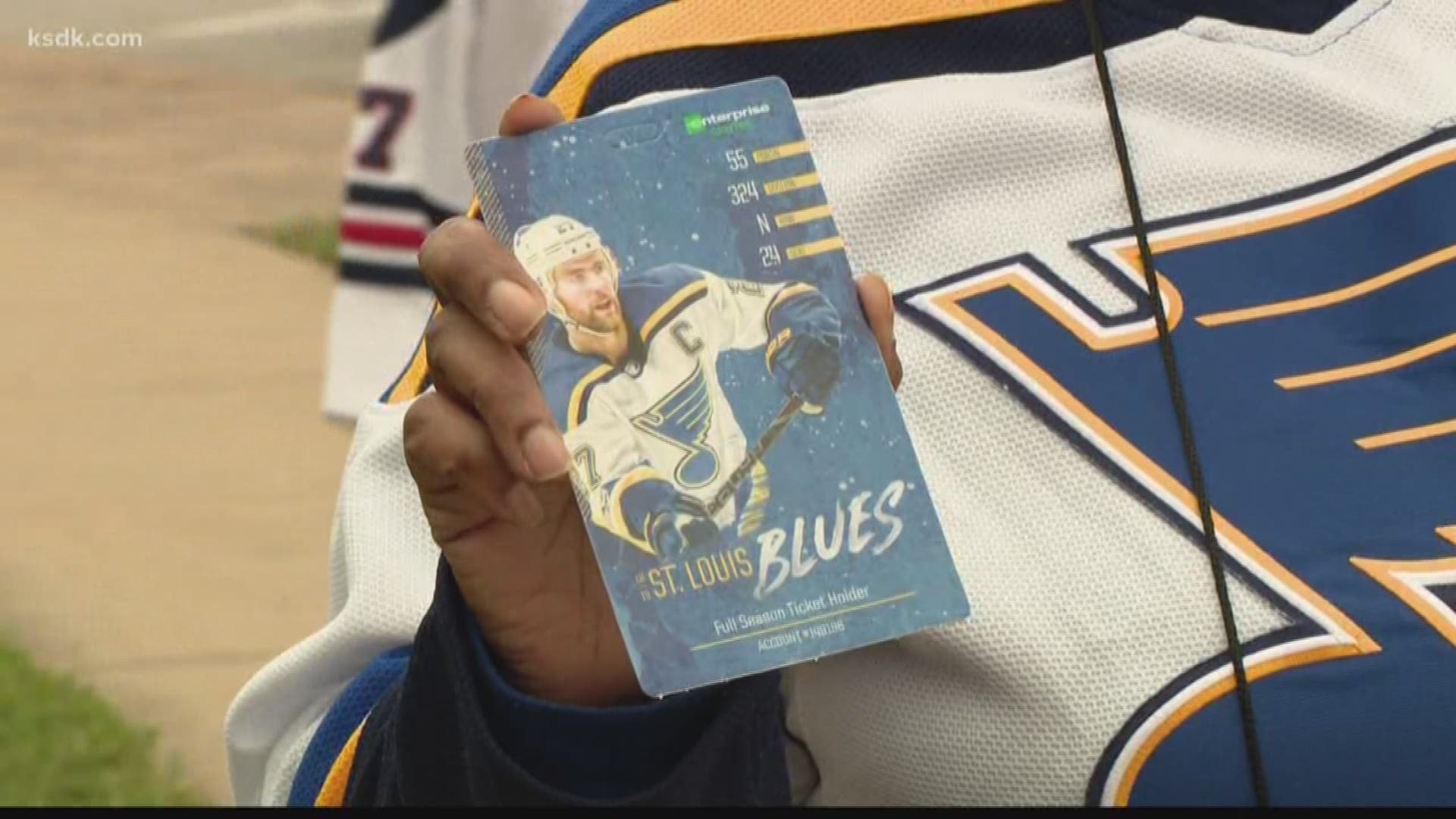 ST. LOUIS — There are lots of new changes this year for the St. Louis Blues –new players, a different name for the arena and big upgrades inside.

The most significant change has some Blues fans seeing red.

If you don’t have a smart phone or your phone dies for example, you can still go to the box office and provide them your email and they will print you a ticket to get into the game.

The plan is receiving mixed reviews.

"Everything we have is based on our phone or a computer, it’s only natural," said Bud Schilling.

"I have all kinds of issues with my phone, so I don’t want to do it that way," said Roselyn Henbrics.

Scott and Brett Edwards are embracing this brave new world.

"I think it eliminates scalpers, does it not? There’s really not an opportunity for scalpers to meddle in it," said Brett.

For some longtime season ticket holders, not so much.

"Having that paper ticket in your hand is just kind of a secure feeling you’re going to get in," said Tim Whitten.

Whitten said this change has ruined his dream for his man cave.

Same for Ellis, who said each ticket stub is like a portal to the past.

"Under today’s scenario, you wouldn't get a ticket for that," said Ron Ellis.

Beyond that, Ellis admits he acts his age.

"My 12-year-old grandson thinks I’m a grandson, he’s right, I am. But I don’t like all the modern changes," said Ellis.

The Blues seem committed to the switch, so these guys will either have to find a loophole or admit, it's just the ice-cold reality.

"I’m not going to quit coming just because they’re not giving out the tickets like I want them to, but it is a real pain in the butt," said Ellis.

So, there are some safeguards if your phone battery dies or there's a network error. You can still go inside the box office and get actual paper tickets.

The Blues also had ushers outside helping people pull up the tickets on their phone, so they were ready to get inside.

We'll see how it goes.