"It’s just so exciting to be home in East St. Louis and celebrate that," Dawn Harper-Nelson says. 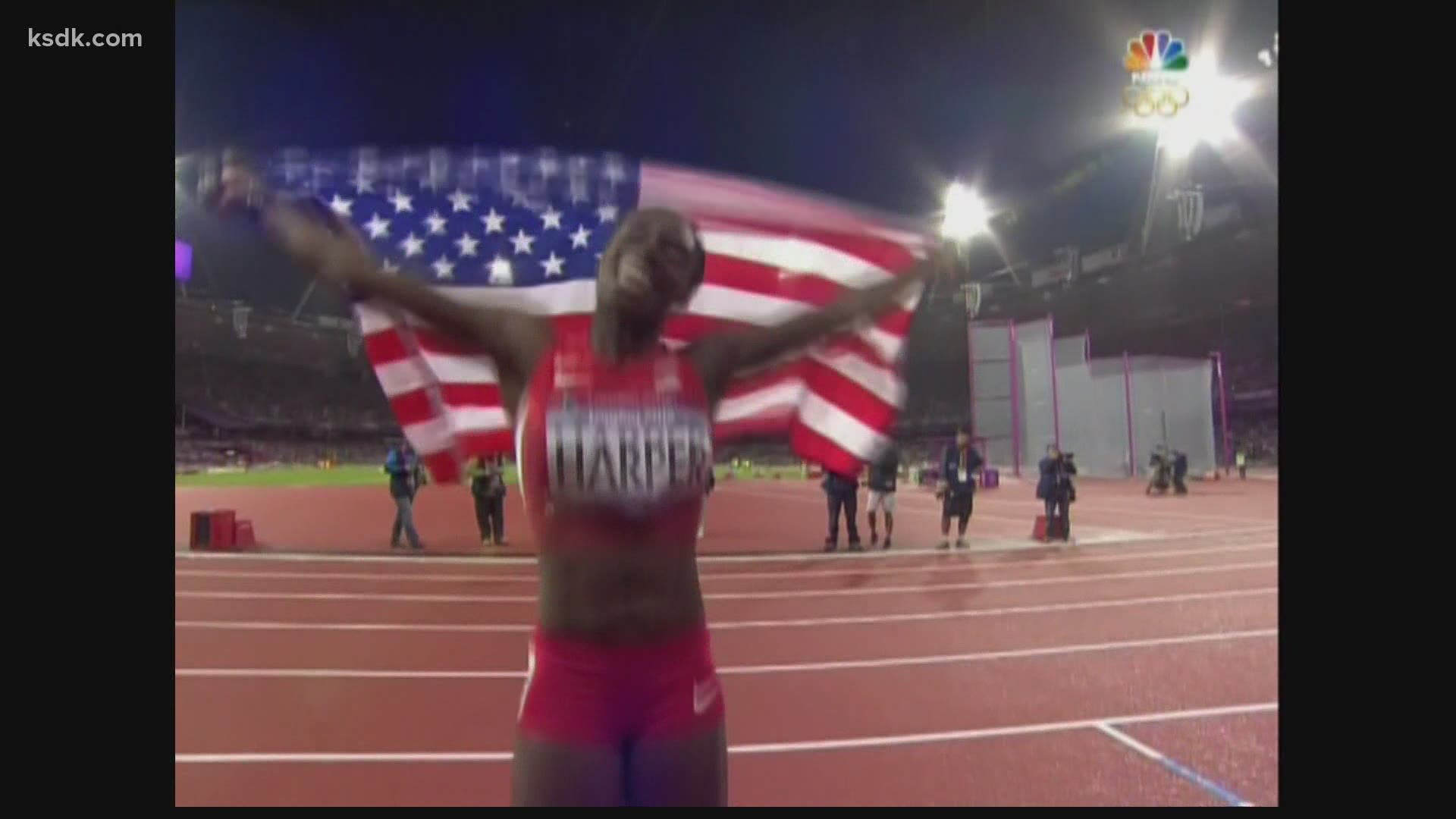 EAST ST. LOUIS, Ill — She's a two-time Olympic medalist and she believes she can get her hands on another one.

Dawn has worked hard over the last year training with her husband to get another chance at getting a medal.

Along the way, she became a new mom, and in winter 2019, announced she was coming out of retirement to train again.

But COVID-19 threw some hurdles.

That all changed when she heard some exciting news Tuesday.

Harper-Nelson got a message saying, "You know you qualify for the Olympic trials under Rule 8 right?"

Rule 8 means if you've gotten a medal in the last four years at a championship, you're automatically in the Olympic trials.

She won the 2017 World Championships.

"So today, I’m still on cloud nine, I'm like, 'What, I’m going? I’m going?' It’s just so exciting to be home in East St. Louis and celebrate that," she said.

On Wednesday, Harper-Nelson was back in Illinois to be with her home base.

She's back where it all started at East St. Louis High School. She graduated there as a six-time Illinois High School state champion, three each in 100-meter and 300-meter hurdles.

"I, on purpose, I need to come back, feel the track, feel the energy, feel the encouragement from the people of East St. Louis," she tells 5 On Your Side. "I understand I have the city and my people on my back."

But it's not just to get fueled up before heading out to trials.

This is also a way to inspire the boys and girls here, who are doing the same thing she did.

"That’s what it’s all about, having them believe in themselves and know that anything is possible and just keep training and the sky is the limit," she said passionately.

Most importantly, she's taking this leap to be a role model for her little one.

"Just her energy, seeing her face is going to help mommy stay focused even more. I think I’m going to do it again and I’m excited!" she said.

The Olympic trials are right around the corner — June 18-27, in Eugene, Oregon.

Harper-Nelson has to be there June 19.

She said every day until that point, she will be on a strict plan, preparing.

5 On Your Side also spoke to St. Louis Sports Commission President Frank Viverito, who said having Harper-Nelson qualify is so special, especially since the Olympics have a close tie to St. Louis.

It was America’s first Olympic city.

"It was the first place gold, silver and bronze medals were ever given in the Games," Viverito said. "So the Olympics will always be special to the community, and Dawn is very special to us as well."