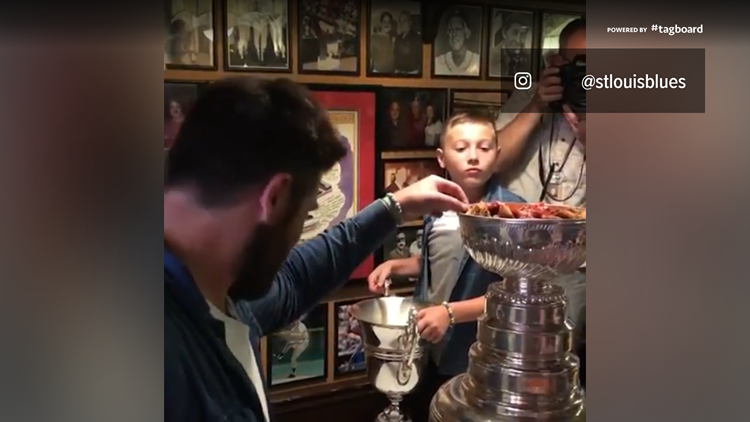 ST. LOUIS – It doesn’t get better than this…

The Blues shared a video of Maroon and his family eating toasted ravioli.

Not only was Maroon there, but superfan and good luck charm Laila Anderson was also there. The crowd inside the restaurant cheered as Anderson ate a toasted rav out of the Cup.

Anderson has been an inspiration to the Blues throughout their journey to the Stanley Cup championship.

READ MORE: Maroon on Laila | ‘What she has to go through every single day – it’s a lot tougher than what we have to go through’

Ryan O’Reilly was also there.

Maroon started his day with the Cup eating Cinnamon Toast Crunch with his son, Anthony.