Kaylah Rainey was told her senior season was over before it even started when she was diagnosed with a life-threatening heart condition. Following surgery, she's surprised everyone with a tremendous comeback. 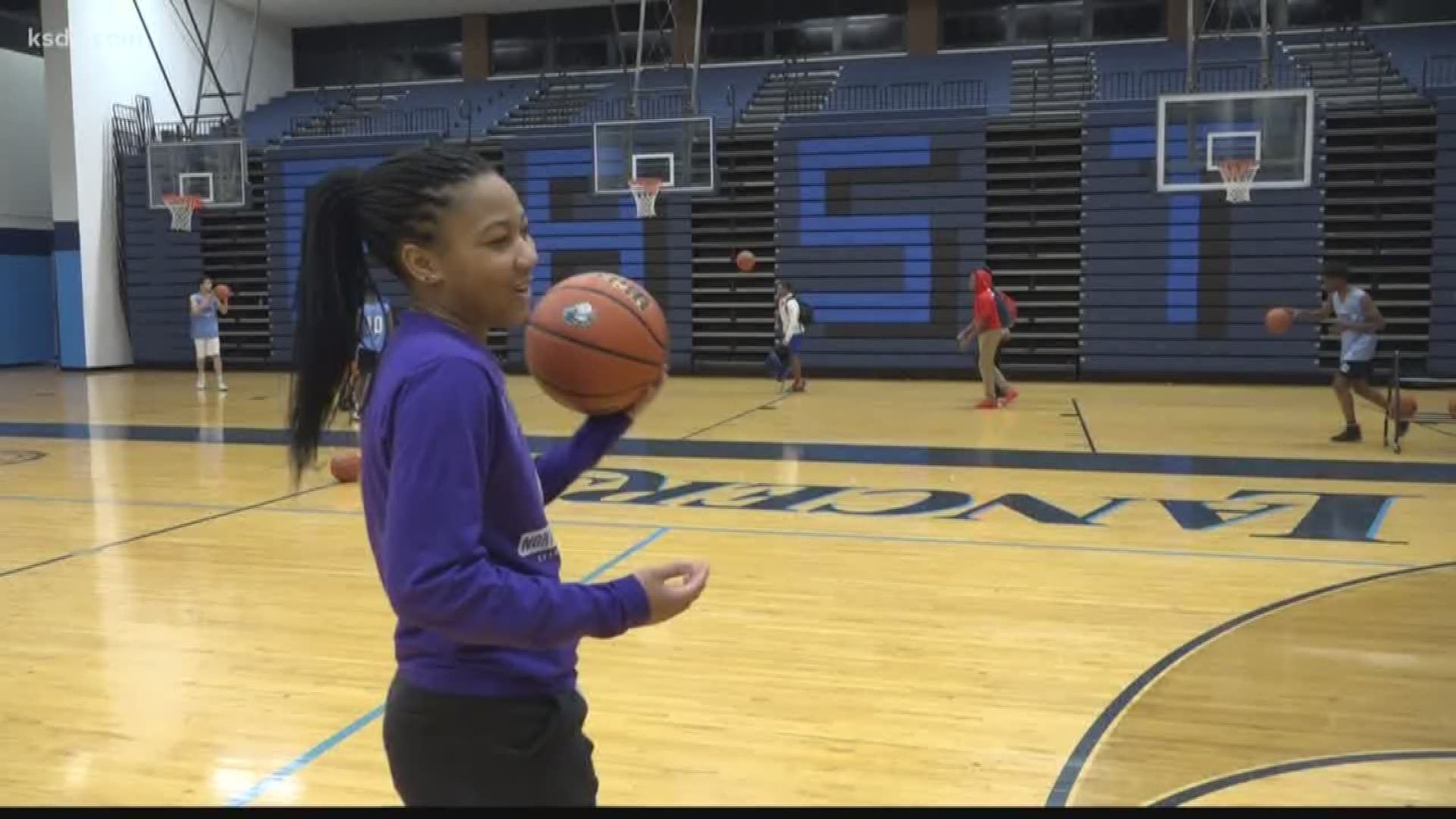 Kaylah Rainey had high expectations going into her senior year. Little did the point guard know she would need the assist of a lifetime in order to meet them.

The Belleville East star has quite the resume; she's an All-State point guard with a scholarship to play for Northwestern; she's the Lancers' all-time leader in steals; she was also invited to try-out for Team USA's U-16 team.

“I wasn’t always good at this sport so hard work pays off I guess," said Kaylah.

But Kaylah had a tough off-season in 2018. Not only did she have to undergo intense physical therapy to bounce back from a knee injury, but she also had to have surgery on her wrist.

Neither of those injuries compared to the shock she received at her routine sports physical on October 29.

Her father, Terrell, said the news was numbing.

“Everything just stopped. It was just unbelievable. It really had to be explained," he said.

After an EKG, doctors discovered Kaylah had an anomalous coronary artery. Essentially her heart wasn't getting proper blood flow during exercise, a congenital defect that is a known cause of sudden cardiac death among athletes. Her only symptoms were minor chest pains while playing basketball.

Just as she declared to play for Northwestern, Kaylah was told her senior season at Belleville East was over before it even began. She was out indefinitely.

“For me to have to miss out on my senior year, I just thought it wasn’t fair," said Kaylah. “That’s my life right there. And I don’t know what I would do without it. So I was pretty upset.”

Immediate surgery was the only option.

“Essentially she needed surgery to make sure that she always gets adequate blood flow to the left heart muscle or left ventricle," said Chesney Castleberry, Kaylah's cardiologist at St. Louis Children's Hospital.

“I tell people those had to be the longest six hours of my life, just waiting to see what the outcome would be," said Terrell Rainey.

The outcome was a success. But the even bigger victory was Kaylah’s recovery.

“I think maybe after the second day she was up and walking which really left us with our jaws dropped," said Terrell Rainey.

Kaylah was emotional but ready to put in the work for a comeback.

The senior captain was told she would miss 10-12 weeks of basketball, her entire senior season.

Kaylah had other plans.

“The day that she got the news that she was going to miss her whole season she showed up to practice to be around her teammates," said Amanda Kemezys, the Lancers' head basketball coach.

“I’m surprised I didn’t cry more than I did. I teared up just a little bit when I finally got to tell her to go in," she said.

That moment came at a game in Highland on January 17, just 48 days after open heart surgery.

“Actually getting her back on the court, it was just unbelievable, a better ending to the story that we could have ever asked for or hoped for," said Kemezys.

Kaylah, showing her "heart" immediately, grabbed a steal and scored a layup just 21 seconds into the game.

“She’s just showed me how to be stronger, and um, we’re just proud – I get emotional just talking about it," said Pam Rainey, Kaylah's mother.

Kaylah made her first start of the season just five days later at Edwardsville.

“God can help me get through it as long as I stay faithful through him, and that’s what I did through the whole time, and that’s why I’m here right now," said Kaylah.

“When something is wrong with you, you tell your doctor or your family because you never know what could happen, because if I didn’t go who knows what could have happened to me," she said.

But it was her love for basketball that carried her heart.

“[I'm] Proud of her accomplishment. Proud of her grit. And just happy to know she’s happy once again," said Terrell Rainey.

Her mother added, " “it was just awesome to see how she just got back on track.”

Kemezys said, “You see a kid whose played basketball their whole life and great physical shape and all this and to find out that something was actually wrong with her heart is just – you’re just thankful they found it when they did.”

“Me getting to walk again, me getting to jog again, getting to shoot again, and run, and all that stuff, it was a really hard process, but it was worth it," she said.

“I’m pretty grateful. And just running with what I’ve got right now.”