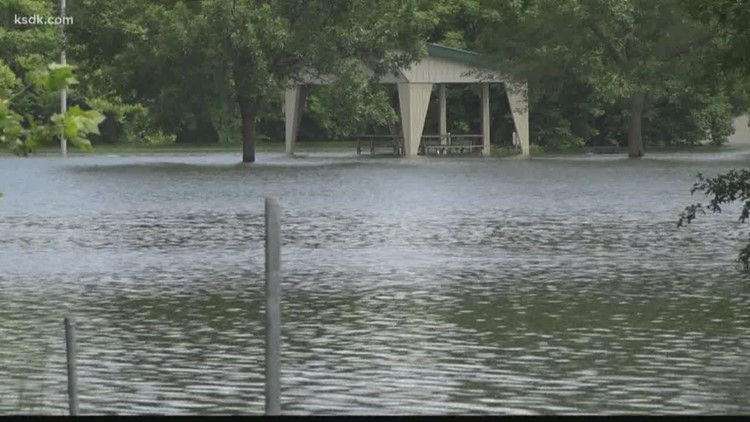 JEFFERSON CITY, Mo. (AP) — Repairs to Missouri government facilities damaged by recent tornadoes and flooding could cost almost $13 million, a majority of which would go toward fixing a historic prison that state officials are still trying to decide whether to salvage for tourists.

Most of the damage to state facilities was caused by a powerful tornado that struck Jefferson City on May 22, though some damage was to due Missouri River flooding that happened a few days later and to a separate tornado that struck a state building in southwestern Missouri. The Capitol building was not damaged, though it was just a few blocks west of the path of the Jefferson City tornado.

The cost for temporary and permanent repairs to state facilities is estimated at more than $12.8 million, some of which could be covered by insurance, according to figures provided to The Associated Press by the state Office of Administration.

The biggest cost — an estimated $9.4 million — would go toward facilities at the old Missouri State Penitentiary, which ceased housing prisoners in 2004 but attracted about 33,600 tourists last year. The tornado damaged all the housing units typically shown to tourists, including one dating to the 1800s where visitors are allowed to enter a dungeon.

Prison tours have been canceled indefinitely, though a nearby museum remains open while the state decides what to do with the damaged buildings. Local officials are hoping the old prison will be repaired.

"It is an economic engine for our city, bringing the tourism and visitors," Diane Gillespie, executive director of the Jefferson City Convention and Visitors Bureau, said Friday.

Repairs to several other state buildings damaged by the Jefferson City tornado could cost $2.3 million, most of which would go toward fixing roof damage to the Employment Security and Missouri Lottery buildings.

It could cost about $124,000 to repair the roof at a Missouri State Highway Patrol facility in Golden City, which was damaged by a separate tornado on May 22.

A few days after the tornadoes, floodwaters from the Missouri River swamped the Jefferson City airport, damaging the interior walls of the Highway Patrol's aircraft hangar. It's estimated to cost $1 million to repair or replace the facility, the Office of Administration said.

The terminal building, which contained the airport manager's office, a restaurant and a flight instruction service, likely will have to be demolished because the damage exceeded half the value of the building, said Jefferson City Public Works Director Matt Morasch. The floor of a new terminal building would need to be 11 feet higher than its current elevation — or somehow be protected to that level — to comply with federal regulations for flood-plain construction, Morasch said.

Though the control tower may be temporarily repaired and re-opened, city officials are looking into the possibility of building a new tower at a higher elevation, he said.