What’s the real thrill at Blueberry Hill? Father of the Delmar Loop lets us know

The Loop is what it is today because of Joe Edwards. He talks with the Abby Eats St. Louis podcast team about the heart and soul of the city 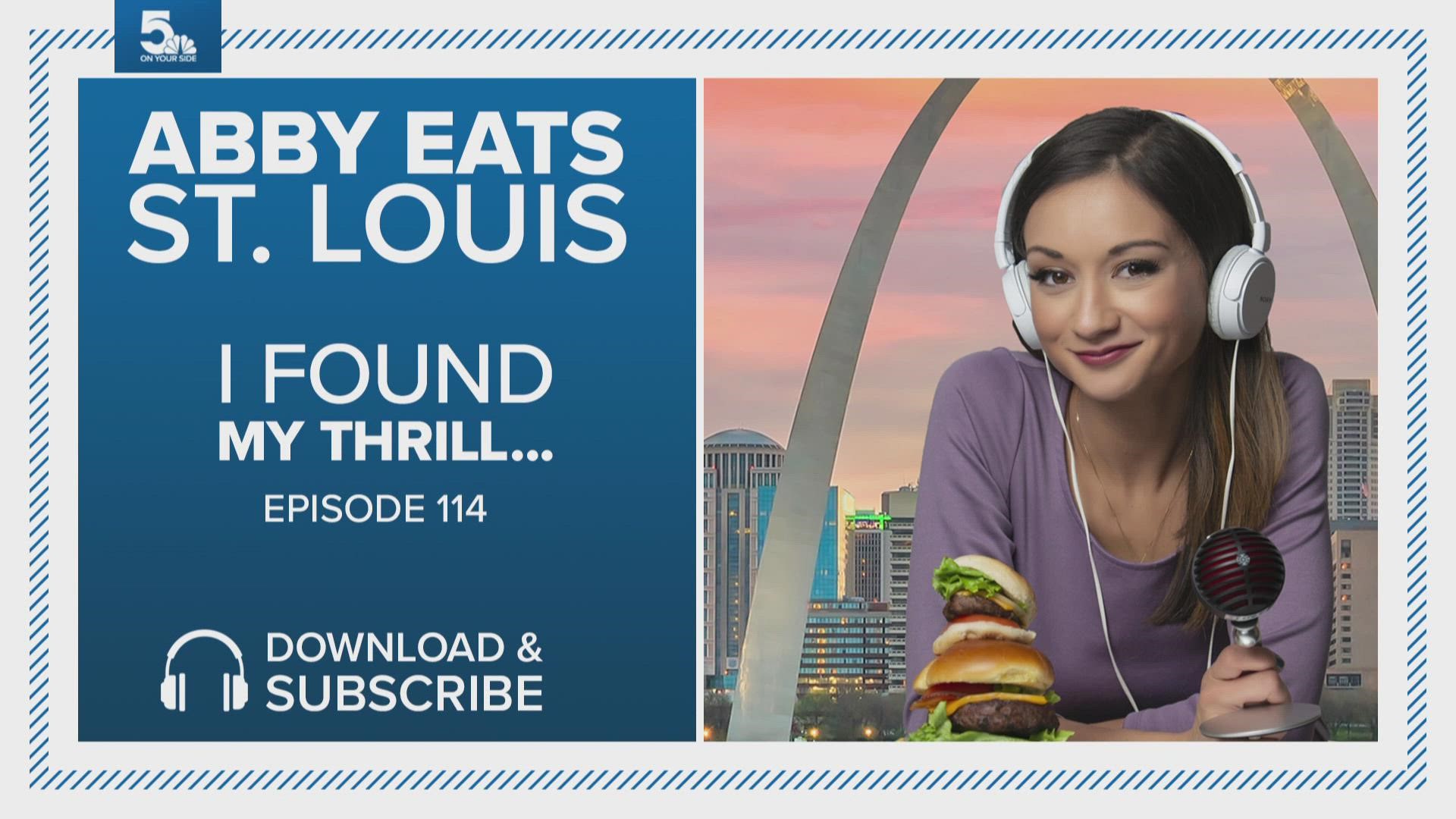 UNIVERSITY CITY, Mo. — In a year where the live music scene was silenced and restaurant industry was devastated by the COVID-19 pandemic, Joe Edwards pointed to at least one positive change that happened inside St. Louis’ iconic Blueberry Hill.

“Those first couple of months was to refinish the floors. And I know that sounds really mundane, but because we're open seven days a week every day of the year and have been all those years since 1972 until the pandemic hit, I took that opportunity to be able to really refinish the floors in the proper way,” Edwards explained on a recent episode of the Abby Eats St. Louis podcast. “That could not have happened ever before.”

That same floor has served as the welcome mat for music legends for decades. Everyone from the likes of Grandmaster Flash to Ed Sheeran and, of course, Chuck Berry. They’ve all played the intimate Duck Room at Blueberry Hill.

And it all started with Edwards. He said after he left the Army in the 1970s, he wanted to amp up one of his biggest hobbies.

“I’m going to try to use my record collection,” he said of how The Delmar Loop’s Blueberry Hill started. All songs changed every two weeks, except for the joint’s namesake tune. “Right on time, every two weeks. And that brought in tons of people.”

And tons of attention.

“That’s why the jukebox was declared the No. 1 jukebox in the world by the BBC, by Billboard Magazine, by Cashbox, by Esquire Magazine, by the Post-Dispatch. Because it really was, I immodestly must admit, it really was at the time… and there was nothing like it,” Edwards said.

Credit: KSDK
Joe Edwards stands next to the jukebox at Blueberry Hill during an interview with Abby Llorico for the Abby Eats St. Louis podcast. The jukebox might look a little different these days, but it's still packed with music.

But his love for records, music and his hometown of St. Louis wouldn’t be bound by the walls of Blueberry Hill.

Edwards started the St. Louis Walk of Fame, leaving his footprint — and a star-studded trail — on the sidewalks up and down The Loop. He also owns the Peacock Diner, Pin-Up Bowl, The Pageant, Delmar Hall and the Moonrise Hotel. He’s also opening a mini-golf place soon.

One of the most famous spots in St. Louis, one of the most historically and culturally diverse communities in the region and one of the certified most important streets in the country is that way because Edwards decided to make it so.

He described the changing 1970s post-war economy, blockbusting, systemic racism and the impact all of that had on St. Louis and still does to this day. Delmar is right in the heart of it. Edwards was one of the first people to insist on putting the heart back into the community.

“Let's embrace diversity, make that a strength of the area. And little by little, organically, every storefront, every residential place got better and better,” Edwards said. “It's the way America should be where everybody gets along.”

Credit: KSDK
Joe Edwards sits down for an interview on the Abby Eats St. Louis podcast inside Blueberry Hill on the Delmar Loop.

He’s been at it since 1972, and still, his love for St. Louis and “zest for life” as he put it, could mean the Lou hasn’t seen the last of Edwards’ artistic contributions.

“I love the Loop. I love St. Louis big time. And if I can add something that gives people a good experience, a positive experience, I'll keep doing it.”

It’s why he takes so much pride in Blueberry Hill’s Duck Room — the small concert space where big names have graced the stage, including Chuck Berry for 209 months in a row.

“Those intimate concerts, I think, stay in people's souls even more than the big ones where 50,000 people have experienced that thing,” he said. “The performing artists perform even harder, I think, to make sure he connects or she connects with every single person in that room.”

“And people absolutely love it. It's a memory they'll have forever.”

Edwards said, for him, that’s a big part of what puts the thrill in Blueberry Hill.

“So that helps drive me to like we create a place where people feel happy, happy. Put your troubles behind. Come on in and then who knows what your memories will be.”

You can hear more of this story on the Abby Eats St. Louis episode titled "I found my thrill..." The Abby Eats podcast is available for free on all major podcast platforms.