The chocolatier is the director of culinary for a medical marijuana company. He talks to the Abby Eats podcast team about what he likes most about the new business 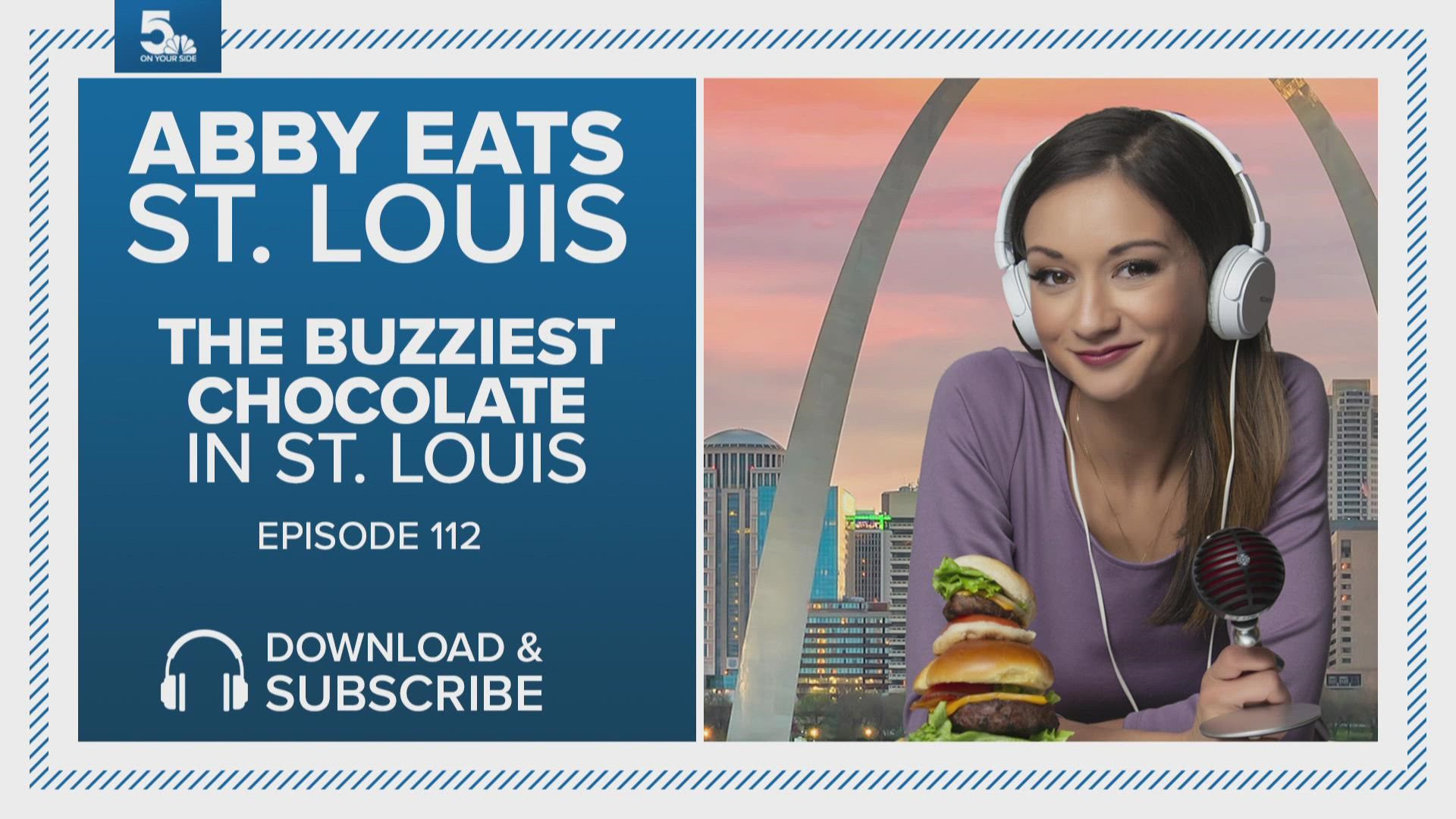 ST. LOUIS — A whiff of chocolate and the sweet smell of candy greet Dave Owens every day when he clocks in to work.

He’s spent years in the food industry, getting his start in restaurants and then at St. Louis-based Bissinger’s, where he had the enviable title of Chief Chocolatier and Vice President of Taste.

But these days, he’s in a different kind of chocolate kitchen. While gobbling up goodies used to be part of his job, he can no longer sample the finished product at his current gig.

“Really strange being a chef and not being able to taste my products,” Owens told Abby Llorico on a recent episode of the Abby Eats St. Louis podcast.

Without a card, Owens said he’s part of the development process, pitching flavor ideas and then perfecting the non-medicated recipe, which doesn’t have any cannabis extracts.

“We did run a bunch of sample batches that were non-medicated to dial it in and we tasted those, but now we're making them. We'll get feedback now from either our patients that purchase them or our in-house team that have medical cards and are allowed to purchase,” Owens explained.

He's part of a growing industry in Missouri. Nearly two-thirds of Missouri voters approved medical marijuana in November 2018. Patients with certain conditions like cancer, epilepsy, HIV or chronic pain can get their medical marijuana card and legally purchase or consume marijuana or THC-infused products. More than 90,000 residents have their card in the state. Sales include a 4% sales tax, which already has generated more than $22 million in revenue that goes towards veterans’ health and care services. And it’s also highly regulated.

Medical marijuana companies in Missouri must list all of their orders in the state portal, which has led to a lot more paperwork than Owens anticipated.

“The regulations are a little bit daunting,” he said. “I didn’t really realize it was going to be quite so much.”

The chocolatier said making the jump from traditional candy to a cannabis company was a risk he was willing to take, but he said it also gave him an opportunity to serve the medical patients in Missouri.

“The opportunity for me to get to do what I love while helping those who are in need of cannabis’ benefits is really a treat,” Owens said in a quote on the Honeybee Edibles website.

The cannabis company says it serves up artisan candies as an alternative to smoking for those who want the benefits of medical marijuana. The chocolates and gumdrops come in flavors like espresso caramel toffee and blood orange with candied hazelnut.

“It is an elevated experience,” Owens said.

While they have THC added, Owens said it really shouldn’t affect the way the candies taste.

“We're using a concentrate known as distillate, which has been refined to the point where the flavor isn't there. And we're adding such a small amount. We're adding 100 milligrams to a chocolate bar. That's half of an aspirin worth of volume of product to each bar, so it's just not much,” Owens said. “The other components, whether it be chocolate or the fruit in the gum drops, all those other ingredients kind of overshadow anything that would be there to impart a taste.”

But you won’t want to just gobble them up.

“They should keep something else around just in case. If you have nothing else but your one chocolate bar to eat, real quick you could find yourself in trouble,” Owens said. “Start low and go slow.”

On the day we talked with him, Owens was busy overseeing the boxing up of chocolate bars, getting ready to send out Honeybee Edible’s first orders to stores in south St. Louis County and Washington, Missouri. Owens was buzzing with excitement about the opportunities to come.

“We've just got a world class team here, and I'm so excited to be a part of it,” he said. “It's fun to be part of a startup … it's been great. It's really fun to be up on the beginning of this rollercoaster.”

"It's a new and interesting frontier."

You can hear more of the Abby Eats St. Louis interview with Dave Owens about Honeybee Edibles on the recent episode titled "The buzziest chocolate in St. Louis."