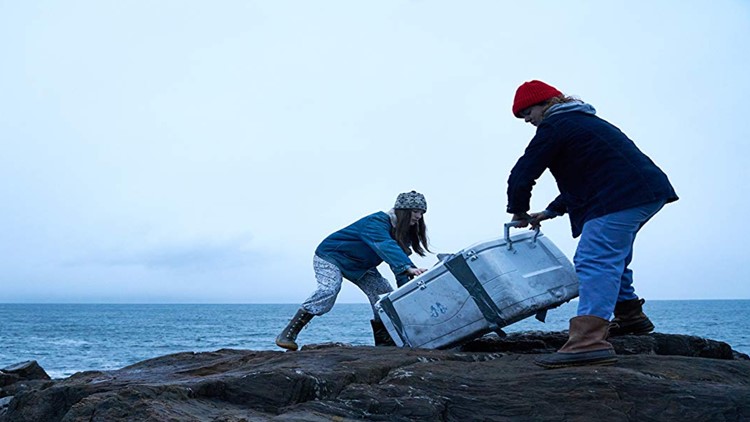 ST. LOUIS — Small towns with big secrets always make for good movies, and "Blow the Man Down" is no different.

The writing-directing team of Bridge Savage Cole and Danielle Krudy create a spicy tale of murder, deceit, betrayal with an interlocking thread about old deeds dying hard with their debut feature. There's something quaint and chilly about their movie, a lived-in environment with tons of personality and hidden dread.

Mary Beth (Morgan Saylor) and Priscilla (Sophie Lowe) Connolly have one of those town hero mothers in Mary Margaret, a woman whom people can't find a bad word about and someone who helped so many. The film begins with the matriarch's wake, finding each daughter dealing and reeling in their own ways.

Priscilla is the kind of well-mannered, diligent young girl who cleans up the entire house after a funeral and then sears a fish filet for a quiet dinner, while Mary Beth walks into a bar and takes a cigarette out of a guy's pack of smokes and takes another's beer. Two murders later and the girls' lives are upended, but it's more about the ripple effects on the town that make Cole and Krudy's film move into intelligent waters.

"Blow the Man Down" has a simplistic yet detailed palette for a viewer to dig into. It's one of those super-cold looking Maine towns with the harbor wrapping around the side of the town like a thick water prison. Cole and Krudy have both worked extensively in different areas of film and television productions, and they bring that eclectic mix to this film, giving the story extra color and the characters more realism.

There's just enough surprise, shock, and interest involved here to keep you guessing, and the cast takes care of the rest. You could insert Margo Martindale into any film and it gets better. She's like Octavia Spencer, a secret yet noble ingredient for any genre. Martindale's Enid runs the bed and breakfast in town that doubles as a brothel, and let's just say her workers (including Gayle Rankin's Alexis) are seeing through the veneer of Enid's deceit. You don't trust Enid, but continue to watch due to Martindale's performance.

June Squibb is another MVP in Hollywood, an actress who plays people that you need to keep an eye on. I can't help but laugh when she's on screen. Squibb lifted up the better parts of "Nebraska" and "About Schmidt." She's one of the town gossip queens who wants to see Enid and her mischief ran out of town. Skipp Sudduth and Will Brittain are the two officers looking into the crime and seeing changing signs and clues. Everybody in the film doesn't come off as false. You could almost swear the writers created this characters from real people.

There's so much color in this film that carries a few shades of grey. Opening the film and intersecting each act are a group of fisherman who sing the title song so beautifully, you almost bypass the ominous tones that the words carry. This isn't just another murder mystery. We know who did the killing and blew the chairs over at the party. The majority of this fast-moving 90 minute film is watching the rest of the characters clean up the mess and dig into the past.

One of the officers makes a joke about Agatha Christie in relation to the younger officer making grand theories, and it fits the film. You could say "Blow the Man Down" is like an Agatha Christie novel meets "Fargo."

Lowe and Saylor both offer their characters different traits and speeds, but the former stands out. Lowe gives Priscilla just enough Susie homemaker with a cunning ability to see through a situation. From her innocent demeanor to her ability to "clean up," I bought into her portrayal completely. Saylor doesn't get as many moments, but makes due with a performance that doesn't impress yet lingers.

The film has a loud comic vulgarity that doesn't intrude on the plot, yet enables the screenplay to stretch its legs into higher grounds of authenticity. There's a good bit with a fisherman's knife that connects different plot threads.

And stay seated for the final scene that truly brought a smile to my face. If this film does one thing well, it's showing female firepower in a potent yet understated format. How the last thing a man wants to do is underestimate a woman. Most films blow that out of the water. Cole and Krudy's film just blows it straight down.

Here's the thing. "Blow The Man Down" is an entertaining, intricately produced, and colorful portrayal of a small town showing its true colors in light of murder. If you have 90 minutes to spare and want something different that oddly feels like a homebody, fry up a piece of haddock and grab a blanket. This film delivers the goods.

Seriously, the final shot and line reading of the film couldn't be more perfect. 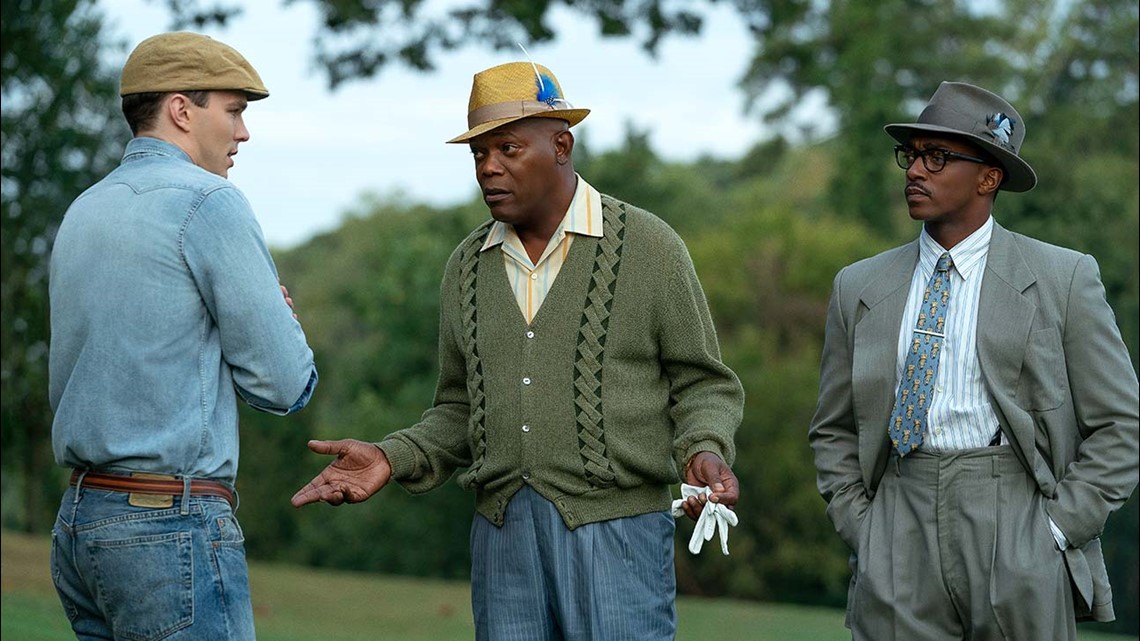 'The Banker' Review | Anthony Mackie's dedicated performance elevates true story drama
ST. LOUIS - Imagine being unable to purchase a home or place of business due to the color of your skin? Back in the 1960's, along with many other unfortunate moral injustices, this was a real problem for two ambitious men: Bernard Garrett (Anthony Mackie) and Joe Morris (Samuel L.