You may know Trejo from the movies, but he lived a full life before a camera found his face. Brett Harvey's documentary is viscerally honest.

ST. LOUIS — If I told you that "The Wizard of Oz" kept Danny Trejo sane in prison and Kermit The Frog helped give him one of his biggest cries, would you believe me?

Look, there are some people who carry their entire life on their face. You take one look at them and it's easy to see all the doubt, guilt, and weariness located in their past. They're just wearing it. You can see where they've been, why they went, and the cost of it all. The cost always sits around the eyes, like you stuffed too many tiny rocks beneath the retina.

Danny Trejo wears his life on his face. All the hardships are seen daily. It doesn't take long watching him discuss the peaks and valleys (there were some BIG-TIME valleys!) of his life to notice that the road map is located right on his face; the treacherous gangland start in Pacoima, where it can be a way of life: a factory worker or criminal path awaits; the near-fatal mistake at San Quentin State Prison, where he spent most of the 1950's and 60's; the coming to God moment after he got out of prison; the movie career and speaking tours that came as a result of making it right. Where Trejo goes, his past goes with him, like a badge of gangland survival honor.

As Trejo tells a group of people towards the end of Brett Harvey's immensely powerful documentary, "Inmate #1: The Rise of Danny Trejo," all good things come from a good decision. You make a move, and another good move is waiting for you. You just have to make that first move. Trejo may be the menacing bad guy from the movies, most famously in Robert Rodriguez's "Machete." But he's also the lovable older tough guy trying to use his harshest hours to help others avoid rock bottom.

Harvey's film casts a much-needed spotlight on the tender-hearted side of Trejo. While it's always a thrill to see clips of Trejo chasing a wounded Antonio Banderas through the streets while throwing knives at him or help Robert De Niro rob banks, the best parts of "Inmate #1" revolve around seeing how Trejo is paying it forward. You see him meet with kids, take pictures, and strike a pose for fans while talking to room fulls of people. We see him give speeches in schools and prisons. Everywhere he goes these days, Trejo is thankful to be here and doing good.

Great documentaries can sneak up and floor you. I teared up when Trejo walked into a room full of people dying to hear his story. The way Harvey and company blended in the entrance around some melancholy music just beat me up emotionally. Maybe it's the cinematic magic that can even exist in a real life documentary. It could be the fact that I love redemption stories. There should be a special section in that novel for bad guys turned noble and good souls. Trejo would lead that chapter easily. His story here moved me to tears, because everything about him is real. The sad but true fact of life is being real can include both light and dark shades of behavior. Trejo is the epitome of the good, bad, and ugly that life can entail. Again, it's painted all over his face.

Producer Adam Scorgie told me there were several times that a Trejo story would knock them sideways-and the effect on the viewer is equally dismantling. Right when you have given Trejo the OG tough guy shield, he tells another tale that makes you want to find a bigger medal to pin on his chest. Fellow actors and friends like Michelle Rodriguez, Cheech Marin, and Donal Logue all speak eloquently yet honestly about Trejo's exploits. It's not like the juice is hard to find in a Trejo tale; there's meals for decades with his life, and you get the full prescription here. Trejo's interactions with Eddie Bunker, a fellow con man turned Hollywood guy, are great.

The movie runs in right around 110 minutes, but I was ready for more tales. Trejo's body of work on and well off the screen could fill three movies, a miniseries, and a couple novels. But excess can be cancerous on a film's quality levels. Harvey's film gives you the exact right amount of intrigue along with relentless moments of power. You leave this film moved and empowered. The saying, "If Trejo can find the light, so can we" should be on a t-shirt already.

A hardened ex-con with a big heart needed a talented filmmaker, and the meeting happened. Harvey's history is a greatest hits of pulverizing docs. He hit the ground running with a double-round of marijuana-based true stories in "The Union: The Business Behind Getting High" and "The Cultural High," and kept the flame strong with "Ice Guardians," an authentic look at the enforcer role in hockey. Here, he blends the outlaws of his past subjects with the right real-life sole subject, hitting a home run. Trejo's hard times give a groundbreaking filmmaker like Harvey room to breathe and get lost inside of.

You'll get lost inside Trejo's life, which can come on like a Red Bull-infused cackle before disappearing into a knowing nod. There's a lot of Trejo laughing going on here, which always balances out the rawness of his past indiscretions. But you'll also get flattened when Trejo's tears fall. You feel everything he does when the call that his mom passed comes through. That's how close this film lands.

The great thing about documentaries that are done correctly is they open up a door that was previously locked. Your blindness is offset by the subject's intrigue. I knew Trejo had bad times, but this doc proves how little idea I had. The stories that you think are made up by the storyteller lived for real inside Trejo.

I could write about this thing all day, so let me conclude with this. Everyone needs a little Trejo in their life. All of us can learn something from the felon-turned-actor. Everything about him is inspiring. This would be the kind of documentary that makes itself-just put Trejo in front of a camera and let it roll-but Harvey, Scorgie, and company add a level of truth to the tale that makes it punch harder. They never let you forget where Danny came from, just like he never loses sight of where home is.

"Inmate #1: The Rise of Danny Trejo" is available on YouTube and Amazon for $5.99 and also can be viewed Google Play Movies & TV. 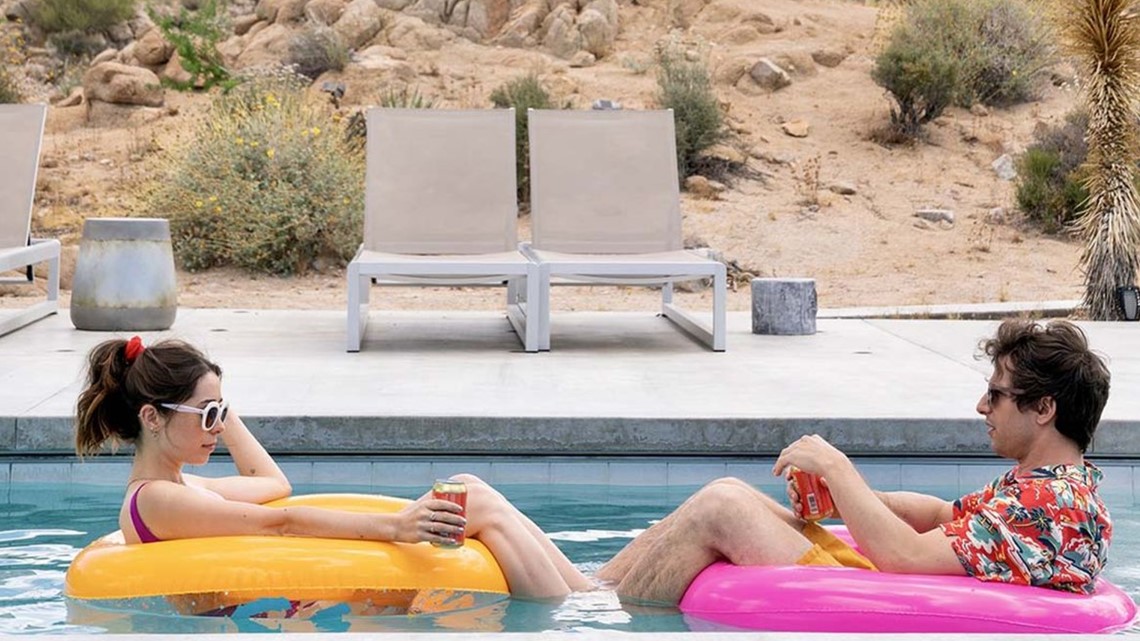 Review | Why 'Palm Springs' is the best comedy in years
A healthy take on the time loop movie device and game performances from its cast help this Hulu Original Film shine bright. It's also only 89 minutes. ST. LOUIS - Nyles (Andy Samberg) is one of those offbeat comic reliefs that every wedding needs.