Review | 2 Netflix documentaries you should be watching right now

Injustice comes in many forms, as these two pulverizing documentaries on Netflix prove. Our film critic tells you all about it.

ST. LOUIS — Unfortunately for us and the next few generations of souls to come, injustice will flood the history of the United States of America. Indecision, bad judgement, or a complete lack of regard for a young woman's emotional state or putting a number on a disabled person's worth.

Lately, as in the past few years, Netflix has been hammering out quality documentaries, tales that come alive as a heightened form of cinematic pleasure, where facts meet vivid retellings and poignant interviews encapsulate the raw power of the drama.

As 2020 (finally!) makes its weary trek to the end, the movie year prepares for its moment. For Netflix, that means the big stories will shine on the small screen. A screen that stretches across the world and informs the present of what their future should look out for.

Here are the two Netflix documentaries you should be watching right now.

Larry Nassar is trash, but what this thought-provoking and deeply personal documentary proves, there were people above him that also qualify as trash.

Take Maggie Nichols for example. One of the top gymnasts in the world, she informed the USA Gymnastics committee of Nassar's actions in May of 2015, and there was finally a case 15 months later. During that time, Nassar sexually assaulted hundreds more helpless female victims. Young athletes scarred for life due to terrible action AND inaction.

Nichols is the titled character here. "Athlete A" was what Nichols was referred to in early court documents to conceal her identity. She was the first to claim Nassar had abused her. After her admission was well-known, the flood gates opened for Nassar and the committee as well. Co-directors Bonni Cohen and Jon Shenk's documentary keeps the focus on the Indianapolis Star, whose efforts and reporting helped uncover Nassar's actions. They got the case rolling.

What follows could be called the "Spotlight" take if it was a documentary about abuse at the hands of a sports doctor, and not a priest. In a nutshell, when the film isn't getting you talking and thinking, it's enraging you. Some of the things found out in this documentary-the despicable actions of Nassar, his comments, how often it went on-should just shatter you.

It proves that there are two kinds of monsters in this world: the ones who carry out the horrific crimes and the ones who continuously allow them to get away with it. As one lawyer reflects late in the film, what Nassar did to these women isn't temporary and it won't just wear off. Those people who allowed him to keep working without termination or investigation should go down next. "Athlete A" should help open a lot of minds.

Someone should have to answer for the fact that coming forward to expose Nassar cost Nichols her USA Gymnastics career.

Proclaimed "The Disability Revolution," this heartwarming story proves that injustice comes in many forms.

Imagine being handicapped, something that often hits a person at birth out of their control, and told you have to live by a different set of laws than the more fortunate. Imagine being segregated for it. It wasn't for your actions or hate, but because you were different. Camp Jened changed that.

Dubbed "for the handicapped," the camp was the island for misfit toys to be themselves and escape institutionalization. It brought together wonderful souls like Jim LeBrecht, Ann Cupolo Freeman, Sheldon Key, and Judith Heumann. Neil Jacobson just wanted to be a dad, and the camp was the place that helped him understand he had ever right to be one.

Heumann helped the group take action in Washington, leading the charge in the Supreme Court to create more equality for the disabled. It gave them the power that should have been there at birth. This documentary sneaks up on you, grabbing your interest with music and history, but keeping it with the candid footage of souls, both young and old, asking for acceptance.

It hits hard in all the right spots, just like "Athlete A."

Both are currently available on Netflix. 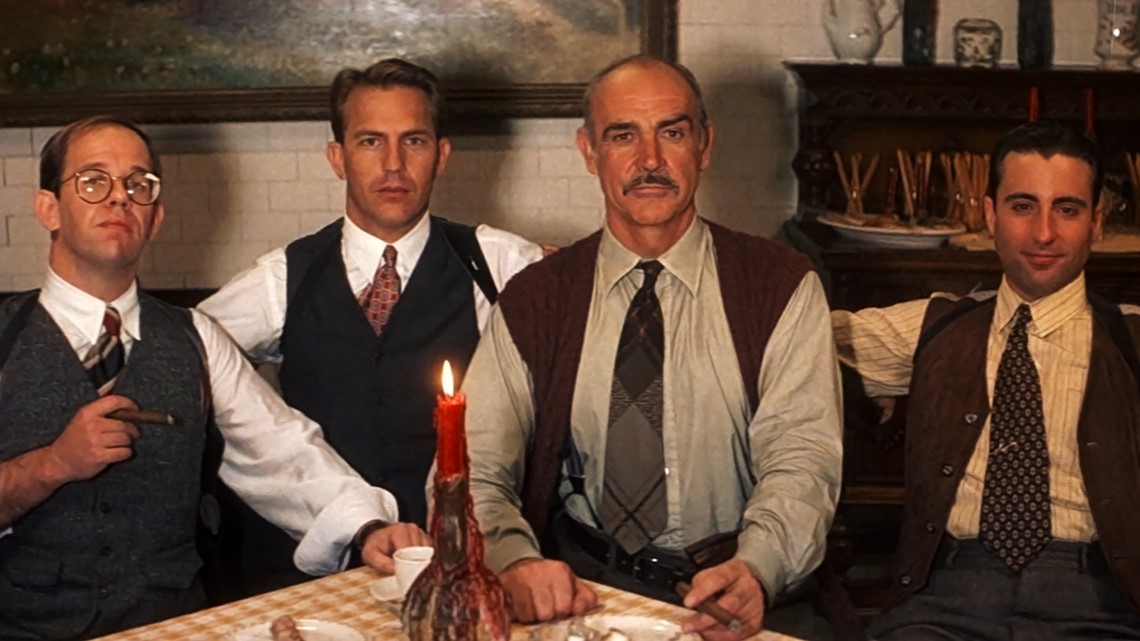 Commentary | Great Scot! Sean Connery's best role actually wasn't James Bond
Connery won the only Oscar of his career for this 1987 role in Brian De Palma's "The Untouchables." ST. LOUIS - Sean Connery was a towering talent who knew when to walk away from the movie game. A Great Scot who left Hollywood nearly two decades ago, deciding to let the 90 or so film credits stand as his badge of artistic honor.