Review | 5 things to know about the new horror film, 'Shortcut'

Fans of "Stand by Me" and "Stranger Things" should get a big kick out of this 73 minute (yes, that short!) horror adventure that manages to add depth.

Credit: Gravitas Ventures
Students are trapped on a bus while a monster roams outside in 'Shortcut'
Author: Dan Buffa
Published: 9:51 AM CDT September 28, 2020

ST. LOUIS — A group of young students heading home on a school bus driven by the trustworthy Joe (Terence Anderson) find themselves held at gunpoint by a fugitive. But they all soon find out that's the least of their worries. There's something else, a creature more sinister than "it" is unknown, that lurks out there.

All due to the fact Joe had to take a shortcut. Then again, that is the secret sauce that makes these kinds of films stick so easily. The wrong way, bad house on the corner, or evil spell unwinding lives is the horror flick equalizer, but "Shortcut" was something a little more for me. In a departure from the movie review norm, let's get into it with 5 things to know.

The Coventry, England native gives the movie a much-needed lighthearted spark, and some well-timed humor. He's just a lot of fun, which makes it both hard and easy to realize this is his first feature film. Emlano has the joker quirks going on early in the film/bus ride, but he turns into unlikely hero mode smoothly while retaining the geeky yet lovable exterior. He reminds of a few different actors, but I like his particular array of abilities.

4) This is a "Stranger Things" love song

You will get a lot of feelings here as the horror/adventure flick unfolds. "Breakfast Club" setups with some "Goonies" seasoning, as well as some good covers of previous "IT" movies. But the Netflix hit series is where this film rests its heart, especially when you factor in the techno-driven music and character development, as well as the monster encounters. How does the thing causing all this terror look? Keep reading.

3) The film is rightfully about the young heroes, not the villain

A good riddle spoken by Anderson that includes a seven-letter word and being the ultimate tough guy gave me my first hint that this was going to be something more. A parable about depending on the person inside of you as well as the one sitting beside you carried me through the less-than-stellar moments in the film, where familiarity and an artful glaze on certain reveals made it somewhat lacking.

As the end of the film will signify, though, this isn't about how the monster looks or how the fight is waged, or even why. It's about what a group of outsiders do when forced to work together in order to survive. That will never get old, because it always signifies hope and the best in people.

But that's not a bad thing. A thrilling and involving opening allows a low budget go-for-broke indie like this to coast on the freeway across the finish line. "Shortcut" doesn't collapse in its home stretch, but due to taking a few (no pun intended) shorter routes of its own to get to the third act, parts of the film don't land right. It got a little clunky in the transition, but that was due in part to a strong setup inside the bus. While it wasn't bad, the film lost top speed when the action left the vehicle.

1) Alfred Hitchcock and Rob Reiner could watch this film together

The reason the first hour is so good, because it pulls the Hitchcock trick and shows us just enough. It doesn't show the monster too quick or explain all of its origins right away. The camera lingers to the side and knows how to frame a shoulder turn-which always leads to the fright waiting outside the lens. But the end rescued all of it with a powerful "Stand By Me" sendoff. A tale about the end of innocence ahead of time that simply never gets old or outdated for new use.

A rugged combination of thrills, adventure, laughs, and unexpected stellar shooting technique from the director of photography made this scrappy film a winner in my book.

Check it out in theaters this week, including 12 theaters in Missouri. 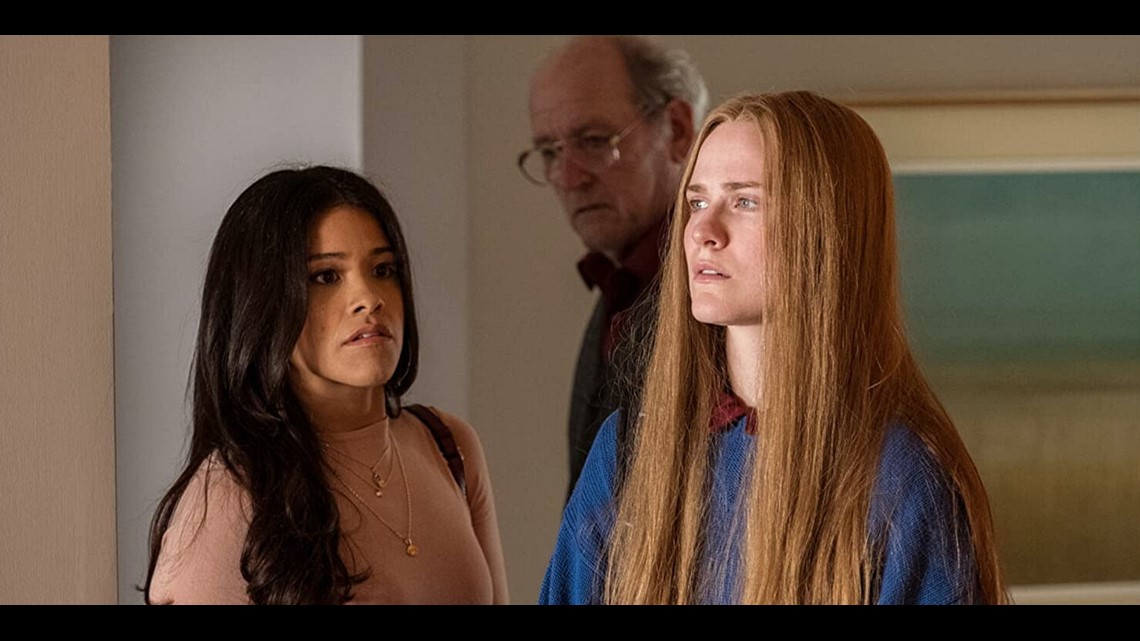 'Kajillionaire' Review: Evan Rachel Wood's career-best work enhances grifter family drama
HBO's "Westworld" fans know Wood from television, but this is the best work I have seen the actress do in her still young career, carrying the film. ST. LOUIS - Being born into the family business has its benefits, but I'm not sure Old Dolio (Evan Rachel Wood) would agree.