Commentary | According to Liev Schreiber, Showtime's 'Ray Donovan' finale will be a movie

The series was canceled last year, but saw new life back in the spring. But an Instagram post from Schreiber should give "Ray Donovan" fans hope.

ST. LOUIS — Back in January, which seems like years ago these days, I demanded that Showtime deliver fans a proper series finale for one of its longest running series, "Ray Donovan." According to "Ray" himself, star and producer Liev Schreiber, we may be getting that fitting ending after all.

Somehow lost among a reply thread on Schreiber's Instagram post from Aug. 18, he had this to say on the current productive movement on the finale.

According to Ray Donovan himself, @LievSchreiber, we are getting a #RayDonovan finale via a movie.

One powerful sendoff sounds good to me. It seems like the world is right again.

If you’d like proof, here you go. (Just somehow stumbled onto this. 👊🏼💥 pic.twitter.com/9UzLLYY2bc

I suddenly feel like all's right with the world again, even if just for a few moments... or a couple hours in a hardened fixer's world. That was the main juice behind the squeeze of a drama television series that debuted way back in 2013 and carried multiple showrunners throughout its run. A Boston native prowling the streets of Los Angeles, and then New York, taking care of rich people's problems while battling personal family drama of many kinds.

I'd like to think of this show as "Sopranos" spun a different way. At the head of each series was a tough yet vulnerable and half-broken man trying to keep the demons at bay while mortgaging two different lives: one as a husband and father, and the darker nature of his work, which include murder at times.

But "Ray Donovan," piloted by showrunner David Hollander during its strongest years, dug deeper. The show handled the aftershock of sexual abuse at an older age, and how it can affect an entire family and not just one soul. Along with a superb anchor in Schreiber, there were award nominees among the cast, with the most acclaim coming to Jon Voight's torrential father, Mickey, but was lent fine support from the likes of Dash Mihok, Paula Malcomson, Pooch Hall, and Katherine Moennig.

Eddie Marsan is the performance people should look out for if you haven't partaken in any episodes yet. As an aging boxer dealing with Parkinson's Disease and various problems in the lives of his brothers, Marsan struck a poignant chord. He was always the wiser one, a loyal brother stepping into danger in order to protect his family.

Schreiber is the consummate power player, though. He directed two of the episodes and has been known to cut lines from Ray out of the script in order to make the anti-hero more of a silent lone ranger. Schreiber is everywhere in this series, handling the physical elements of the role seamlessly while showing off his theater-carved acting chops in the heavier moments.

He shared my "5 reasons" piece earlier this year, championing the support from all the Donofans across the globe. He had hinted before the pandemic shut everything down that the previously cancelled Showtime series could be getting some form of a wrap-up. But this is different. This is a real advancement. In case you can't read the screenshot of the thread, or don't want to partake in the 768 comments, here's what Schreiber had to say:

"We are working on writing a RD finale/movie now. Hoping we can get it through the process and into production soon. Thx for the support and love. Means a lot."

That's straight from the source, folks. My guess is the announcement was missed due to it being a comment on his thread and not an actual post. Instagram isn't like Twitter and Facebook, which can make all the comments easily visible to even the quickly-scrolling eye. It had a lot of "likes," so I saw it as I reviewed Schreiber's IG profile after his new post this morning.

While nothing is set in stone until production begins, I can tell you a "Ray Donovan" is most likely happening. A movie is a wise choice, too. It will cost less and keep the story precise. Perhaps Schreiber's Ray getting the bat back out before Christmas could be an early present. I’m all for it. So are many others. 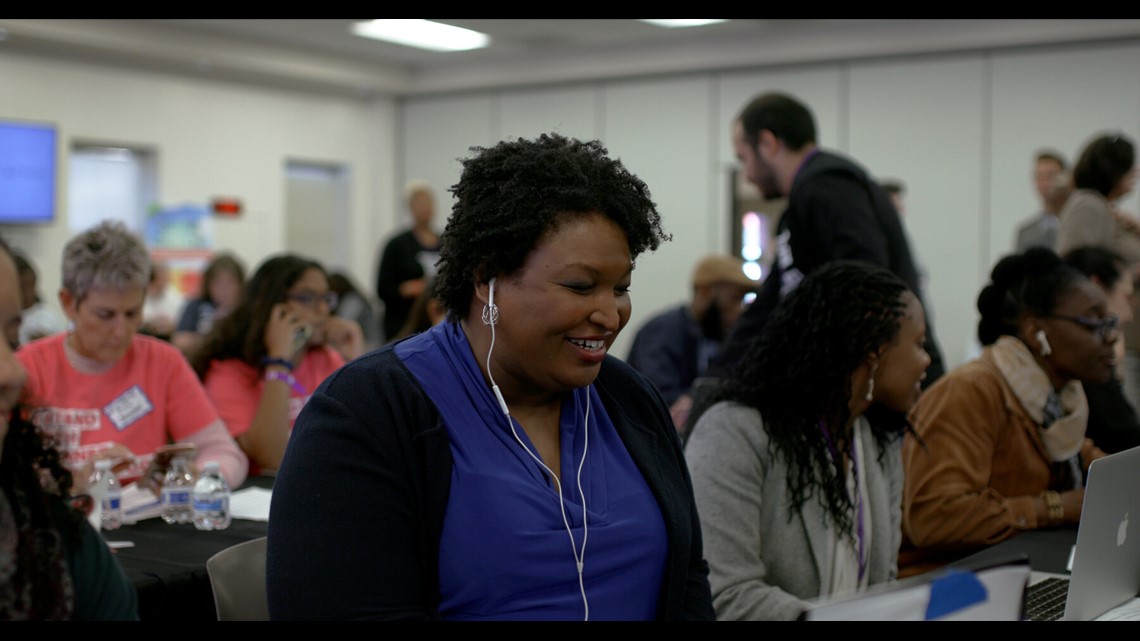 'All In: The Fight for Democracy' Review | Timely documentary pushes all the right buttons, championing voter rights
If there's one intent for this documentary, it's to wake the American people up to what is happening with voter suppression. Check out Buffa's take. ST. LOUIS - America is commonly referred to as the land of the free and home of the brave.