Margot Robbie is amazing here and was born to play Harley Quinn and all her endless mischief and glee. 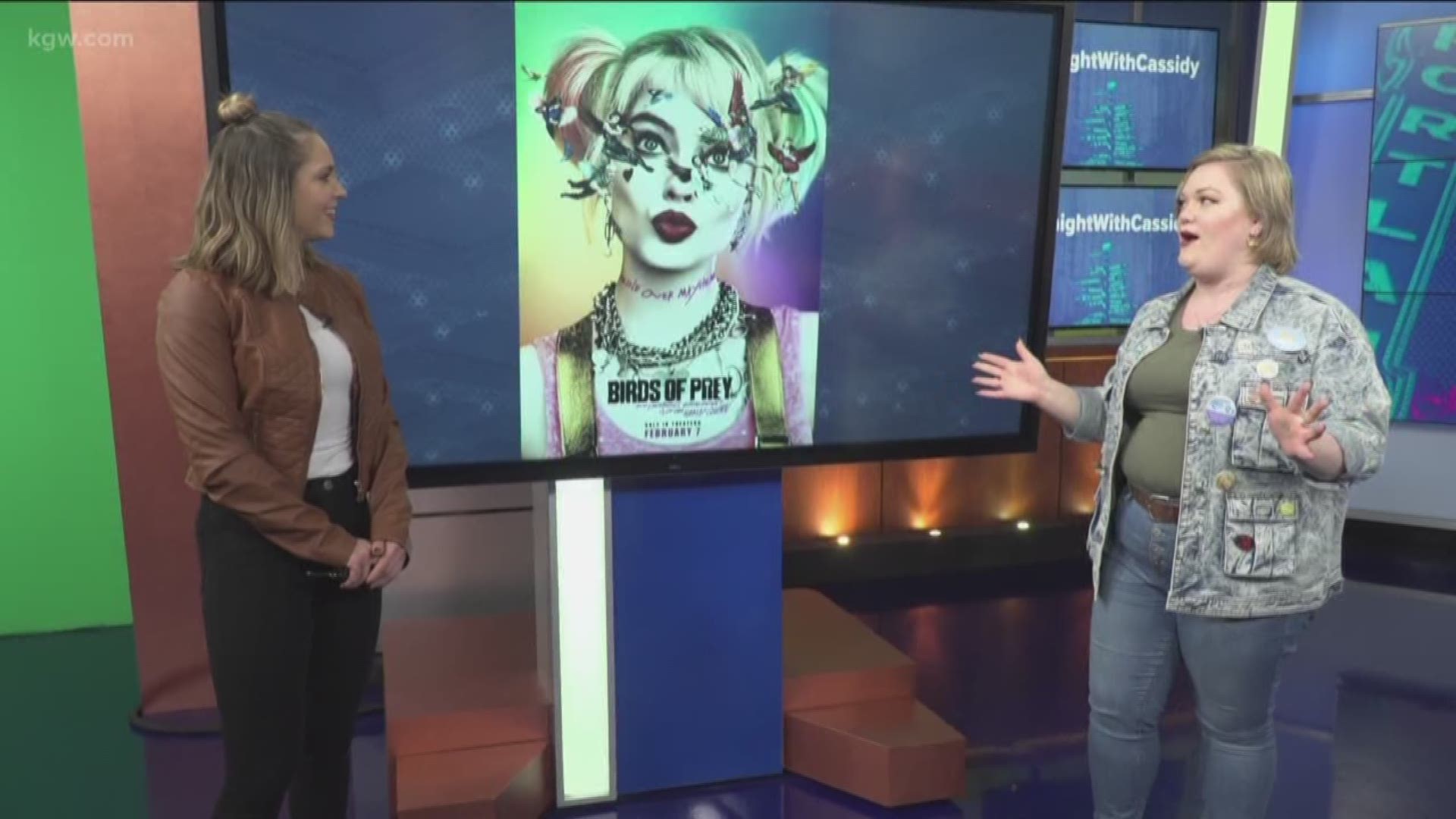 ST. LOUIS — If there's one thing I like about the movies, it's watching something meaningful and entertaining that also manages to not be too overbearing with its tone and message. If there's a single trick that filmmakers try to pull off in their comic book adaptations these days, it's serving something up that's visually stunning and pleasuring without wearing you out thematically.

Thankfully, Cathy Yan's riff on the rebellious DC anti-hero, Harley Quinn (the endlessly talented Margot Robbie), "Birds of Prey," is an intoxicating fun-filled cinematic experience. It'll leave you needing a cigarette and craving a perfectly made breakfast sandwich. This movie is the kind of carefree amusement that only recently found its way into the DCEU: one that is silly, hilariously over the top, action-packed, and built like a tribute to the comics that inspired the tale. What tale you may ask?

In case you need to know who Quinn is and erased David Ayer's misguided "Suicide Squad" from your mind, let me fill you in. She was an orphaned trouble child who found her way in college and graduated as a psychiatrist but lost her way when she met the Clown Prince of Crime, The Joker.

Through his influence and luscious romance, she becomes a highly dangerous mercenary for hire. A femme fatale for the ages. Yan's film finds Quinn heartbroken after a break-up with the Joker, which leads into a showdown with Roman Sionis (Ewan McGregor, chewing scenery in the best way), into the path of a detective (Rosie Perez via inspired casting), and making new friends (Mary Elizabeth Winstead and Jurnee Smollett-Bell, both smoldering and electric on-screen).

Let's just say blissful chaos ensues, unlikely forces align, and an action ballet commences. Christina Hodson added a playful touch to her 2018 surprise hit, "Bumblebee," and she utilizes that tool hereby lightening the surroundings of Gotham City while giving the characters boisterous personalities and plenty of complicated adventures to test their mettle and will-power. Hodson's pleasuring touch to the source material, along with Yan's invigorating direction, makes this movie stand as one of the best entries in the DCEU, possibly (after more marinating) besting even Patty Jenkins' "Wonder Woman." 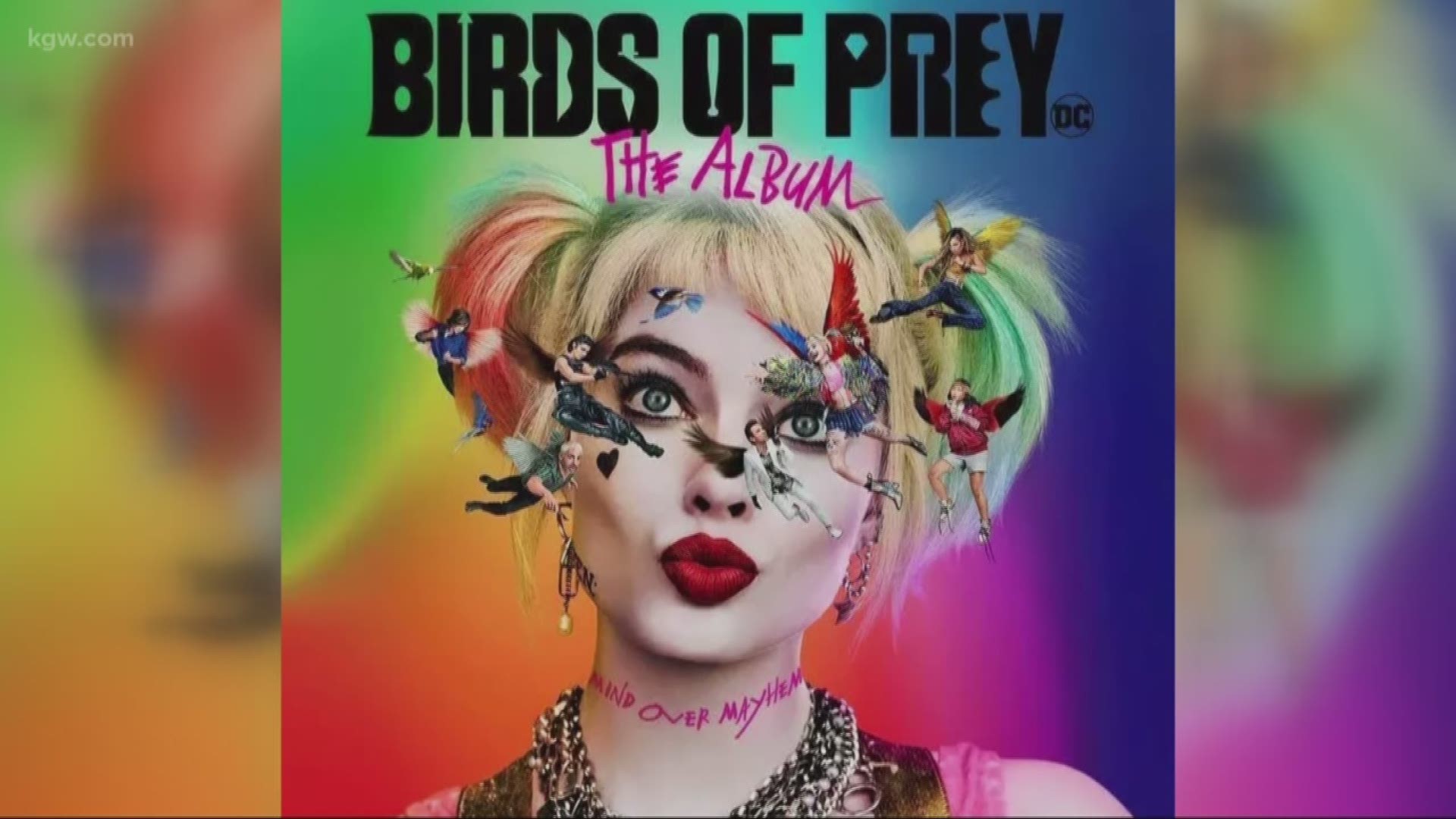 After all, Gotham is depicted best when it's stuffed full of people who don't fall on the plain-sided walls of good and bad but instead exist in the murky gray area of where their lives have them at the moment. You don't really dive into a comic world for pure-blooded heroes. Give me anti-heroes who break bad as often as they step forward. For Quinn here, a young girl's (Ella Jay Basco) survival offers her a small chance at redemption and fortune, which sets the story off on its central journey.

A Team Of Pros Made This Movie

Here's the thing. I'd like to buy the casting director, Rich Delia, a good bottle of bourbon for punching the right keys here. Robbie was born for Quinn's endless mischief and glee, but it's the smaller parts that make the film stick its landing so well. Perez hasn't been on a stage this big in quite some time but finds her calling as a dedicated detective who can't help but quote overused cliches from cop television shows. Her Renee Montoya has to decide where the badge ends and justice begins, and the Oscar-nominated actress taps perfectly into that persona.

You've never seen Chris Messina like this, literally. Playing Roman's loyal (maybe too much so?) henchman Victor, Messina's hair is bleach blond and his face and body are covered in scars and tattoos. If you had this guy pegged to play a sadistic villain who peels faces off a few years ago, please show me your lottery ticket.

Winstead is a marvel of many cinematic trades, but shows some different strokes her as an avenging crossbow specialist who can't figure out exactly how to introduce herself-but has settled on "The Huntress," to everybody else's chagrin. Smollett-Bell made her initial mark on my mind during a 19-episode run on HBO's "True Blood," but comes into her own here as the mysterious Dinah Lance, aka Black Canary. She can fight, work both sides of the game, and help people-but Dinah has something else in store.

McGregor hasn't had this much fun on screen in years. Consider this the opposite of his dour demeanor in last year's "Doctor Sleep." He brings an effortless menace to Roman, along with a playful perfectionist vibe that creates wrinkles for comedy in certain scenes. You didn't need an intimidating bad guy here, just someone who came off as diabolical yet thrilling to watch. You want to see Roman suffer, but don't mind the delay in his eventual fate due to how well McGregor plays him.

The Music And The Imagery

The soundtrack is inspired, with plenty of covers of classics you'll be looking up afterward. The editing is sharp, with the 110 minutes flying at a bristling pace. The production design is delightfully cheeky and inspired, with Gotham being fittingly rendered as a badlands-flavored playground for misguided souls. There are shots in this film that will be remembered in November and December.

Hat tip to the director of photography Mathew Libatique for making this more than just another comic book flick. Yan acquired a true ace in the hole with Libatique, whose resume starts at "Requiem For a Dream," peruses over "Iron Man," stops off at "Black Swan," and was just recognized last year for "A Star is Born." He knows how to acquire all the real estate out of a single shot.

In the end, Robbie and Yan deserve the most credit here. The actress is arguably one of the best performers in Hollywood, garnering acclaim for "Once Upon a Time ... in Hollywood" as well as "Bombshell" last year, garnering an Oscar nomination for the latter. The actress who once played Tonya Harding to a tee lends weight to the easy-to-please role of Harley Quinn. You never think for a second someone could else could have worn these shoes or played it better.

Yan does Quinn's story and persona justice by surrounding her in a film that feels and looks exactly like her personality. "Birds of Prey" comes off as a depiction of the inter-workings of Quinn's mind in all its mischief-fueled glory. Like Jenkins did with Diana Prince, Yan doesn't take this tale lightly and produces a film with some gusto and panache, providing even the non-comic addicts with an experience to remember.

There's something hopelessly endearing about Quinn's tale. She's not a good or bad person, preferring to exist in the go-between of life. She takes a beating and gives one back, not relying on superpowers to save the day. She appreciates the little things like espresso and well-made breakfast sandwiches. She's helplessly irreverent to incoming danger, tackling it head-on. She's also just having a blast, which is what you'll have during this movie.

By the time the final scene rolls out and you know the credits are coming, I was ready for more. More playtime with Harley and her gang of crazies. This movie is so good, you won't even notice the cold-blooded fist of female empowerment being championed. Somewhere, in the much-traveled world of comic book movies, Cathy Yan managed to make something wildly entertaining and persistent.

RELATED: 3 actors who could play Kurt Warner in a movie