'Dinoroarus' is back from extinction at the Saint Louis Zoo

You'll find it in the space that was formerly the Children's Zoo with 16 groupings of animatronic and stationary dinosaurs. 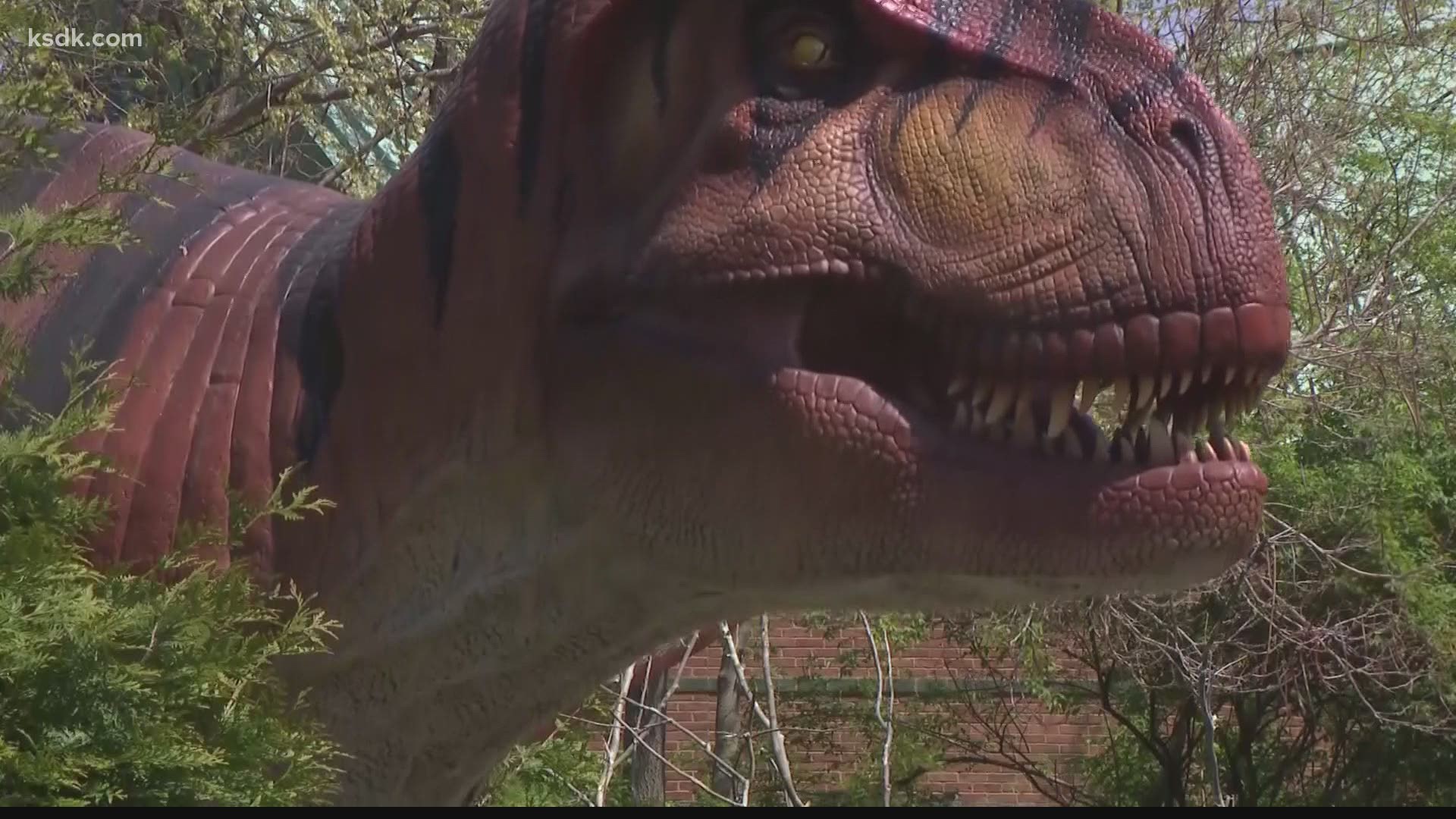 ST. LOUIS — Dinoroarus opens to the public at the Saint Louis Zoo on Saturday, April 17. Dana Dean is giving you a look at what you can expect at the exhibit.

Dinoroarus at the Saint Louis Zoo lives up to its name. After more than a decade, the exhibit is back from extinction, larger, louder, and with a new location. You'll find it in the space that was formerly the Children's Zoo with 16 groupings of animatronic and stationary dinosaurs. 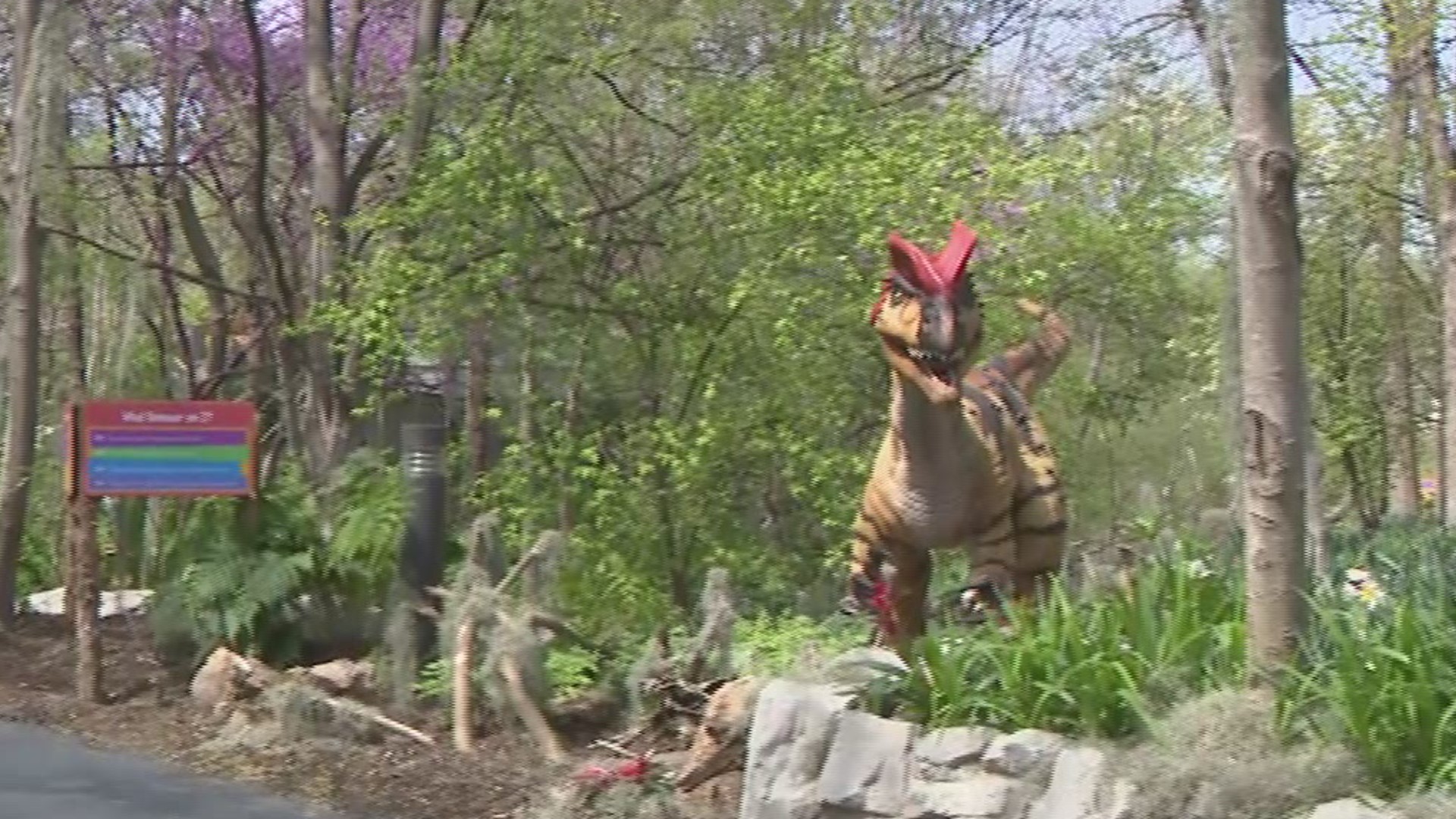 Director of Saint Louis Zoo Michael Macek said, "We did this in 2008. We know children are enamored with dinosaurs. This is a much different setting than we had last time, much more realistic."

When you enter the exhibit you'll be greeted by the Dilophosaurus, one of two dinosaurs here that spit at guests walking by.

"That's how dinosaurs say, ‘Hello.’ I don't know… be on the lookout and get ready to get a little wet,” Macek said.

Making you feel like you're really back in time, you'll find plants and animals throughout the exhibit, similar to ones that were around when dinosaurs roamed the earth.

He said, "Tasmanian devils are here, otters, free ranging birds which are living dinosaurs, and aquatic animals that existed during various times and different periods when dinosaurs existed."

The dinosaurs are life size - the T-rex stands at 12 feet tall. Visitors will have plenty of time to see this land before time, since Dinoroarus will be around for several years.

He said, "It will run until October 31, so it will be seasonal each year. We are now currently reimagining what the Children's Zoo and family space will be, so we know we are going to keep it around for several years and we have some ideas of things we can do each year to refresh the experience.”