JEFFERSON COUNTY, Mo. — The Boy Scouts of America is honoring a Valley Middle School student for his heroic actions that may have saved a girl's life last year.

It all happened in June while 13-year-old Jake Friebel was on a family trip at Johnson's Shut-ins. Jake, a Boy Scout with Troop 535, was inspired by his grandfather to become a scout, first joining Cub Scouts and then crossing over into Boy Scouts in fifth grade.

That day last summer, he was swimming on the East Fork of the Black River, where the current flows around rock formations and creates a water park of natural chutes and pools that people flock to every summer.

He had just gone down one of the rock slides that dropped into a deep pool. Jake hooked onto a rock along the edge and waited for his family to catch up, avoiding the whirlpool in the center caused by two waterfalls that emptied into the pool.

"As my mom was about to go through, this about 17-ish girl cut her off, and went down the slide," Jake wrote in a statement describing the ordeal. "She made it all the way down the waterfall, but while she was going through that whirlpool I mentioned, she stopped and turned around to see where her friend was. We were screaming at her to keep swimming away from the whirlpool."

But the current started to pull her under, and her panicking pushed her under even further, Jake said. Jake was right next to her and was able to blindly reach underwater and pull her up. He pushed her over toward the rock he had been hanging onto. But in her shock, she let go and went through the whirlpool again.

"I could barely see her hands when I grabbed her and pulled her back up, a second time," Jake said.

This time, he swam her through the current until they reached safety on the other side of the pool, where she was able to climb out. She was frazzled and left in a hurry with her friend, so the Friebels never got the chance to talk to her.

"Jake didn't think it was any big deal, he thinks anyone would do it. He is extremely modest about it," said his mom, Jen Friebel.

He didn't expect any commendations or think of himself as a hero. But he told the story in passing to his scoutmaster, who mentioned that Jake may be eligible for the Medal of Merit. It's an award for Scouts who have performed some act of meritorious service that is beyond what is normally expected for a scout.

So the Friebels filled out the paperwork and submitted it. Jen said they didn't hear anything else until the Greater St. Louis Area Council of Boy Scouts gave them the news; Jake's application had been approved. But when it was sent to the National Court of Honor, they decided the Medal of Merit wasn't enough. They also wanted to give him the Heroism Award.

When they heard the news, Jen said she was "shocked and super proud. I was super proud of him that day too. There were a bunch of people around and he was the only one who did something."

Jake, now 14, was presented the Heroism Award this April at the Order of the Arrow Conclave weekend at Beaumont Scout Reservation.

“This is the exact type of behavior we want our Scouts to be prepared for, but hope they never have to use,” said Joe Sadewasser, CEO of the Greater St. Louis Area Council, in congratulations to Jake and another scout who also received the Medal of Merit. He said their actions were "worthy of the Medal of Merit, and much more, and we are proud of their life-saving actions."

Although he said he felt proud to receive such a high honor, Jake's Boy Scouts journey doesn't end here. His next goal is to meet the requirements to become an Eagle Scout.

If he had the chance to talk to the girl he'd saved, there's one thing he would say. "I'd just ask if she's alright." 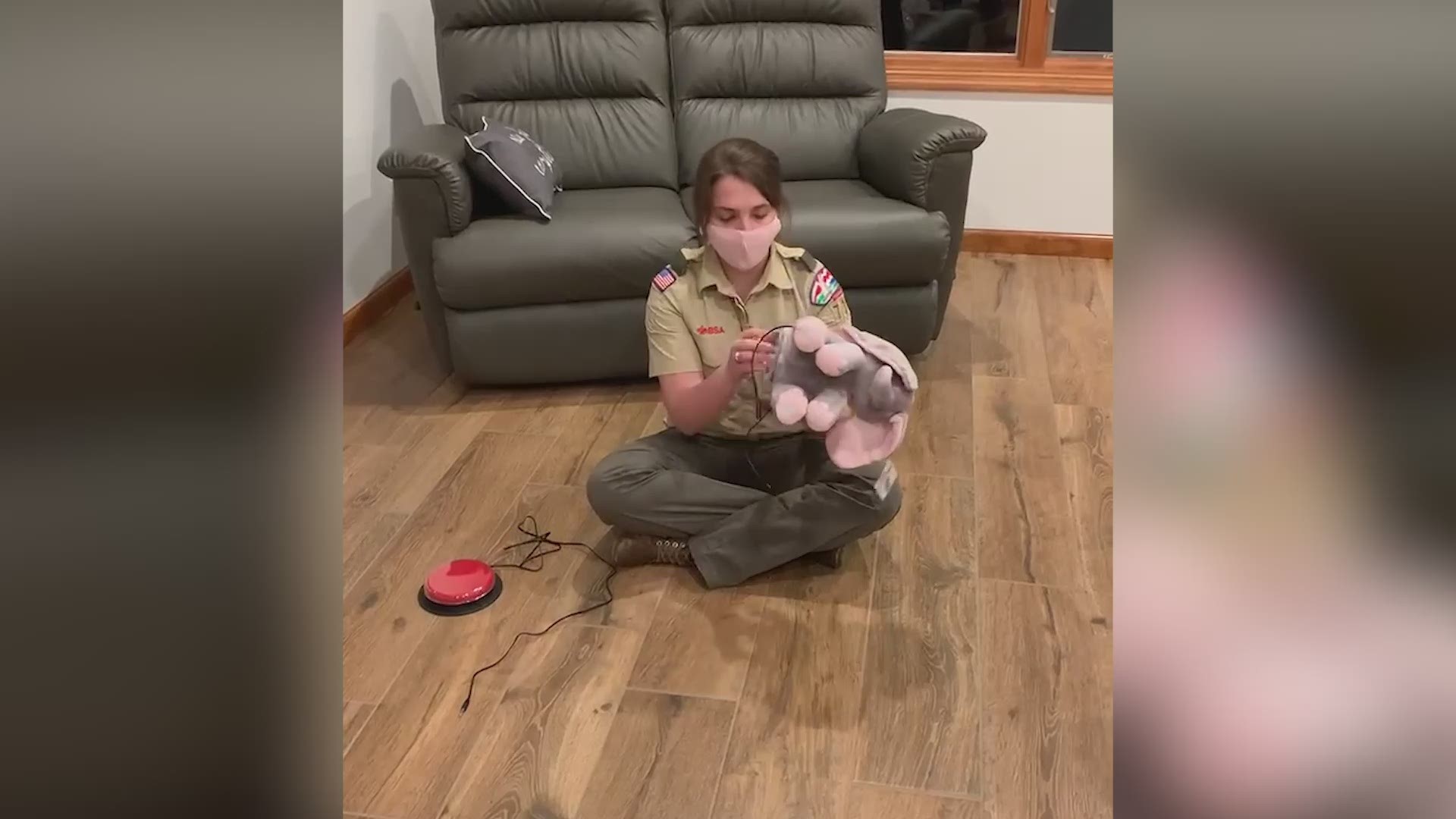