On Saturday, Armstrong threw a parade for Paydenn Mason, who is fighting Stage 4 neuroblastoma 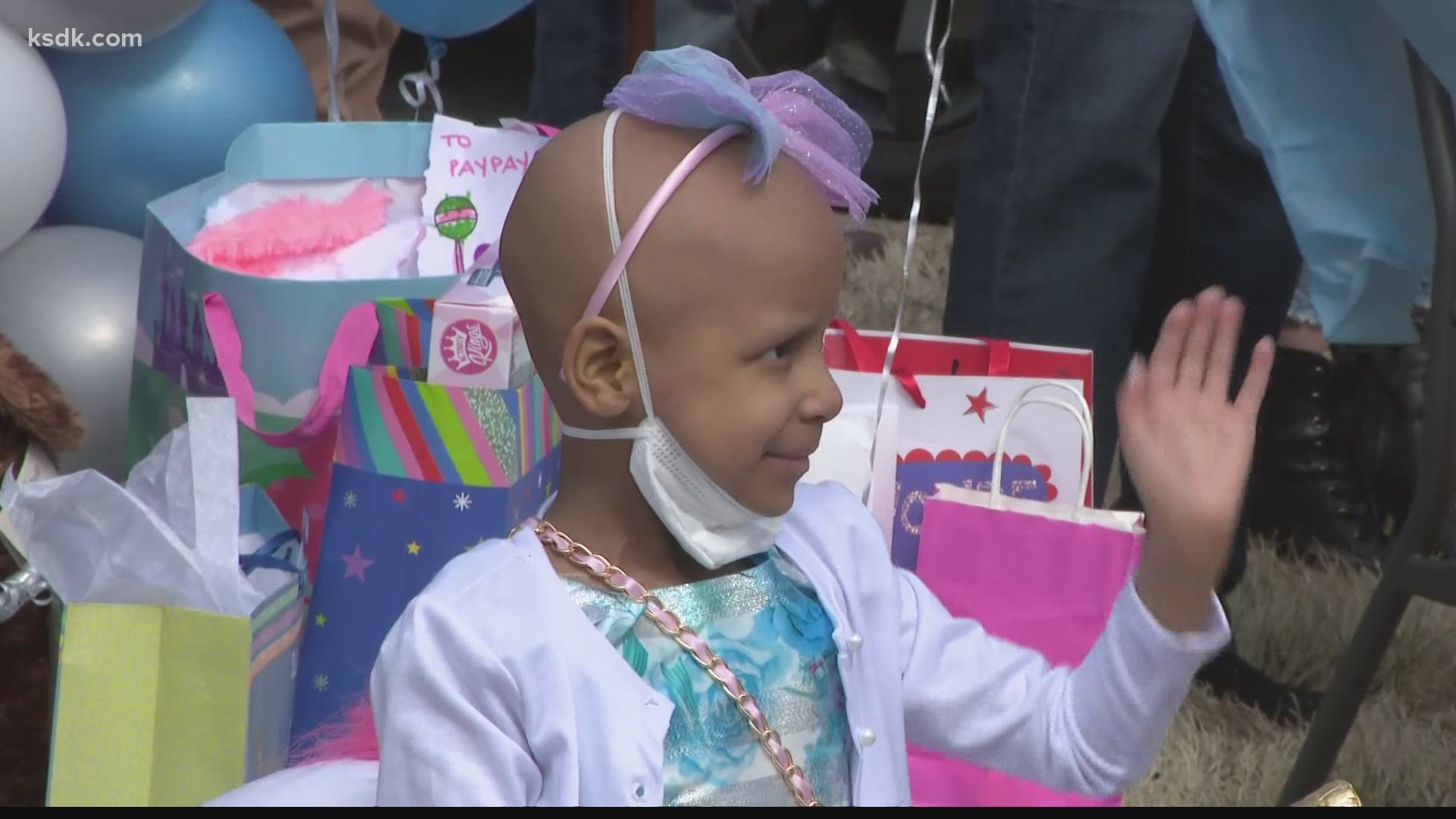 Armstrong threw a parade Saturday for Paydenn Mason, who is fighting Stage 4 neuroblastoma.

Paydenn, 6, has been battling cancer since last July. She is immunocompromised because of recent treatments.

“She's went through six rounds of chemotherapy. That was followed by a bone marrow transplant, and (she) just finished up radiation (Friday) and now she’s moving onto immunotherapy," said Samantha Mason, Paydenn's mom. Paydenn also had to have her kidney and spleen removed.

Armstrong said he met Paydenn and her mom after a traffic crash compelled him to direct traffic while off-duty.

There, Mason requested a parade for her daughter, knowing the police department had been organizing birthday parades for children before the pandemic.

Armstrong believes the conversation with Mason was meant to be.

People who participated in the parade met in the parking lot of First Baptist Church on North Florissant Road. The parade traveled west down January Avenue, where Paydenn and her family waved to cars at the intersection with Warfield Drive.

“Paydenn is a very smart, strong girl. She's been through so much,” her mom said. “I’m just appreciative of everyone that came out and everybody that’s donated to the GoFundMe — it’s definitely helped. ... I’m just trying to help my baby live her life and not be worried.”

Click here to make a donation to Paydenn's GoFundMe.