About eight months after it went missing, Drew Huskey made a return trip to Parker's Ridge in Canada in the hopes of finding his wife's ring. 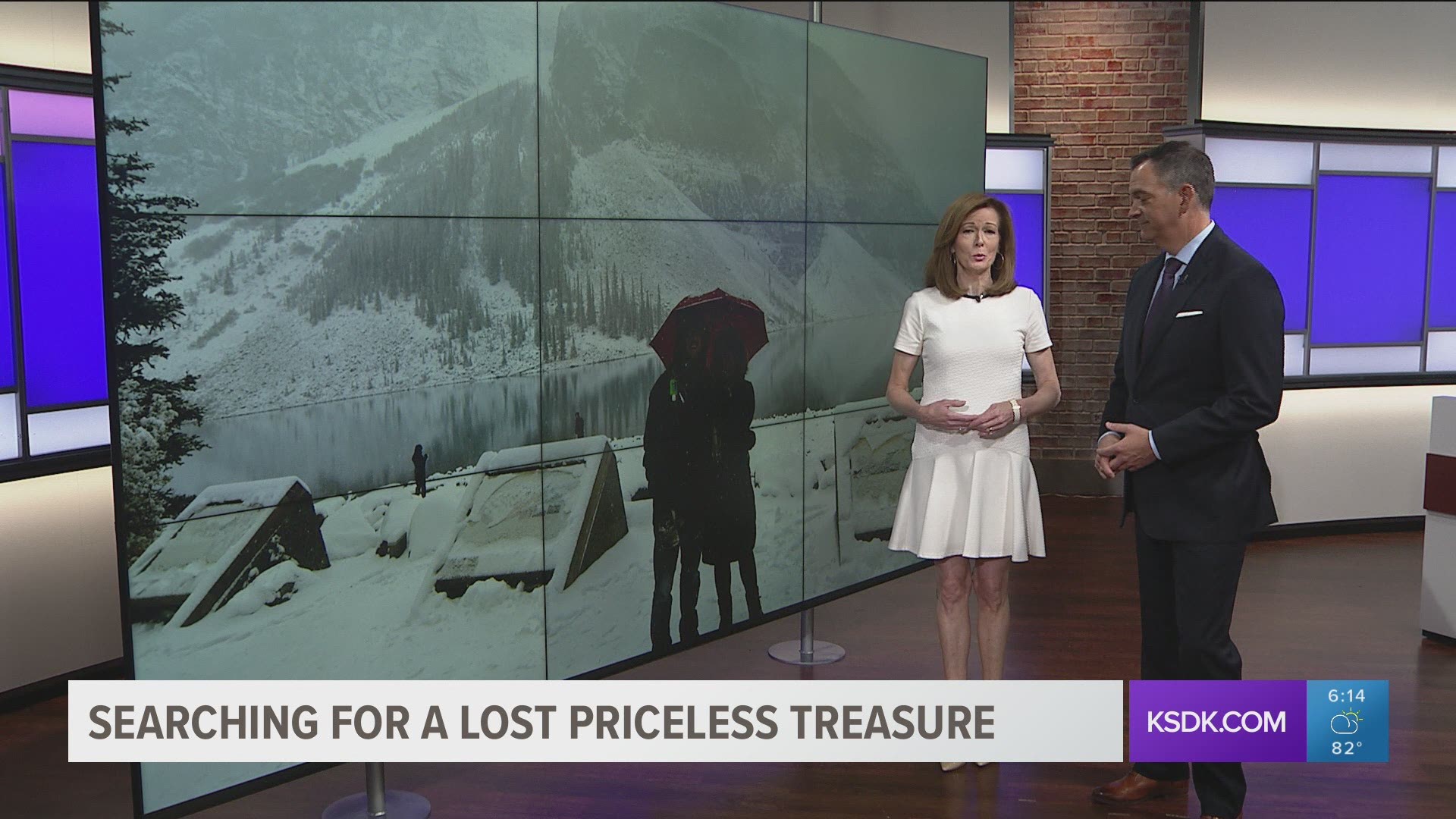 WILDWOOD, Mo. — Vacation, for Emily Yang and Drew Huskey, was supposed to be a trip of a lifetime.

"Part of our drive was supposed to be two and a half hours, but there was a huge snow storm," said Emily Yang.

"It's negative-12 out," Drew Huskey said of the drive.

Stuck in traffic on a mountain top in Canada wasn't on their original itinerary.

"So, I was walking through the snow dusting the snow off me and, oh my God! I lost the ring!" said Emily.

They looked for hours, but the ring seemed to vanish. The rock that sat on her finger since it was placed there some three years ago was now part of Parker's Ridge.

After returning home, Drew started looking into ways to find the lost ring.

"A lady who used to work here said, 'Have you ever heard of Ring Finders?'" Drew said of a conversation with a former co-worker.

Ring Finders has people all over the world and if you lose something of value they will help you find it for a fee.

Drew contacted the organization and was paired up with Syd Kanten who lived two hours from Parker's Ridge. It seemed a little far to go for a ring but as luck would have it, Syd happened to be a St. Louis Cardinals fan. Syd said if Drew paid for his gas he would help.

Syd kept Drew informed of the conditions on Parker's Ridge, and had to wait for eight months for all the snow in the area to melt.

"Me and him stayed in contact until the very date we met at the mountain," Drew said.

That day was also plagued with disasters. Wildfires a few hours away made the trip treacherous.

"It's raining ash and it's hard to breathe," Drew said.

Danger seemed to be all around them

And all the while...

He had hopes of surprising her because their anniversary was that weekend, but after hours of searching hope was fading. They were coming to the conclusion that the ring may have washed down the mountain during the Spring thaw or someone may have already found Emily's most prized possession.

"All of a sudden, Tyler, his son, his metal detector dies. He starts to walk to the top of the mountain, he saw something shiny. He bends down, picks it up and says 'Hey, is this the ring we're looking for?"

He had reclaimed his rock from the mountain and now it was time to bring it home.

"Monday morning, first thing I did was went to Shane Co. and got it all polished up," he said.

He typed a letter stating his confession.

"He went back to Canada, when I read that, tears were coming out of my eyes," she said.

And set up cameras to capture her reaction.

RELATED: You could get paid $10,000 to eat barbecue ribs across America

RELATED: A father, a son and a baseball