A big dog with an even bigger heart comforts Missouri soldiers

Bandit is now up for an amazing honor. The Great Dane has a chance to be named the 2020 American Humane Hero Dog Awards national therapy dog of the year 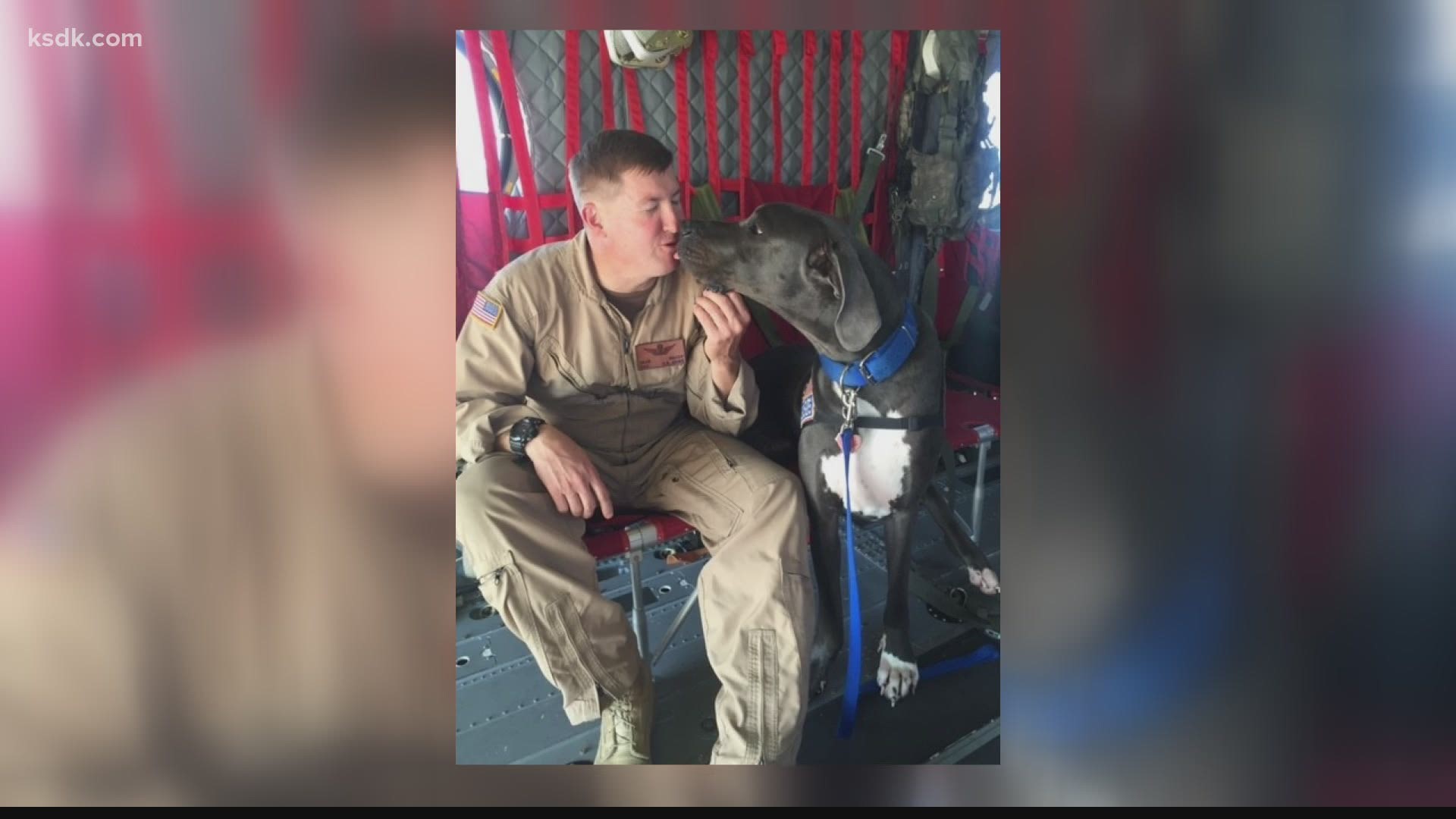 FORT LEONARD WOOD, Mo. — He is one big dog from head to toe, 200 pounds in all. But Bandit the Great Dane also has a lot of love to give.

“We named him Bandit not knowing that his mission would be stealing hearts," said Bandit's owner Kelly Brownfield.

Those hearts belong to our troops. Bandit serves as the therapy dog for the USO of Missouri.

Brownfield said he knows when he's on a mission. He works to bring calm and comfort to the soldiers at Fort Leonard Wood.

“He comes up and lays his head on you," she said. "We’ve had people break out in tears at that moment.”

Brownfield explained that Bandit can sense when he's needed.

“One of our workers said that dog has something about him. He could read people,” she recalled.

Bandit’s instinct may come as a result of his past. He's been through a lot himself.

“He wasn’t in good shape,” said Brownfield, who got Bandit just at the right time. “We rescued him right before he was going to be put down.”

In the years since his rescue, Bandit has gone through numerous surgeries to fix deformities in his legs. He has two plates and 20 screws in his back legs.

But Bandit has been able to persevere. It is his courage that encourages the soldiers to fight through their own struggles.

"Soldier from the past called us and said, 'I just want you to know he helped me through a dark time.' He has overcome and shows others that you can do it. You can go through a lot and still be amazing," she said.

The big dog is now up for an amazing honor.

Bandit has a chance to be named the 2020 American Humane Hero Dog Awards national therapy dog of the year.

"It would be a great way to close out his career,” Brownfield said.

It’s been a career of giving.

“He’s given his whole life, and I just keep thinking I’ve given him all I can,”  she added.

Brownfield believes her big dog deserves something big in return.

“We cannot thank him enough for what he’s done."

You can vote for Bandit once every day until July 16 by going to the American Humane Hero Dog Awards website.