New Netflix show features what the St. Louis food scene is all about

How does St. Louis stack up to other cities? YouTube sensation and new Netflix host Daym Drops put three of our restaurants to the test 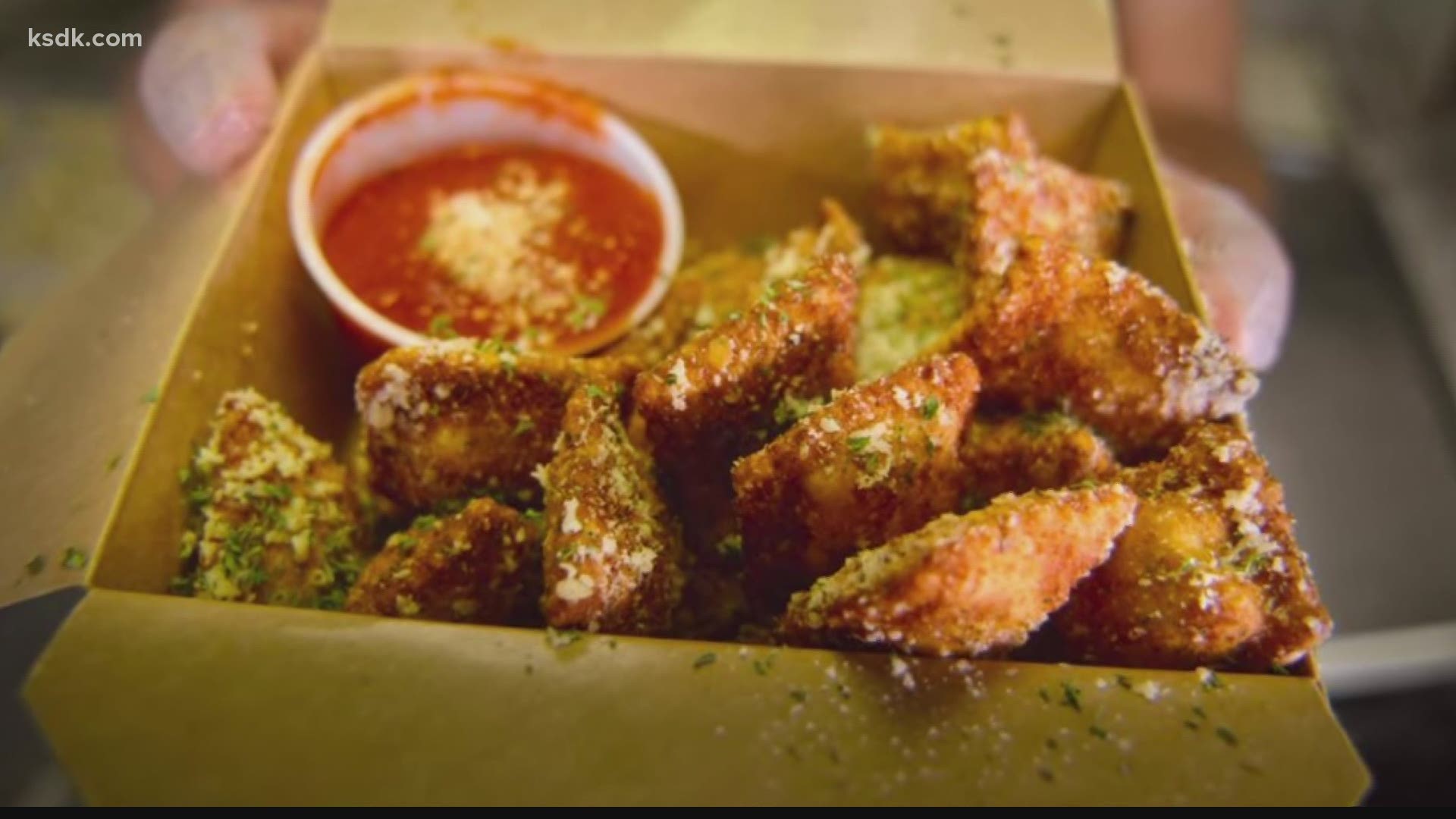 ST. LOUIS — St. Louis is proud of its culinary heritage, and rightfully so. Now, the Lou has caught the attention of food critic Daym Drops who gained his popularity in 2009 doing fast food reviews with one video getting more than 10 million views.

Fast forward 12 years and he is now the host of the soon-to-be launched Netflix series "Fresh, Fried and Crispy" and he is giving our city high marks.

"I've had ravioli as a kid. Toasted ravioli, wow, you get that like light crisp to it and it's just that nice pasta bite and you're like, 'What is this? I need more of it!'"

Drops is super impressed with Zia's on the Hill where he starts his journey on the show, which will be released June 9.

From toasted ravioli and arancini to veal pomodoro, Zia's on the Hill showed Drops why St. Louis has risen to great heights, gaining momentum on many big city appetites.

"The Lou treated me well. Like when you guys came to show out and bring that food, y'all were ready for me before I even got there," Drops said.

From the Hill, he traveled to SweetArt bakery in Shaw to meet with the infectious Chef Reine Bayoc. He left impressed.

"I have to admit that this is the very first time I was in a vegan establishment where I wanted more, where I didn't mind that it wasn't actual chicken," Drops said. "The flavor was so amazing. It was so close to it and even better — dare I say it, I have to look around and make sure nobody's watching — even better than some chicken sandwiches I've had. Oh my goodness."

Chef Reine also served up one of Drops' favorite foods: fried apple pie ala mode. She told him "by the end of the day I'll make you vegan."

He then visited Grace Meat + Three Chef Rick Lewis and his family, who opened their home to Drops, serving up beaver t-ravs, venison country fried steak and a fried bologna sandwich.

You can bet that won't be Drops' last time in St. Louis. He said he is spreading the word that the Lou has a lot to offer for families to vacation this summer.