After sharing Bowie’s story, the shelter received more than 40 applications to adopt him 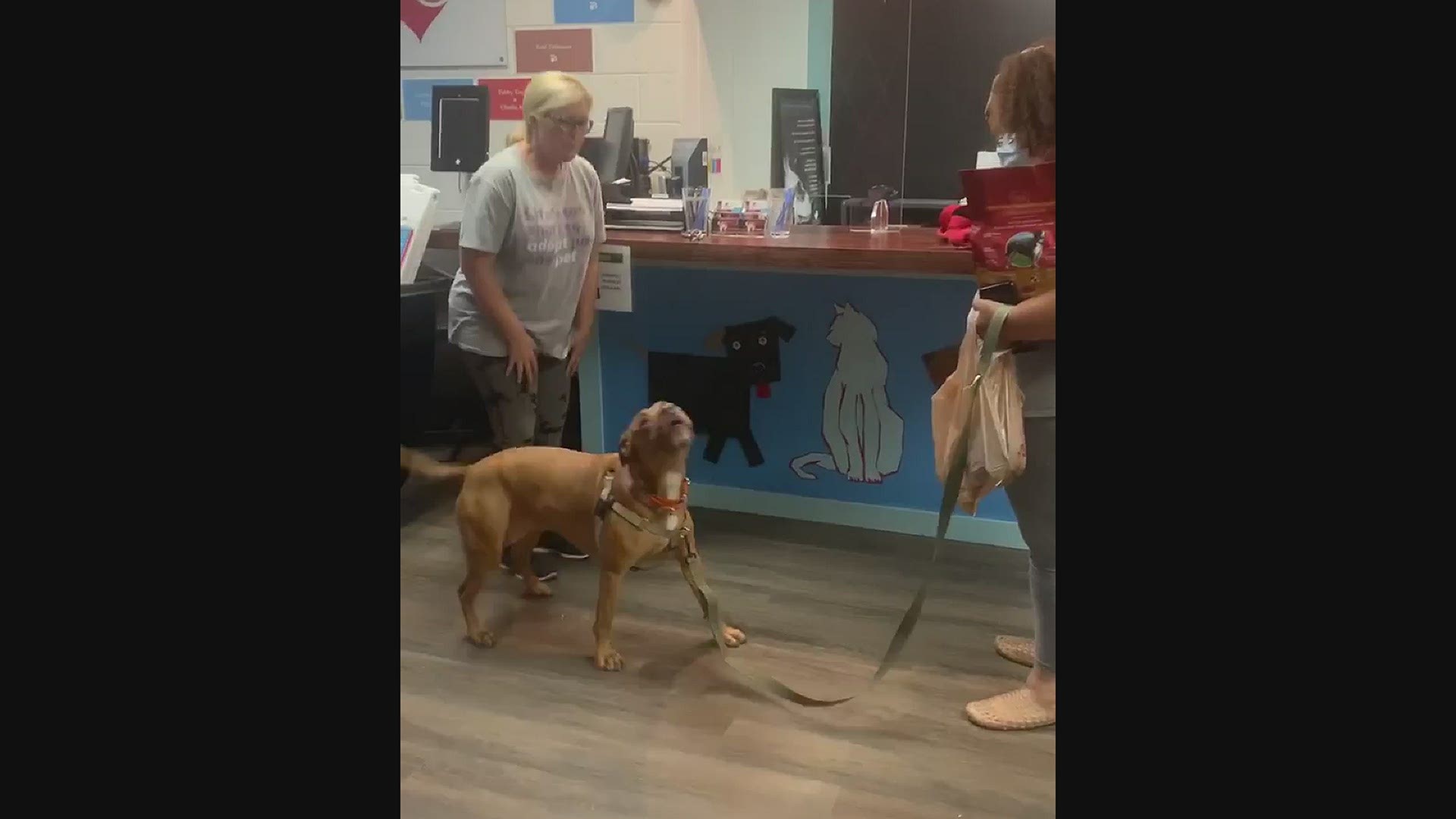 EAST ST. LOUIS, Ill. — A local shelter dog named Bowie who has been waiting more than 1,250 days to be adopted has finally found his forever home.

The 6-year-old pitbull was born in 2014 while in the care of Gateway Pet Guardians and was originally adopted as a puppy. He was returned to the shelter a few years later.

After spending a few months at the shelter, Bowie was placed in a foster home where he had been “crashing” for the last two and half years.

Many animal shelters experience a phenomenon where a pet in their care gets looked over time and time again through no fault of their own, the shelter said in a press release.

"He’s a great dog who is very well trained and just needs someone to give him a chance,” said Brittany Fleming, placement manager.

RELATED: 'Needs someone to give him a chance' | St. Louis shelter dog has waited 1,250 days to be adopted

After sharing Bowie’s story, Gateway Pet Guardians received more than 40 applications to adopt him. The shelter met with a woman named Briana this week and Bowie went home with her Friday night.

The shelter shared a video of Bowie going home with his new mom.

In the video, one of the staff members says, "You're getting adopted, you ready?" and Bowie responds with a loud howl and a shake of his tail.

Bowie’s adoption fee was sponsored by “one of his fans” and his Briana will receive four free sessions of in-home private training and a professional photoshoot.