Michael Switzer's grandfather dropped out of school at 9 years old. He ended up building the largest licorice company in America right here in St. Louis 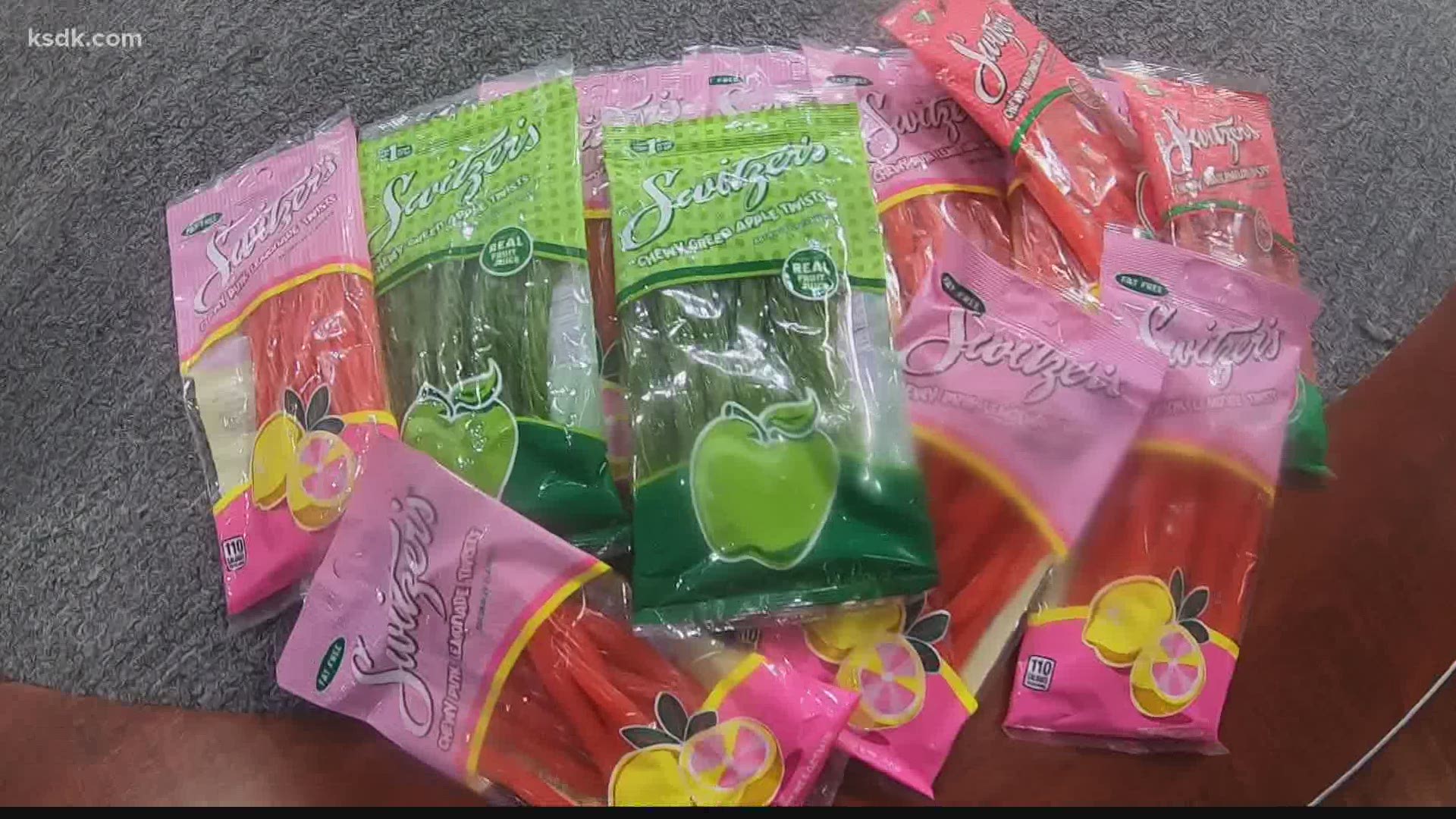 ST. LOUIS — When children go out trick-or-treating this weekend, there’s a chance of them will pick up a St. Louis favorite, a candy that started here 132 years ago.

The story behind Switzer Licorice reads like the American dream come true. Today, the candy comes in a rainbow of colors, but the Switzer family did not have a bright beginning in St. Louis.

“Immigrants who had nothing,” said Michael Switzer.

Switzer’s grandfather Fredrick was poor, but he was also rich in resourcefulness.

“He was selling candy on the street, picking up coal off the railroad tracks to keep his house warm,” Switzer said.

But his grandfather, who dropped out of school at the age of 9, got the hot idea to join up with Joe Murphy. In their “humble little kitchen”, Switzer said the business was born.

Michael Switzer grew up with candy. He joked about being popular in school because of it.

“We had candy so we were cool,” he said.

When he started to learn about his family’s history, he truly started to appreciate just how cool it was.

“I was completely fascinated. Not just starting from nothing and becoming something, but when you become something you remember where you came and you remember what got you there,” he said.

He is now the CEO of Switzer Licorice and is using those family values to revive a candy that’s been a part of St. Louis since the 1800s.

“A brand that many people have emotionally bonded with,” he said.

And he isn’t taking their loyalty for granted.

“Feel it’s something I have to live up to,” he said.

READ ALSO: Candy corn history and its ties to the St. Louis area

The company started out with black licorice but now offers a variety of flavors.

“I would like to keep pushing the product further,” said Switzer.

But two things will remain, the Switzer name and what it stands for in the community.

“This is a business that’s driven by families and their legacy,” Switzer said.

If you would like to learn more about the candy’s humble beginnings, Patrick Murphy has come out with the book “Candy Men”. You can read more about it and buy it here.