The Missouri National Veterans Memorial is a full-sized replica of the black granite memorial on the National Mall in Washington, D.C. 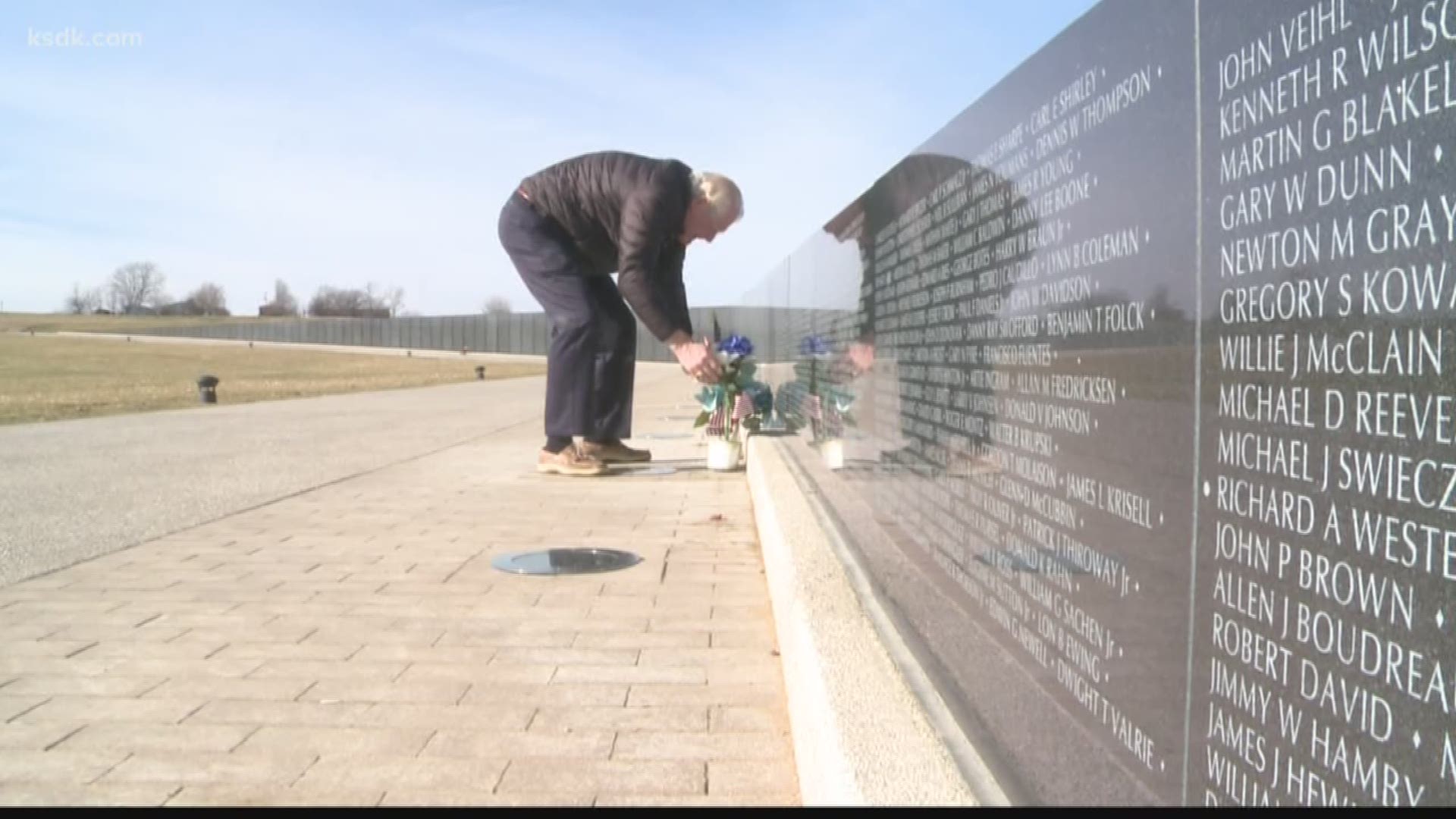 "If I made it back out of Vietnam alive, I had to do something to show my respect in honor of my comrades," said Eddleman. "I never had forgot that promise."

Eddleman also admits he never dreamed fulfilling that promise would mean funding an exact replica of the Vietnam Memorial at the National Mall in Washington, D.C. In 2016 Eddleman and his wife Charlene donated $2.5 million and the 47-acre family farm that had been passed down for several generations.

"When dad passed away I took the farm. So this is the third generation."

The replica wall was completed in 2018. Meanwhile, ambitious plans continue for the rest of the Missouri National Veterans Memorial in Perryville, Missouri: a welcome center, museum, reflection pool, cemetery, and more.

"We can draw people from everywhere," said Eddleman. "They won't have to go to Washington, D.C. now. They can come right here and be able to see their friend or brother or whatever relation they would be. And you know, it's just something that so many people appreciate."

Jackie Smith, the Pro Football Hall of Fame tight end who played for the St. Louis Football Cardinals, is helping to spread the word about the memorial wall and raise money. The goal is to attract corporate support and private donations.

"To see what we've done to this point should really tell people this is going to happen one way or the other," said Smith. "It's going to be right here in the heartland of America where most people, a lot of people can come by and see it. Not as hard to get to as Washington, D.C."