Bear takes a gander at a comfy deck in rural Wildwood

This one was recorded on security video shortly before dawn at a house on Highway 109. 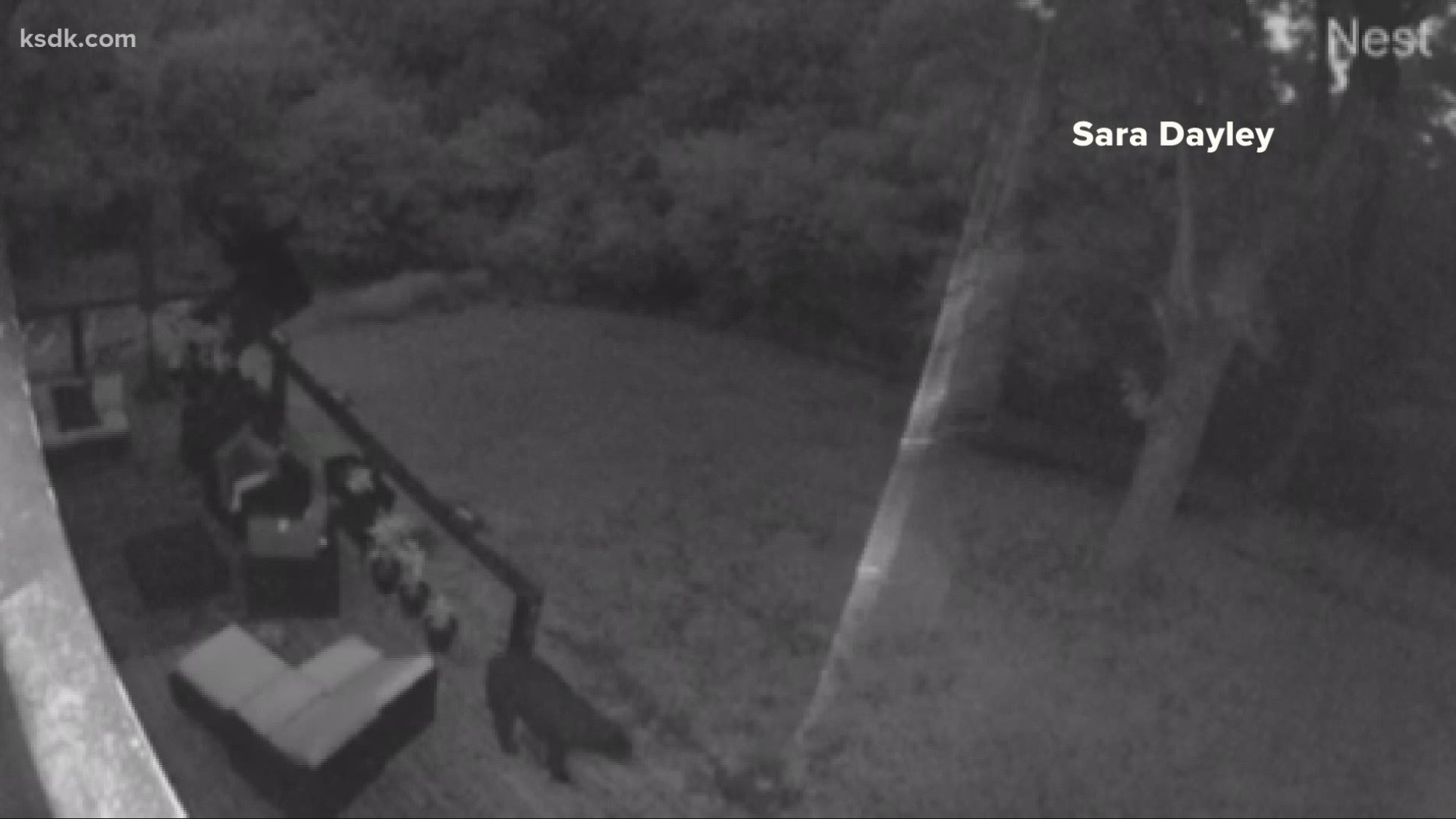 ST. LOUIS COUNTY, Mo. — What appears to be another bear has been sighted in Missouri, this time in rural Wildwood, in St. Louis County.

This one made an appearance on security video Sunday morning shortly before daylight, outside Sara Dayley’s home along Highway 109.

Dayley, a St. Louis County Health Department employee, said, “And I literally watched the clip 10 times. My kids were like, ‘Mom, quit watching it!’ I just can’t believe it! There’s a bear on my deck. And it’s not that far from the door, like four or five feet. So, rather close.”

Dayley stepped out on her second-story balcony to show 5 On Your Side how and where her security camera captured the bear.

“It just walked across the driveway onto the deck, by these banana peppers, sniffed around, and off into the woods over there,” she said.

Dayley’s 150-pound-plus dog, Ribbie, looks like he doesn’t miss too many meals. And Dayley said the bear is bigger.

“The bear was about a little bit bigger than that. I could tell by the scale proportion on the camera when Ribbie’s out there. The bear was definitely thicker and bigger.”

This is just the latest in a series of bear sightings around the area. Bears have also been reported lately in Brentwood, Ballwin, Richmond Heights and in Illinois, in Monroe County and south of Mount Vernon.

“It’s kind of a little bit of a rush,” Dayley said. “It’s neat to see stuff you don’t see on a regular basis.”

Dayley posted this latest installment of a Missouri bear video on social media.

“There’s a lot of shares and posts,” she said. “People say, ‘Wildwood, as in Wildwood, Missouri?’ People are kind of shocked. Babler State Park is right by here, so there’s a ton of property. It’s not out of the question with all the sightings that have been happening lately.”

Chesterfield Police said Sunday they have had calls reporting bear sightings in the area of Wild Horse Creek and Baxter roads. Those involve a young adult male bear, weighing about 200 pounds. Police caution if you see a bear, don’t approach or feed it.

Instead, they encourage you to call the police, and report the animal’s location.