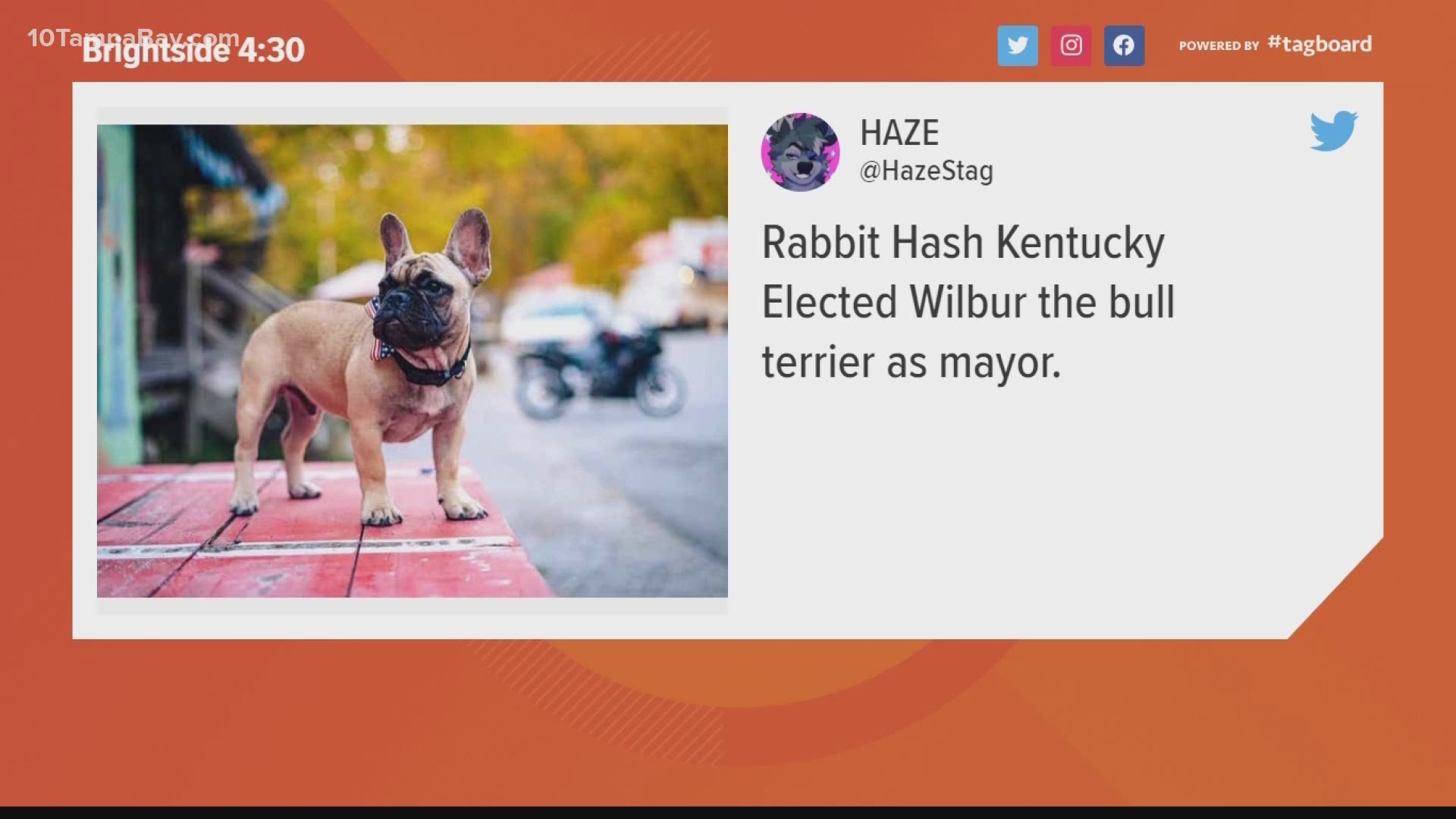 His name is Wilbur Beast, and he's a French bulldog who just won a landslide victory in the town's mayoral race.

The ABC affiliate said second- and third-place finishers Jack Rabbit and Poppy will both be ambassadors for Rabbit Hash.

According to the Louisville Courier-Journal, there were 22,985 votes cast -- the highest ever for the town.

The town in Boone County has been holding these dog mayor elections since 1998. While not technically a real election of a town official, it's a popular fundraising event for the Rabbit Hash Historical Society.

The Courier-Journal said organizers call it "the only honest election in the country."

The mayoral election in Rabbit Hash, Kentucky, was called for Wilbur Beast, a French Bulldog, in a landslide victory. https://t.co/x72g3Jrsbw