Zookeepers came up with the most adorable way to help Enrique get some pep back in his step: special boots that help with his arthritis 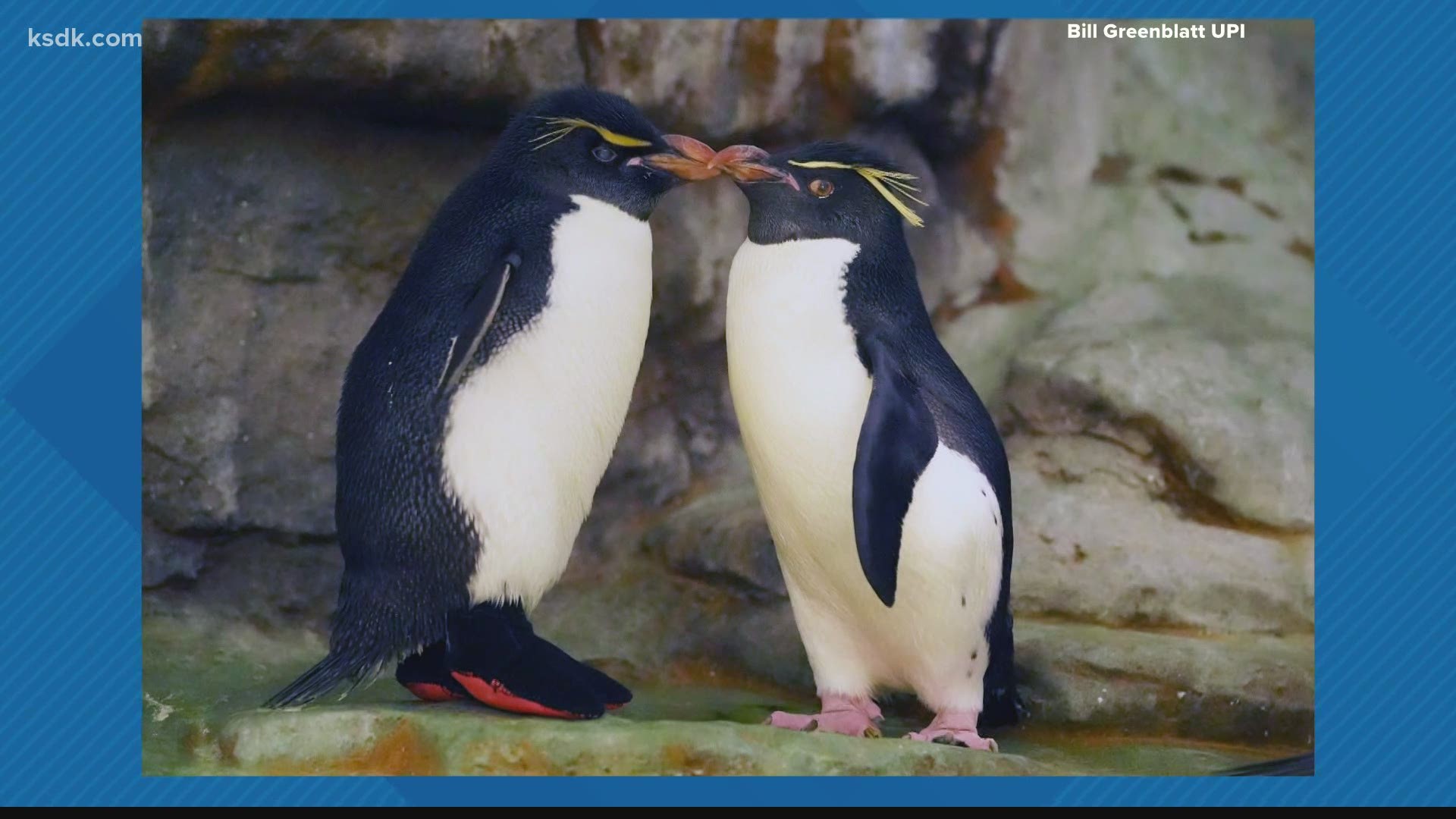 ST. LOUIS — The pitter-patter of a Saint Louis Zoo penguin is echoing far beyond the rocky walls inside Penguin & Puffin Coast.

Enrique the southern rockhopper penguin is making a splash all over social media for his snazzy shoes: a custom-made pair of boots that fit over his webbed feet.

Enrique is 30 years old — far older than the 10 years his species usually lives in the wild — and with age comes some complications. Over the last year, he’s had a tough time walking around the penguin exhibit because of arthritis.

Noticing his difficulties, zookeepers worked to help Enrique get some pep back in his step. Late last year, they reached out to a company in New Jersey that specializes in therapeutic shoes for animals. A few prototypes later, Enrique was rocking his new kicks.

Zookeepers said he’s now waddling, walking, climbing and even swimming more than he was before.

“His cool kicks allow him to live a more comfortable life,” the zoo wrote in a tweet.

1 / 5
UPI
Enrique (L) a rockhopper penguin, stands next to his friend his friend, while wearing special made shoes, at the Penguin & Puffin Coast at the Saint Louis Zoo in St. Louis on Wednesday, June 23, 2021. Enrique who is 30 years old, began having arthritis issues last year. New Jersey based Thera-Paw, a company that makes shoes for dogs and cats, customized a special pair of shoes for Enrique. The cushioned, rubber shoes are placed on his feet every morning and then removed at night. Photo by Bill Greenblatt/UPI

Enrique’s therapeutic support boots also are catching the eye of visitors who walk through the popular zoo exhibit. Earlier this month, a family from mid-Missouri noticed Enrique wearing his rubber boots and asked a zookeeper why. This was the explanation they got:

“He’s an extremely old penguin. Far older than would naturally survive in the wild. As a result, he has developed the penguin equivalent of arthritis in his feet. The zoo has a very effective pain-relieving cream they can put on, but it washes off when he goes into the water. So they sewed him tiny shoes made of wetsuit fabric to keep the cream on. No more pain and he can even swim with them on. And now you know why the St Louis Zoo has a penguin wearing shoes,” Joshua Ketelsen wrote in his now-viral post that’s been shared more than 30,000 times.

If you’d like to see Enrique and his special boots, the Saint Louis Zoo is open every day. Summer hours are 8 a.m.-5 p.m. Sundays through Thursdays. The zoo is open two hours later on Fridays and Saturdays. Hours vary on certain dates for special events. Check the latest updates on the zoo’s website here.

The Saint Louis Zoo continues to require reservations for visitors to help with limiting capacity. As always, tickets and admission to the zoo are free.