This may be one of the most unique homes in St. Louis

A new home is going up where much of the old is falling down. 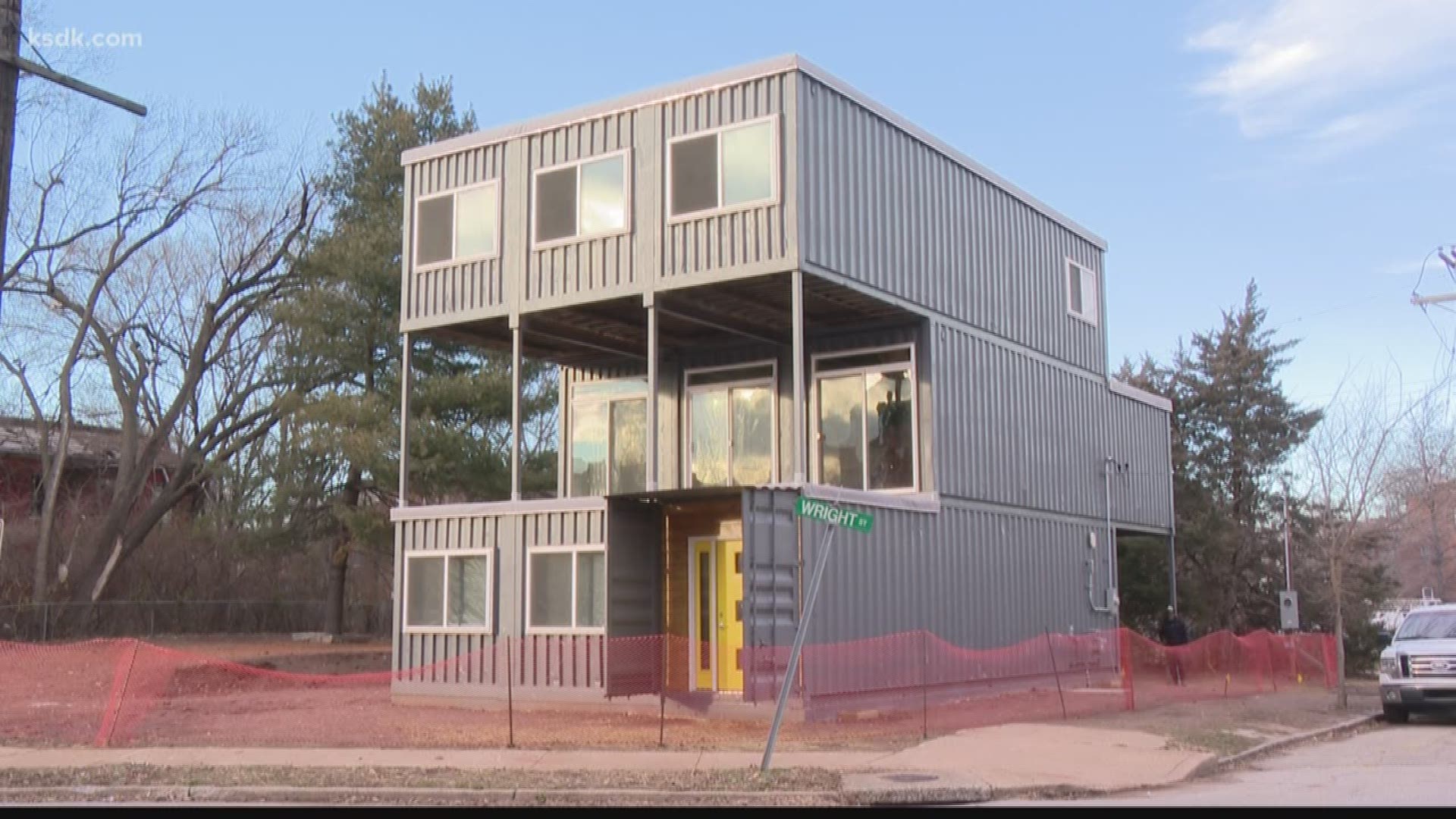 The latest attraction in Old North St Louis is turning heads and stopping people in their tracks.

"People from Crown Candy will stop in the middle of the street and take pictures," said Gina Sheridan.

A new home is going up where much of the old is falling down. We were there when construction—or shall we say, stacking—got underway.

"We stacked the whole house in a day. It's looking exactly the way we expected it to," said Zack Smithey.

Getting to this point has been no small feat. Smithey said it has taken "massive amounts" of time and effort. Keep in mind, the containers are made of steel.

"Everything about a shipping container home is heavy and hard," Smithey said.

That sturdiness means the house is virtually invincible. He said it's tornado-proof and earthquake-proof.

"I don't care about a big bad wolf. Nothing is blowing this down," said Travis Sheridan. Travis and his wife Gina soon will call this house their home.

They're big fans of local art, so they want their home to reflect that.

"Really highlight the local stories that exist that are told through local artists," he said.

But what may be the best thing to look at won't be on the walls. Their shipping container home made of steel features one of the best views of St. Louis' most famous steel structure: The Gateway Arch.

"That's why it is positioned as it is on the corner. We're just excited to see the Arch every day," said Gina.

And much like the iconic Arch, the Sheridans are hoping the container home will also be a symbol of pride in Old North St Louis.

"It's another feature of the area. I hope people love it as much as we do," Zach said.

Gina said the home will be included in the homes tour in Old North St Louis coming up in May.