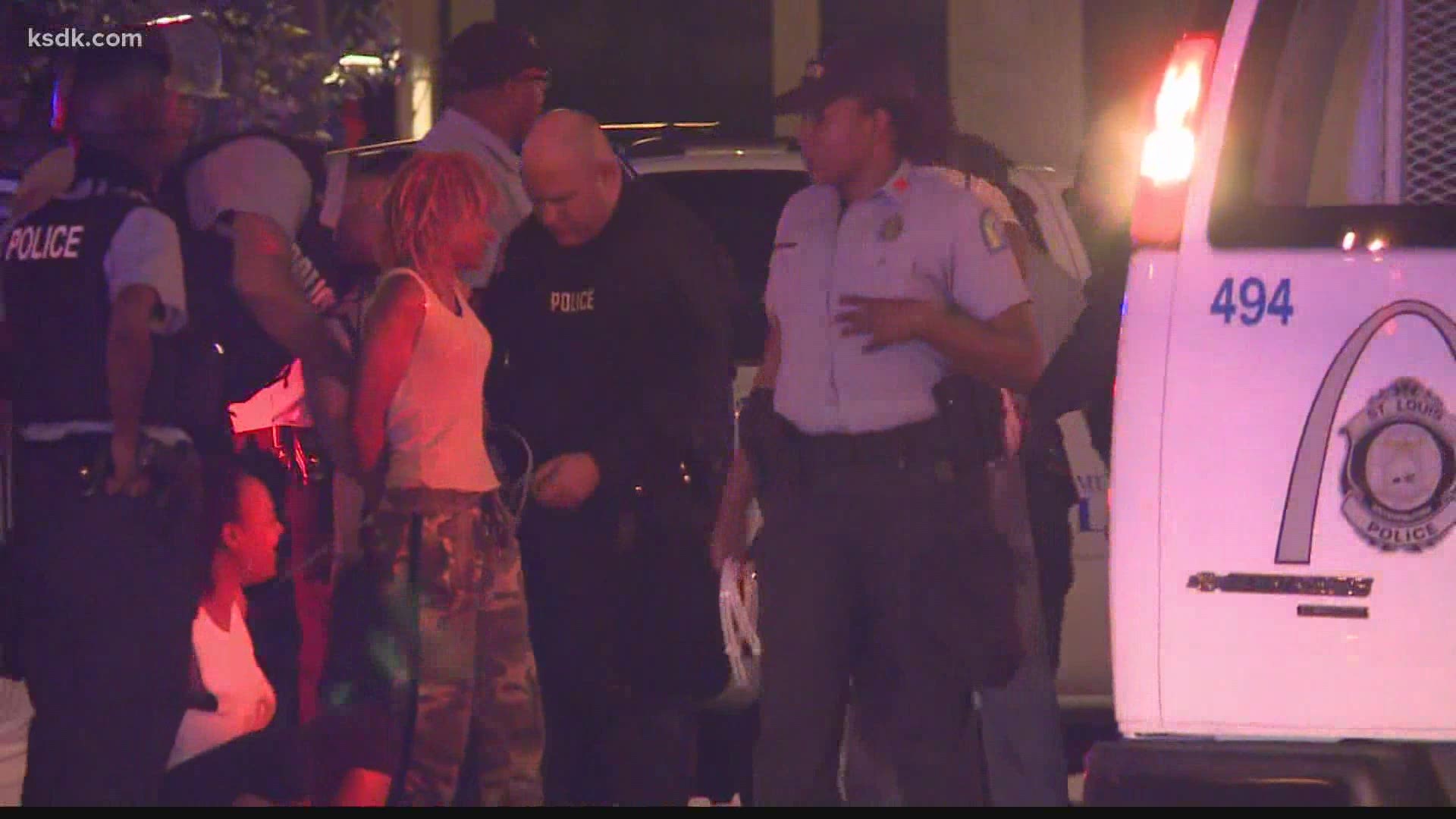 ST. LOUIS — An all-white jury with two Black alternate jurors will decide the fate of three white St. Louis police officers federally indicted for the assault of a Black officer during a 2017 protest.

Defense attorneys for Christopher Myers, Dustin Boone and Steven Korte argued to strike three out of the four Black jurors from the panel Tuesday. Myers and Boone are no longer with the department, but Korte is.

First Assistant U.S. Attorney Carry Costantin said their requests were racially biased and a "clear attempt to seat an all-white jury for a racially-charged case."

The defense had a combined 12 jurors to strike, and prosecutors had eight. Prosecutors struck eight white jurors.

“They are asking all the Black jurors be struck when there are white jurors who have the same circumstances,” Costantin argued.

U.S. District Judge Catherine Perry agreed, saying, “I’m very concerned about how these strikes were made.”

She then offered prosecutors a chance to resolve the issue, and prosecutors agreed to allow defense attorneys to strike a different juror. Attorneys Scott Rosenblum and John Rogers then asked to strike a white alternate juror, which left the two remaining Black jurors as alternates.

Costantin then asked the judge to quash the jury entirely and start over.

Perry said she had no choice under the law but to seat the jury and denied the motion to quash the jury.

So, the 12 seated members of the jury are white, and two of the four alternate jurors are Black.

Rosenblum argued he had legitimate reasons to strike three Black women from the jury.

One woman’s nephew was represented by Rogers in an unrelated case. Another woman said she would not feel comfortable living near anyone involved in a case she was deciding even though she didn't know if any of the officers lived near her. And the third woman’s father had been arrested by St. Louis police officers.

“This is not a pattern,” Rosenblum said. “We are just trying to get the best, fairest jury seated for our clients.”

After seating the jury, prosecutors and Rosenblum offered opening statements, however the audio feed for the first few minutes of Costantin's argument was cut off.

When the feed resumed, she told jurors Hall was more concerned about getting evidence he collected of property damage to police headquarters rather than his own injuries.

She also said he has had to have two spinal fusions since the assault, and a gash on his lip was so big, a paramedic could stick their finger through it.

Boone knelt on Hall's back and pushed Officer Hall's head down and the evidence will show Hall was "not resisting arrest in any way, not struggling, or fighting," Costantin said.

She also read several text messages federal investigators found on Myers' and Boone's phones, which included phrases like, "Going to be a lotta fun beating hell out of these (expletive) heads, nobody can tell us apart."

She said in one text, Boone wrote of a Black officer he was working with: "He's like a thug that's on our side."

Costantin then interrupted Rosenblum at least five times within the first few minutes of his opening statement.

His opening statement more than doubled the length of time prosecutors spent on their opening arguments, claiming the evidence would show his client wasn't near Hall's arrest and didn't break Hall's cellphone.

He said Myers put the cellphone in question into Hall's backpack when he found it -- "not something you'd do if you were trying to destroy evidence," Rosenblum said.

He said photographs from a St. Louis American photographer "changed my client's life forever," saying they showed he wasn't near the arrest when Hall was being beaten.

Prosecutors noted Myers told another officer he did break Hall's phone, but Rosenblum accused several of the officers who spoke to his client of lying about what Myers told them.

At one point, he accused Lt. Kim Allen, whom he characterized as a "loyal" friend to Officer Hall as conducting a "rogue investigation" based on nothing but rumor, adding: "The SLMPD is like an eighth grade or high school when it comes to rumors," and, "This was the talk of the department the next day."

He also said it is important to understand the "context" under which the inflammatory texts were exchanged.

He described how about 240 officers met at the Electrician's union hall the day after the protests for "Rah-rah speeches, amped up speeches, keep-your-head-up speeches" from commanders, and it was during that time that many of the texts were made.

"The environment that morning was like winning a football game," he said. "Everybody was excited because they did a good job fighting a lot of destruction."

Rosenblum told the jury evidence will show Hall didn't have his hands up or show any signs of surrender.

"You will hear Bailey Colletta ordering Hall to 'get down,' and hear Officer (Randy) Hays giving commands, 'Show me your hands'' because those hands are not being shown," he said.

Coletta and Hays have already pleaded guilty for their roles in the assault. Rosenblum also said Hays lied about where Myers was standing during the assault and expects him to lie again if he "gets the chance to ask him about it under oath."

Rosenblum also noted Sgt. Joe Mercantano "got promoted, not indicted" after telling investigators a "made up story" about how he met Myers at a gas station the day after the assault and Myers admitted to striking Hall twice.

Editor's note: An earlier version of this story incorrectly identified the race of one of the alternate jurors defense attorneys asked to strike.