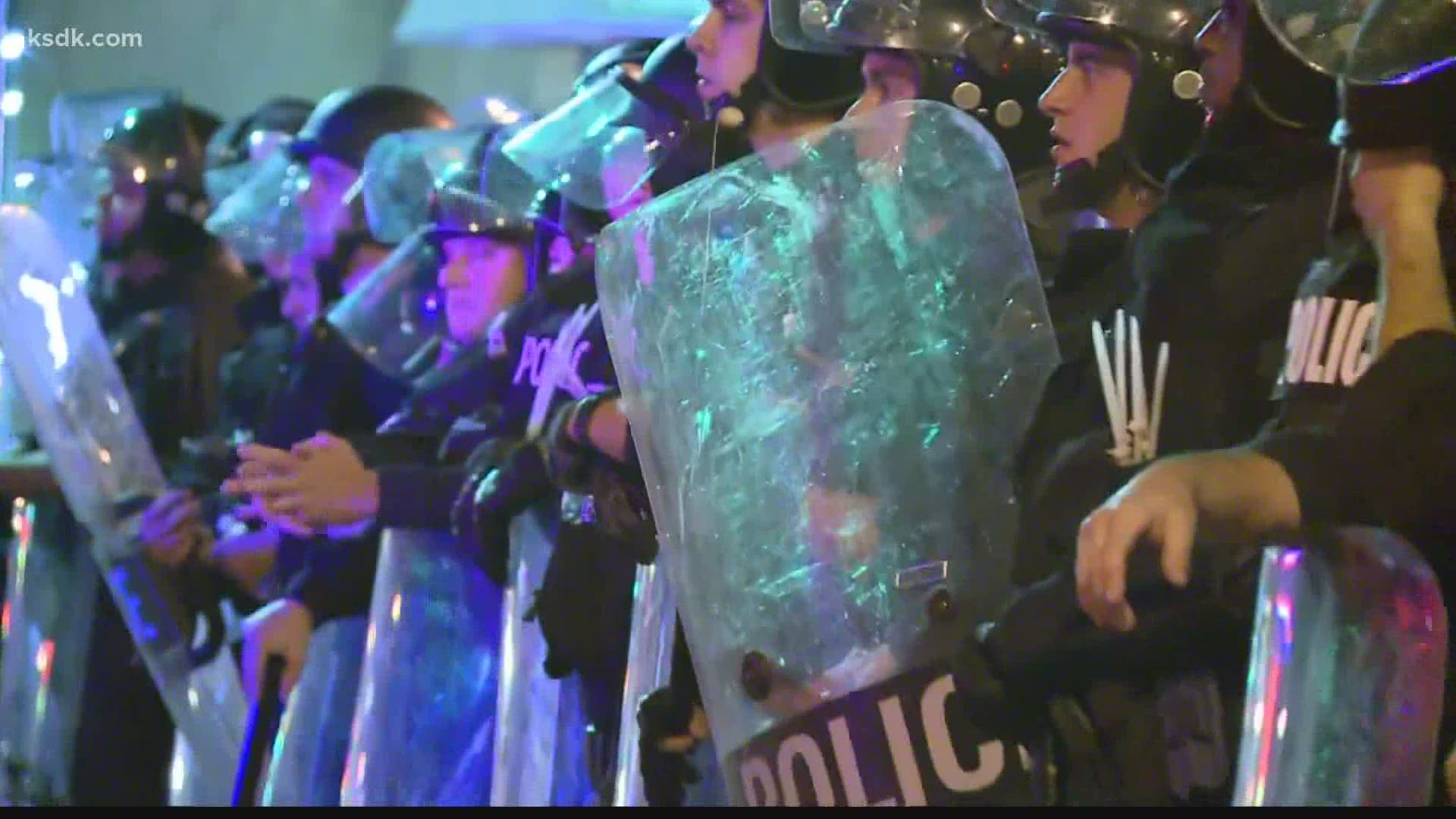 ST. LOUIS — The City of St. Louis will pay $5 million to a Black police officer who was assaulted in 2017 by white officers while working undercover during a protest, according to a settlement agreement obtained by 5 On Your Side.

Officer Luther Hall was working undercover during the protests that followed the acquittal of a police officer who had been charged with the 2011 murder of a Black drug suspect.

Five officers have been federally indicted for their alleged roles in the beating and are not included in the city's settlement. The city has 45 days to pay Hall, according to the agreement.

The agreement was signed by Mayor Lyda Krewson, Lt. Col. Lawrence O'Toole and Sgt. Joseph Marcantano, so the civil claims he's filed against the officers accused of beating him are ongoing.

In his civil lawsuit against the city, Hall claimed Krewson made a comment about how he had messed up his “cute face,” during an elevator ride following the attack and later denied knowing about the assault.

He also claimed fellow officers tried to cover up the beating, during which Hall — a 22-year veteran of the police force — was kicked in the face, leaving him unable to eat.

He also suffered a tailbone injury and a 2-centimeter laceration above one of his lips. He also had surgery to repair herniated discs in his neck and back, according to the lawsuit.

He also accused Marcantano of participating in the beating, getting promoted to sergeant afterwards.

Federal prosecutors allege Boone, Hays and Myers threw Hall to the ground and kicked and hit him with a police baton. Colletta was indicted for lying to a grand jury.

In his lawsuit, Hall claimed he was investigating protesters who had damaged property downtown and saw officers fire bean bag rounds and use pepper spray on the crowd without justification.

Hall also claimed he did not hear police order the crowd to disperse before they used force.

A fifth officer, Steve Korte, was federally indicted in 2019 for civil rights violations and lying to the FBI by claiming he was not involved in Hall’s arrest.

Hall remains employed by the St. Louis Metropolitan Police Department, but it's unclear whether he's returned to duty.

Other lawsuits are still pending against the City involving citizens who claim police officers also used unjustified force against them, especially during a technique known as "kettling" in which officers forced dozens of protesters together to arrest them. A St. Louis Post-Dispatch reporter was among them.

O'Toole was acting police chief at the time, and drew criticism after declaring, "we owned the night" during a press conference following the mass arrests. Hall was beaten that same night.