The bald eagle had to be euthanized due to severe tissue and bone damage, MDC confirmed. The shooting happened in southern Washington County earlier this month 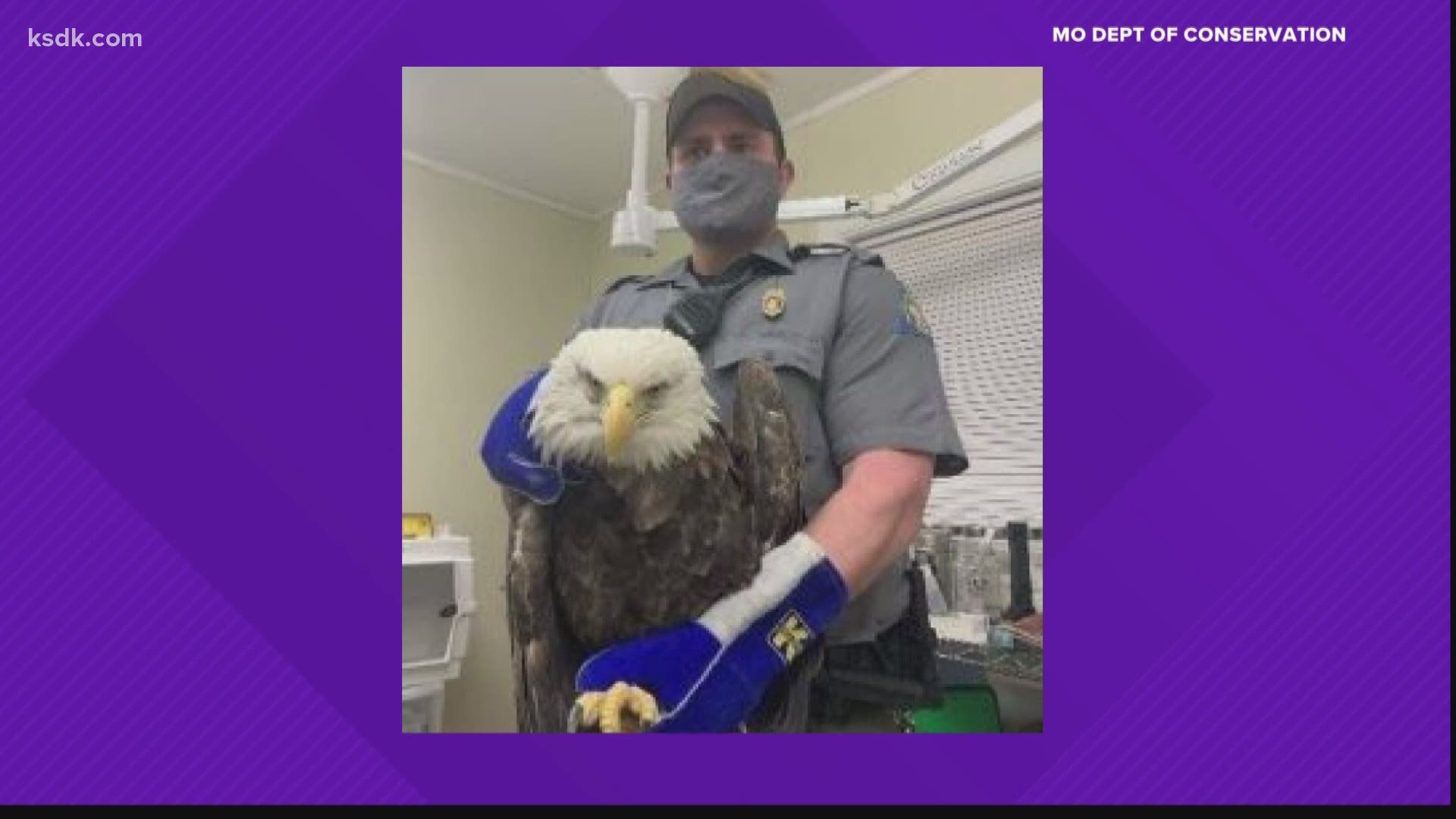 WASHINGTON COUNTY, Mo. — The Missouri Department of Conservation is hoping someone knows who shot a symbol of our nation in the greater St. Louis area.

Last Friday, the U.S. Forest Service Office in Potosi called conservation agent Jaymes Hall in Washington County about a bald eagle that was injured and needed help near Belgrade in the southern part of the county. Hall responded to Highways C and Z and found the eagle. It was lying in a field near a nest, where its mate was perched.

He was able to capture it and take it to the World Bird Sanctuary in St. Louis County for treatment.

While undergoing an examination, employees at the bird sanctuary discovered the bald eagle was suffering from two gunshot wounds. The gunshots were right through the joint of where the wing connected to the torso, the conservation department reported. The eagle’s right wing was dislocated and fractured.

The animal care team at the bird sanctuary operated on the bald eagle hoping to fix its injuries.

"Those injuries were too extensive however, and the bird did not survive," MDC confirmed in an update Wednesday morning.

The bald eagle had to be euthanized due to severe tissue and bone damage, an official explained to 5 On Your Side.

Wildlife officials believe the bald eagle was most likely shot on Feb. 3 or Feb. 4.

The Missouri Department of Conservation is investigating the case and is looking for additional evidence in the shooting. Anyone with information is urged to call MDC's Operation Game Thief hotline at 1-800-392-1111. Callers can remain anonymous. A cash reward is available for tips that lead to an arrest.

The American bald eagle is a protected species under law. Shooting one is both a State of Missouri and federal offense.