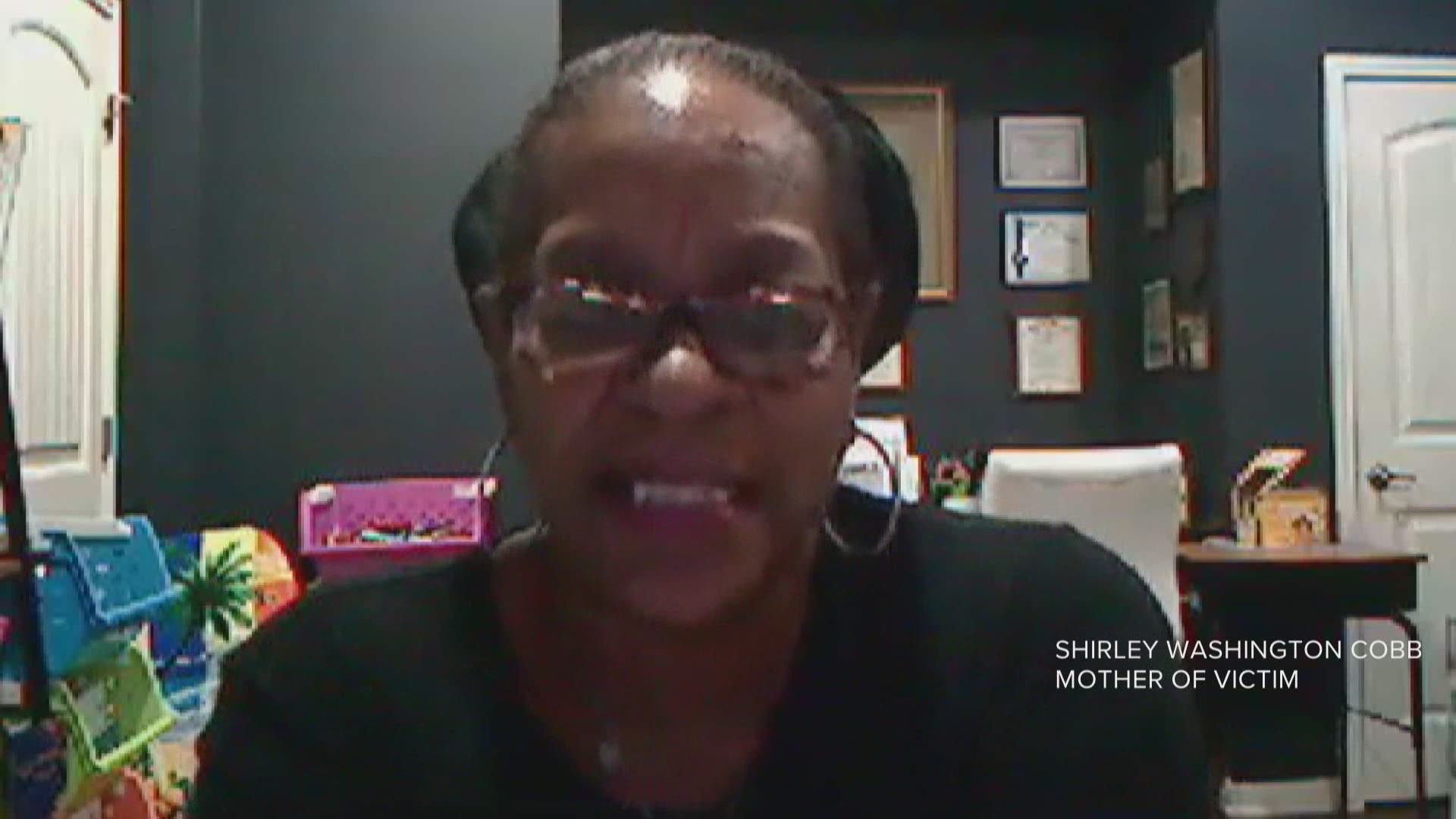 ST. LOUIS — Judge Rex Burlison has been on the bench in the city’s 22nd Judicial Circuit for almost a decade, and this week he did something he’s never done before in his career after prosecutors from Circuit Attorney Kim Gardner’s office struck a deal with killer.

He rejected a plea deal.

“I can’t control how the state charges a case, but I can control the sentencing,” he said before imposing the maximum sentence possible on an involuntary manslaughter charge, which started as a second-degree murder charge.

Jarmond Johnson was captured on surveillance footage assaulting Dwight Washington at the Civic Center Metro Transit Center near the Enterprise Center in February 2020. His mother, Shirley Cobb-Washington said her son struggled with addiction and was living on the streets at the time.

Nine days later, Johnson was accused of striking a nurse’s office window in the City Justice Center and breaking it. He was charged with property damage.

In another incident March 2, Johnson is accused of doing the same thing and was charged with property damage again.

She wrote letters to Burlison, begging him to reject the eight-year sentence Gardner’s Assistant Circuit Attorney Srikant Chigurupati had agreed to with Johnson’s attorney, saying Gardner’s office had not kept her informed of the developments in the case as they are required to do by law. She also said a previous prosecutor in Gardner’s office vowed to take the case to trial and pursue the second-degree murder charge given the strong evidence against Johnson instead of accepting the eight-year deal.

Jarmond appeared before Burlison Monday to be sentenced. The judge probed Chigurupati about his reasoning for reducing the second-degree charge to involuntary manslaughter.

“Tell me about the victim,” Burlison said.

“Your Honor, Mr. Washington, I mean, he was not attacking anybody,” Chigurupati said.

“And what brings this to the amended information of being involuntary manslaughter?” Burlison asked.

“Judge, there's three times where the defendant Jarmond Johnson makes contact with Mr. Washington,” he said. “Once is when he takes him off the curb either by striking him or by pushing him off the curb.

“The second time, he walks over and hits him with something or without something. It is not clear from the video and the third time is when he walks over and drops him. So there's three points of contact. There's no clear evidence of a weapon after considering what a defendant, a defense attorney might argue at trial and what's required to be proven for murder in the second degree, the charge was amended to involuntary manslaughter for consciously disregarding a substantial and unjustifiable risk. The recommendation was made before I received the case. It was pretty much accepted before I received the case.”

Washington’s parents attended the hearing via Zoom, and wept as Chigurupati described the attack on their son.

Moments later, Burlison said he was rejecting the plea deal and would accept nothing less than a 10-year sentence, which is the maximum amount on an involuntary manslaughter charge.

“Here’s where I’m going to part company,” Burlison said. “I don’t think anything other than max is what I’ll accept.”

Johnson accepted the sentence instead of withdrawing his guilty plea and going to trial.

Then, it was Cobb-Washington’s turn to speak. She described her son’s injuries.

Credit: Shirley Washington Cobb
Dwight Washington lays in the hospital after being beaten in 2020.

“I would like someone explain to me how that is involuntary and not purposeful,” she said. “His intent was to kill my son and he was going to continue to beat him until he caused either great damage or did what he ultimately did, which was to kill my son…

“And here you are pleading for mercy that you did not allow to my son. I want to let you know young man this will come back and revisit you and it will be in a court much higher than the one you are in today. I thought when I was diagnosed with breast cancer I had joined the worst club you could join. Sir, it is not. The greatest loss you have is a child. Let someone do to your child what you did to mine and see if you would think it’s involuntary. I have never hurt so badly in my life.”

At that point, Johnson appeared to begin taunting Cobb-Washington, showing her his handcuffs and mumbling under his breath. The bailiff tried to tell him to be respectful and stay silent. He then started arguing with the bailiff, telling him he doesn’t have to listen to him.

“This is almost like a joke to you,” Cobb-Washington said.

Her husband then tearfully addressed Johnson.

“Your daughter can visit you, my grandkids can’t visit their dad anymore,” he said to Johnson. “I have to deal with this.

“I didn’t know hurt could feel this way. Judge, I’m sorry, but 10 years is not enough, but I understand that’s all you could give him.”

“And we thank you,” Cobb-Washington added.

Gardner’s spokesman has issued two statements related to this case.

The first, issued days before the hearing: "Our office is unable to comment on that case as it is currently pending. Our Victim Services department works closely with victims and their families."

The second, moments after Burlison ruled on the case: “We can’t comment on a closed case.”

Washington-Cobb had a statement following the hearing, too.

“Kim Gardner is a criminal,” she texted me.

She had also heard of Gardner’s handling of a different murder case in which her prosecutors failed to show up for multiple hearings, which led a judge to dismiss the case. In his order, the judge wrote how Gardner had essentially “abandoned her duties” to prosecute cases.

That’s an important phrase from a legal perspective.

Last week, I explored the different avenues available to hold Gardner accountable – but I missed one.

An astute reader, an attorney who prefers to remain anonymous, told me state statute allows anyone with knowledge that an elected official neglected their official duties can file a motion with the circuit court to have a special prosecutor appointed to review affidavits and determine whether there is probable cause to issue charges seeking removal.

There could be a trial. It’s happened before.

Some of the witnesses to the Mike Brown shooting filed such a motion against then-St. Louis County Prosecuting Attorney Bob McCulloch.

It didn’t get far because the court determined he did not neglect his official duties because he brought the case before a grand jury.

The St. Louis County sheriff was ousted in 1956 for failing to enforce gambling laws. There were 347 witnesses who testified at that trial, according to court records.

The Missouri Supreme Court also held that this process could have been used against a prosecutor in 2001 in a case known as State v. Reardon, but ultimately dismissed the case as moot only because the prosecutor was no longer in office.

Should the special prosecutor decline to issue charges, state law allows the attorney general to step in, review the affidavits and make their own decision on whether to issue charges.

Cobb-Washington tells me she wants to know more about putting this process to the test.