Byers' Beat: What’s happened and what’s next for the McCloskeys

Missouri Gov. Parson said he will pardon the McCloskeys if they are convicted. Where does gubernatorial candidate Nicole Galloway stand? 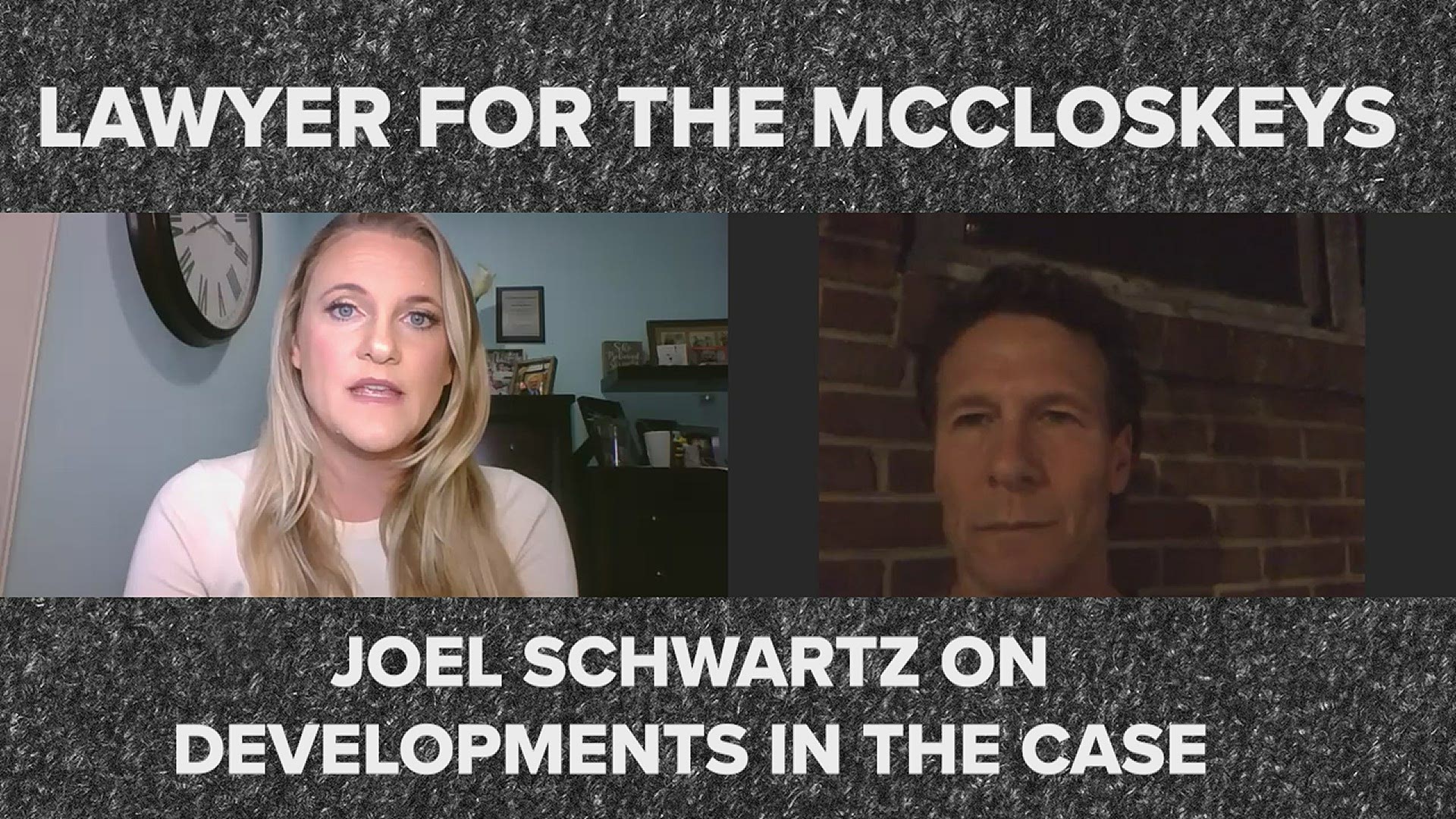 ST. LOUIS — On Tuesday, while outside the courthouse waiting for the McCloskeys and their attorney to speak to reporters, two reporters I didn’t recognize joined the crowd.

Each had a camera but were clearly working together.

Then, they started talking to each other in a language I didn’t understand.

It sounded Dutch, but maybe German.

Being the inquisitive creatures that we are, some among the group of local fellow journalists and photographers started asking where they were from.

And they spoke fluent English as most people from Europe commonly speak multiple languages.

They were there for their piece of the story that is the McCloskeys – known worldwide for pointing guns at protesters in front of their Central West End house in June.

And what a mouthful they got.

Mark and Patricia McCloskey along with their attorney Joel Schwartz addressed reporters following a hearing that day, which was continued until Oct. 14 because the grand jury had not yet reached a decision.

Mark McCloskey used the moment to campaign for President Donald Trump and wore a pin that read: “Gun Owners for Trump” on his suit.

5 On Your Side reported in July that Chris Hinckley, one of Circuit Attorney Kimberly Gardner’s assistant prosecutors, asked crime lab workers to fix Patricia McCloskey’s pistol because it was inoperable when it arrived at the lab.

“If that doesn’t frighten all of you, that the government is willing to do that just to take political advantage of this case to intimidate people that might think about defending themselves against the mob, then you need to be afraid of that,” he said.

As he spoke, I stood there thinking about how the journalists from the Netherlands were getting a front-row seat to how the confrontation in June, and the criminal case that’s followed, highlights some of the biggest issues that have defined our country’s history.

Hours later, 5 On Your Side confirmed a grand jury indicted the McCloskeys on the same unlawful use of a weapon charge Gardner’s office originally issued, but added a tampering with evidence charge to each of them.

Prosecutors now say it was the McCloskeys who tampered with the pistol to obstruct their prosecution.

But what evidence prosecutors have to prove the McCloskeys tampered with the gun remains unknown.

Grand jury proceedings are secret and only prosecutors are allowed present evidence and question witnesses.

The secrecy surrounding the proceedings continued for a few days after prosecutors in Gardner’s office suppressed the indictments without explanation.

Sealing indictments is an unusual move at the state level, and typically only used for dangerous fugitives or flight risks. But a motion filed by prosecutors Wednesday suggests they sought to suppress the indictments because they had safety concerns for those who testified against the McCloskeys before the grand jury.

Oddly, in the motion, prosecutors confirmed the charges against the McCloskeys in the indictment even though it was still part of a suppressed document.

“Given the international attention this matter has generated, and the violence and vitriol directed towards the Circuit Attorney’s Office for the prosecution of this case, the witnesses were understandably reluctant to cooperate and did so with the understanding that the Grand Jury proceedings, and their testimony therein, would remain confidential,” according to the motion Assistant Circuit Attorney Eusef Robin Huq wrote. “Requiring the witness’ full, unredacted names to be disclosed has a chilling effect on witness’ and victims’ participation in the criminal justice system.”

But the names of the witnesses were reduced to only initials.

The Oct. 14 hearing is still expected to happen.

The couple is likely going to be arraigned at that hearing – which means the judge will read the charges against them and they will enter a plea.

And even though the witness’ names have been redacted from the indictments, the McCloskeys will have to know the identities of those making accusations against them in order to have a fair trial.

The McCloskeys’ attorney, Joel Schwartz, said he will object to any efforts by prosecutors to seal the names – but a judge can grant a protection order should prosecutors seek one that would require Schwartz to keep the names to himself.

He also said prosecutors' assertion that the McCloskeys tampered with Patricia McCloskey's gun was "absurd" because if they wanted to tamper with it, why would they only tamper with her gun and not his?

And, eventually, the names of the witnesses could become public – if they are called to testify during trial.

How long it will take for the case to get to trial is anyone’s guess – but trials usually don’t happen quickly.

The chances of it happening before the November election are slim, at best.

Which leads to another aspect of this case: Will they be pardoned?

Republican Gov. Mike Parson reiterated his pledge to pardon the McCloskeys should they be convicted of a crime.

But he’s up for re-election.

What if he loses?

RELATED: Gov. Parson says he 'most certainly would' pardon McCloskeys

His opponent, Nicole Galloway, won’t say whether she would do the same.

Her campaign spokesman Kevin Donohoe issued a statement that didn’t answer the question:

“Governor Parson has inserted himself into a local matter for entirely political reasons. The governor is trying to deflect from his own responsibility for the rising number of gun homicides in the city of St. Louis. He voted to make it easier for criminals to get guns and afterwards the number of gun homicides increased. His own party rejected his ‘law and order’ agenda during the special session. The governor has seized on this issue because he doesn’t want to talk about his own failure to keep Missourians safe.”

I wonder if our friends from the Netherlands will come back to see what happens.

RELATED: 'A political football' | Legal experts weigh in on why McCloskey indictments are sealed 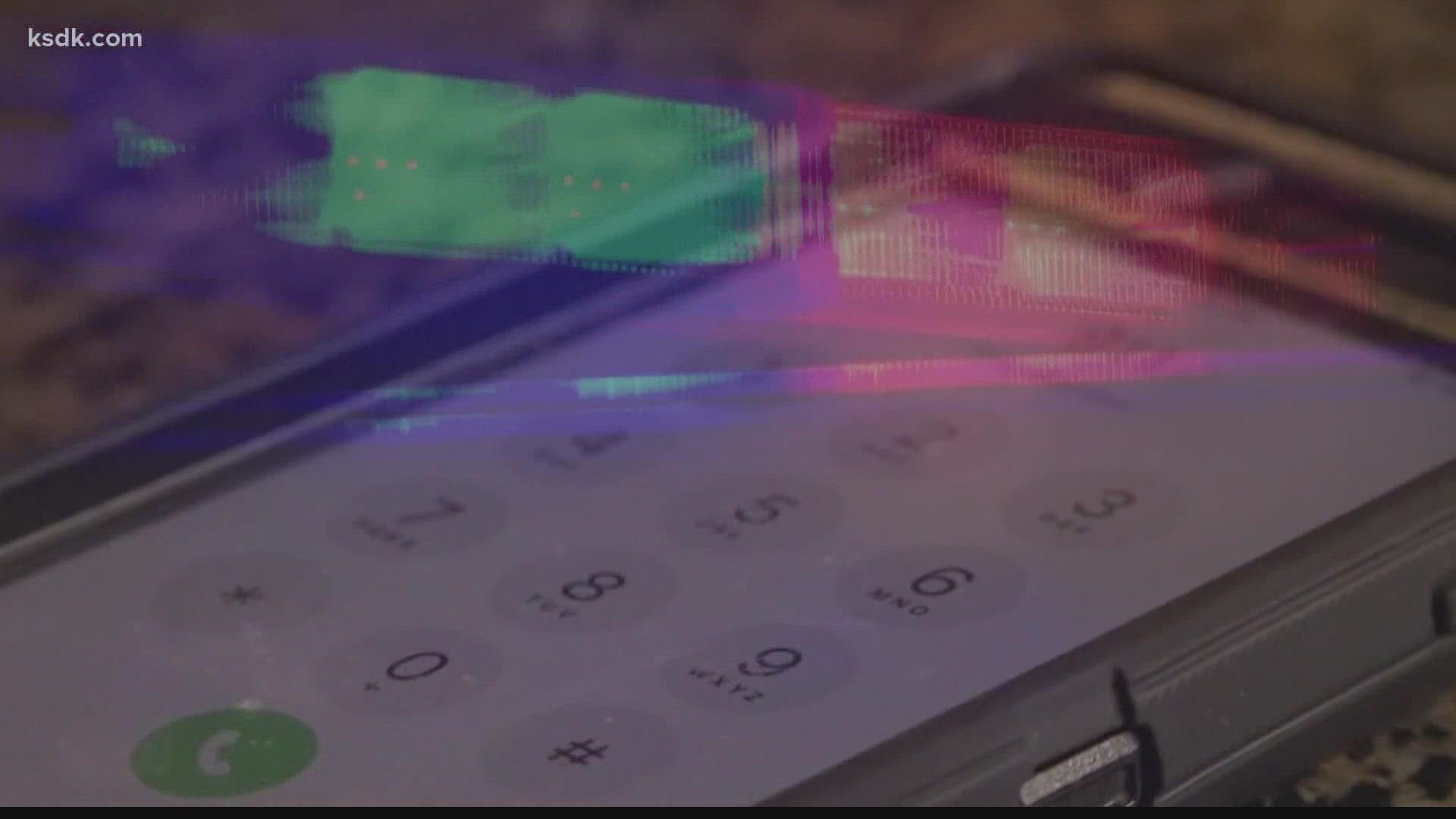