Hugh Patrick McVey, 31, had sex with the victim at a home in Kirkwood and his home in St. Charles County, police say 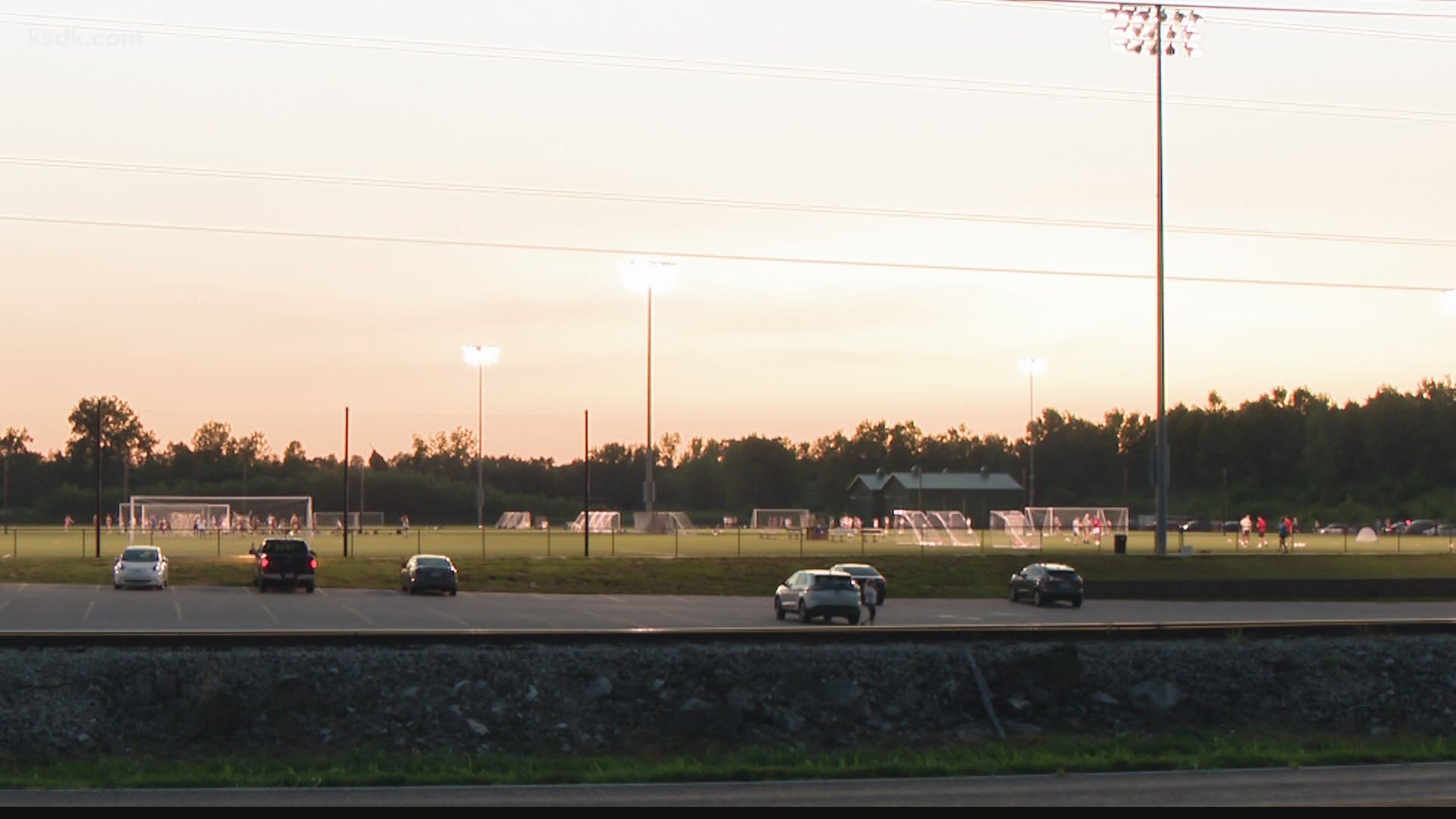 McVey's attorney, Brian Millikan, declined to comment, but confirmed McVey would be turning himself in.

The alleged victim's attorney, Scott Rosenblum, said: "Our clients believe the charges are appropriate and will let the criminal justice system run its course." He declined to comment further.

Police in Kirkwood and St. Charles County launched a joint investigation into McVey earlier this summer. Police said he began texting the victim with messages that were “sexual in nature.”

The victim told police she and McVey began talking and texting after soccer practices, which led to them going out to eat together and hanging out. She told police one day she went to his house in St. Charles County sometime in March, where they watched TV together before they had sex.

At various times between March 1 and June 30, police said McVey had sex with the victim at his home in St. Charles County and at the home of one of her relatives in Kirkwood.

If he pleads guilty to the charges, he will have to register as a sex offender.

5 On Your Side first reported the allegations involving the coach in July.

McVey also was on probation for a 2019 misdemeanor resisting arrest and DWI charge at the time of the alleged abuse, according to court documents.

The alleged victim’s attorney told 5 On Your Side her family’s primary goal is to keep their daughter safe from any further abuse, and they have questions about how McVey was ever allowed to coach youth soccer in the first place given his criminal history.

READ ALSO: What's next for alleged victim of Lou Fusz soccer coach, other victims of abuse

Lou Fusz Athletic Club General Manager Dan Gargan sent a statement to 5 On Your Side after the story aired, which read, in part:

“For years, we have implemented many proactive measures to reduce the risk of misconduct, and we remain committed to constant reflection, evaluation and improvement. We will continue to work internally to focus on preserving the thousands of positive relationships we have with our teams, coaches, players and community.”

The statement also said the select soccer club reported the allegations to the U.S. Center for SafeSport, who suspended McVey's license, the Missouri Youth Soccer Association, U.S. Soccer and parents.

Gargan released additional information about McVey Thursday: "As for Mr. McVey’s recent conviction, we now know of a reported conviction or plea in February of this year. Mr. McVey was cleared to coach by the national certification and training organization in June when each season starts, which is engaged by most athletic clubs we know. No background check for the past year disclosed a plea or conviction that was entered this February. We are aware of nothing in Mr. McVey’s background that would pertain to an inappropriate relationship with a player."

Gargan also wrote McVey "began with the club in June 2018."

McVey's Instagram introduction reads: "i'm a professional belly flopper and hula hopper. I love hiking, soccer, and my rush 0'2 & 0'3 girls. they complete me," followed by a heart emoji.

In 2016, he made several posts including one of himself with a black eye that read, "I don't get mad, I just get even."

McVey was quoted by the St. Louis Post-Dispatch as recently as June 15 in an article about the club's return to play after a closure due to COVID-19 concerns.

“Just like everyone else, we’re doing our best to put kids back on the field in a safe environment,” McVey told the newspaper.

The full joint statement from Bell and Lohmar is below:

"In a joint investigation by the St. Charles County Police Department and the Kirkwood Police Department, evidence indicates that McVey became acquainted with the victim as a coach through the victim's youth select soccer club. McVey began communications that were sexual in nature with the victim via text message, and eventually at various times between March 1, 2020 and June 30, 2020, McVey is alleged to have committed the charged offenses first at his residence in St. Charles County, and later at the residence of the victim’s family in Kirkwood, Missouri, in St. Louis County.