Man charged in St. Charles quadruple homicide asked about other crime victims, but not those killed

Richard "Darren" Emery didn't ask about the four people he's accused of killing, but he did ask about the attempted carjacking victim and apologized for shooting at police, according to new court documents released Sunday. 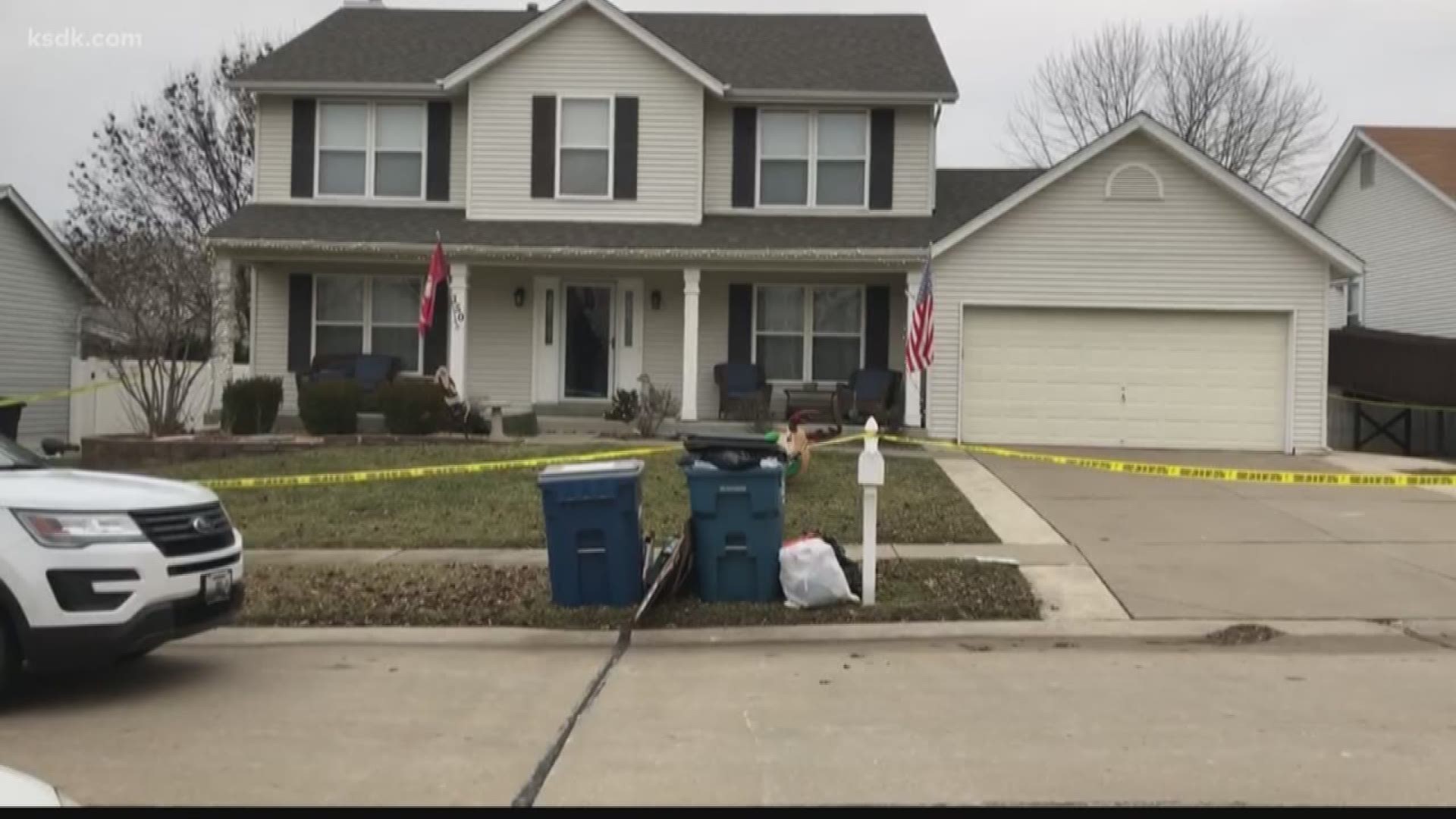 ST. CHARLES, Mo. — Prosecutors have officially charged the man suspected of killing four members of the same family and then going on a crime spree that included a shootout with police and attempted carjacking in St. Charles.

Emery asked about the woman he stabbed while trying to take her car and also the officers he shot at, according to new court documents released Sunday afternoon. But he never asked about his girlfriend, her two children and her mother—the four victims he’s accused of killing, detectives said.

At 11:55 p.m. Friday, police received a 911 call for shots fired at a home in the 100 block of Whetstone in St. Charles. While the caller was still on the line, the dispatcher could hear what sounded like more gunshots. Police have not said who called 911.

Police arrived at 11:58 p.m. and saw a Chevy Silverado in the driveway of the home. It was running, but no one was inside. As officers approached the home, they saw a man—later determined to be Emery—walk out of the house, get in the truck and leave.

Officers in the area said they saw him leave the subdivision and tried to stop him, but he refused to pull over.

Emery stopped his truck near Cheshire and Muegge, got out of the vehicle and shot at two officers multiple times, according to the probable cause statement. Their cruiser was hit by bullets eight times in the open driver’s side door, frame and grill. Officers returned fire. They were not injured in the shooting.

At the same time, officers at the scene of the home found 8-year-old Zoe Kasten, 10-year-old Jonathan Kasten and 61-year-old Jane Moeckel shot to death in an upstairs bedroom. Kate Kasten—the children’s mother and the daughter of Moeckel—also was shot but was still alive. She later died at a hospital.

RELATED: One by one, children remember friends killed in St. Charles shooting

At 12:32 a.m., officers responded to a 911 call about a mile away from the home where the crime occurred. The victim said a man told her “I gotta get out of here!” and tried to take her car. During the attempted carjacking, she was stabbed several times in the torso. The man left her car and ran away. Her description of the suspect matched Emery’s description. She is expected to survive.

Overnight, a large police presence searched the St. Charles area for Emery. Officers got the call they needed at 7:23 a.m.

Someone at the QuikTrip at 2260 First Capital Drive said a man who was bleeding heavily went into the store’s bathroom. The caller believed the man had a gunshot wound.

Police arrived three minutes later and found Emery in the bathroom. He was taken to a nearby hospital for treatment.

After being read his rights, detectives said Emery told them where he threw out the gun and knife used in the crimes.

He then asked, “Is the lady okay?”—referring to the woman who was stabbed during an attempted carjacking, according to the probable cause statement.

Officers were able to find the gun and knife.

St. Charles County Prosecuting Attorney Tim Lohmar said Emery was living with the family in the home where the shooting occurred for about a year.

He called it the "worst example of a domestic violence case."

"Anytime a human life is lost, it's a tragic situation, and this one in particular is extremely tragic and sad. What can possess someone to take the life of a child is beyond me. I don't know how anyone could do such a thing, and we may never know," Lohmar said at a news conference Saturday.

He added that the investigation is still very active.

If you or someone you know needs help with domestic violence, you can call the National Domestic Violence Hotline at 1-800-799-7233.