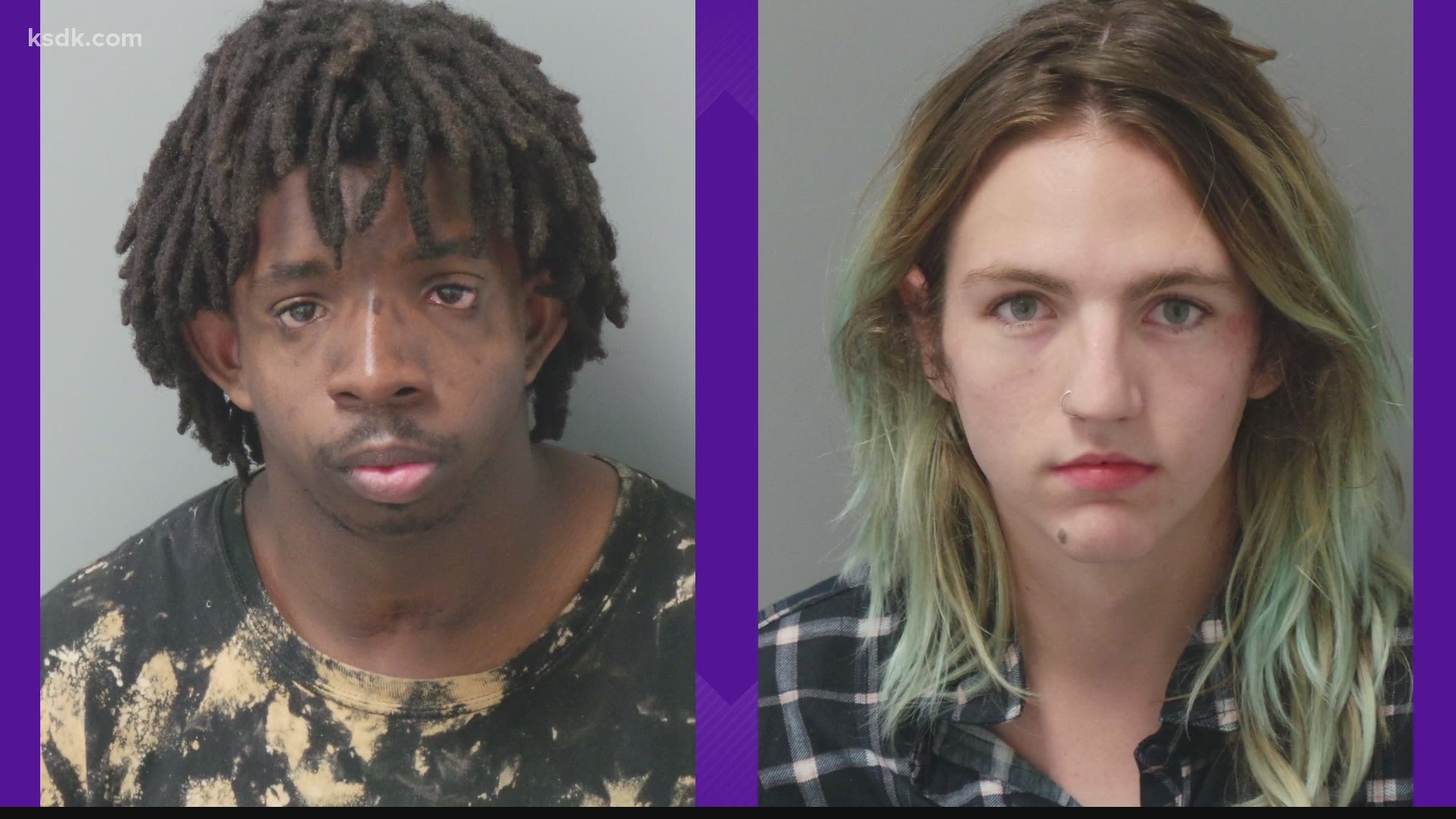 Police said the men were part of a group of people who marched through the streets of downtown St. Louis, blocking traffic along major thoroughfares Wednesday after a grand jury recommended charges for former Louisville police officer Brett Hankison in the Breonna Taylor case.

It prompted protests across the country.

In St. Louis, the group of people the two men suspected of trying to set fire to police headquarters marched to City Hall and knocked down bike rack barricades guarding the building, according to the document.

They then marched to police headquarters at 1915 Olive Street where they, along with several others, were spotted setting combustible objects on fire under the threshold of the building. Officers then moved in to extinguish the fire while the group threw projectiles and other objects at them, according to a document obtained by 5 On Your Side.

St. Louis police spokesman Sgt. Keith Barrett wrote that members of the crowd piled debris near the front doors and used an accelerant to start multiple fires against the building's exterior. Officers who used fire extinguishers were hit by bottles and fluids that were thrown at them, but none of them were injured.

After the officers moved away, the men set another fire, which was again extinguished while the group pelted the officers with several objects, according to the document.

Officers monitoring cameras identified the two men from the crowd, and monitored them as they walked through other places downtown. Ultimately, they were arrested on suspicion of arson first-degree, second-degree assault on a special victim, and felony resisting arrest, according to the document.

According to charging documents, one of the men arrested, 22-year-old Andrew Falvey, was seen on security video throwing flammable material on the fire. The charging documents said he threw a bottle at a police lieutenant who tried to put out the fire.

He was charged with first-degree arson, fourth-degree assault and resisting arrest.

5 On Your Side is not naming the second suspect, because he has not been charged as of this writing.

The Bomb and Arson Unit is assisting with the investigation, and the St. Louis Fire Department helped put out the rest of the fire.