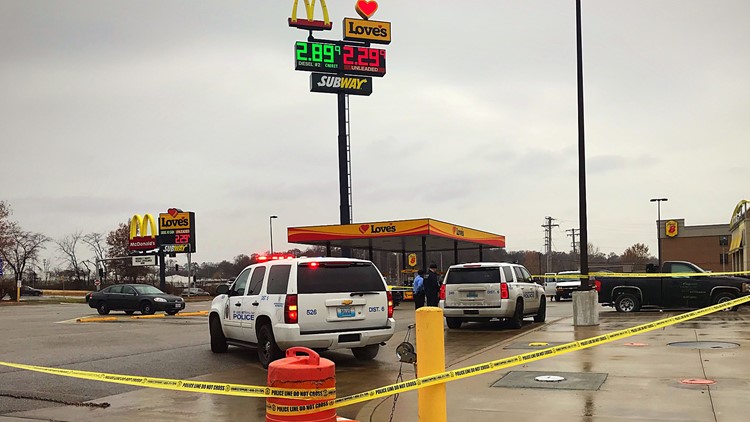 ST. LOUIS — Two men were shot at a gas station in north St. Louis Thanksgiving afternoon. One of the victims has died, police confirmed.

Police identified the man who died as 31-year-old Shawn Stewart. The man who was still alive when police arrived was a 56-year-old man.

St. Louis police have not released any further details at this time.

The homicide on Broadway was the second fatal shooting in St. Louis this Thanksgiving.

Shortly after midnight, police responded to a residential area of Hamilton Heights in north city where a man had been shot in the chest. He later died at a hospital. A person of interest was taken into custody in that case.