Failure to change or a failed system? | The complexity of charging children as adults

A judge ruled that Dylan Woolbright was "beyond rehabilitation under the juvenile code,” but an advocate said the system has failed him and countless others 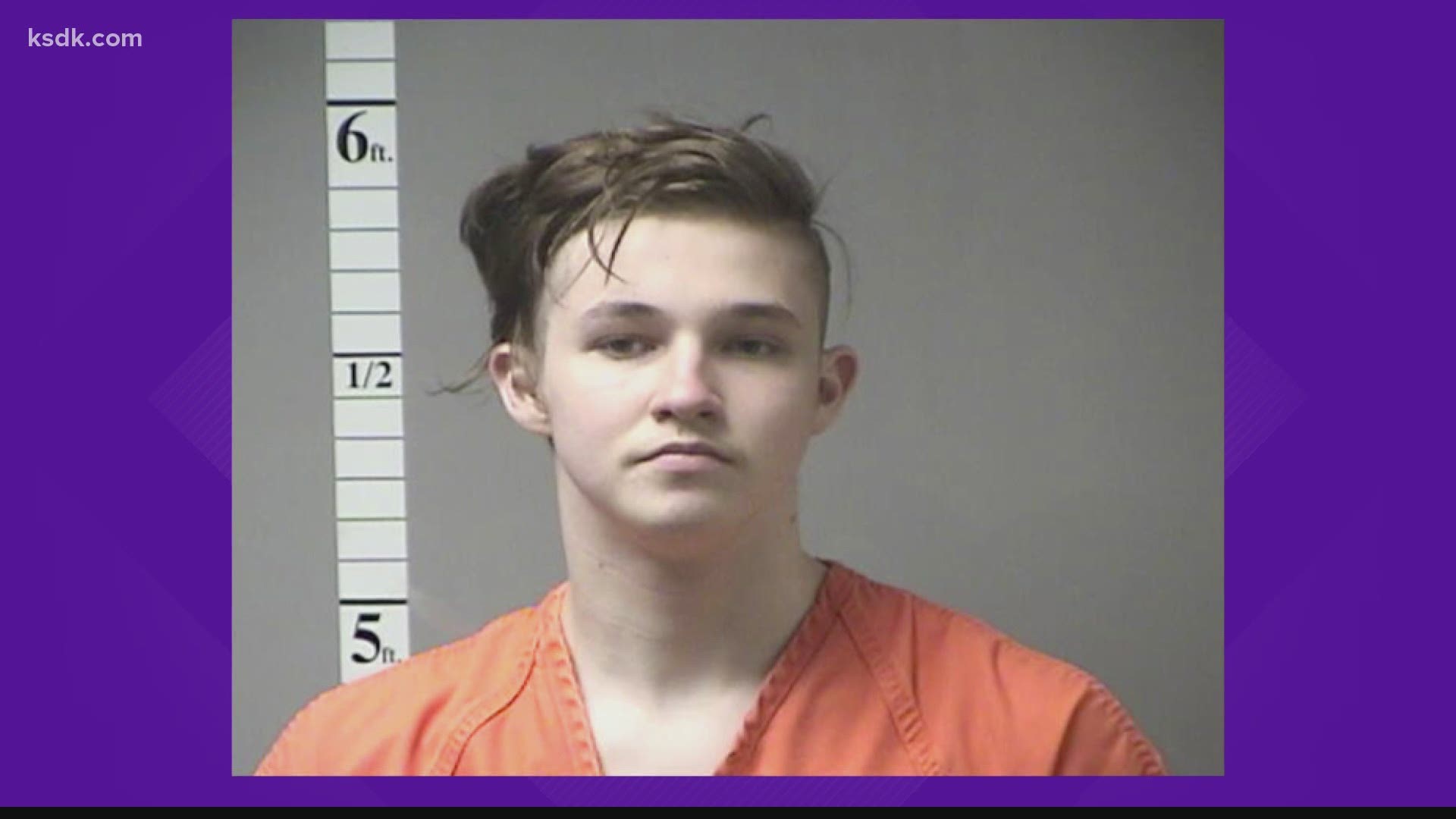 ST CHARLES, Mo. — Violent crime is on the rise in the St. Louis area, but the ages of the victims — and the suspects — seem to be going down.

With that comes the decision juvenile courts and prosecutors must make to charge children as adults for their crimes.

RELATED: 'Beyond rehabilitation' | 16-year-old charged as adult in shooting death of 13-year-old in St. Charles County

The decision to charge children as adults is a controversial one, with experts and the U.S. Supreme Court saying juveniles are not as culpable for their actions because their brains aren’t developed enough for them to grasp the gravity of their actions — let alone the consequences that come with them.

In Missouri, 76 of the 5,440 juveniles younger than 18 arrested for violent crimes so far this year were younger than 10, according to the Missouri Highway Patrol.

Soon, St. Louis Circuit Attorney Kim Gardner may have to decide whether to charge a 14-year-old as an adult for the shooting of an off-duty police officer in a carjacking attempt. The first-degree assault charge means he will automatically have a certification hearing.

But the number of juveniles certified as adults is decreasing nationwide, according to the most recent data from the Office of Juvenile Justice and Delinquency Prevention.

The agency, which is a division of the U.S. Department of Justice, reported the number of juveniles certified to face charges as adults fell by 73% in 2018 when compared to the peak year in 1994.

And juveniles were involved in about 8% of all known homicides in 2018.

O’Fallon police say Dylan Woolbright shot Owen Fielder in the head with a semi-automatic handgun in the 400 block of Mar-Ton Estates Drive in May. Days later, Fielder died from his injuries.

A judge ruled Wollbright should be tried as an adult due to a pattern of offenses she said indicated "that the juvenile is beyond rehabilitation under the juvenile code.”

In her ruling certifying Woolbright to face charges as an adult, Judge Brittany Smith wrote that the court sent him to addiction rehabilitation programs twice.

But Riya Saha Shah, the managing director of the Juvenile Law Center, said Dylan didn’t fail, the system failed him and countless other juveniles who end up getting charged as adults.

The nonprofit law firm unilaterally opposes the certification of children as adults.

“When we charge young people in the adult system, there are worse outcomes for the young person,” she said. “They suffer trauma by being placed in incarceration with older individuals and they’re more likely to be involved in subsequent criminal behavior.

“Science tell us young people are not really able to have the same level of culpability until their brain fully develops and brain science shows us that that doesn’t happen until they’re well into their 20s.”

Shah’s firm believes the decision to charge a juvenile as an adult should be made on an individual basis.

“Children innately grow up, they mature, and all the research shows us that when children mature and grow older they kind of naturally desist in their criminal behavior, so placing them in an adult criminal justice system disregards all that research,” she said.

And, the juvenile justice system is a consequence, Shah said.

“There is a feeling that there will be no accountability if a person is placed in the juvenile justice system and that is absolutely false,” she said. “There is accountability, it’s just different. It’s not vengeance, it’s accountability with understanding responsibility for one’s actions and ensuring the opportunity to grow and be mature and really learn and rehabilitate that way.”

In her ruling to certify Dylan, Associate Circuit Judge Brittany Smith noted that even if she committed him to the Division of Youth Services, the juvenile court could only monitor him until his 18th birthday unless he and his parents agree to an extension to the age of 21.

“The juvenile court could not monitor him long enough to ensure all of those issues could be addressed enough to protect the community,” she wrote.

Owen Fielder was visiting a friend the day he was shot — a home in O’Fallon where he and some of his eight sisters had been many times through the years, his mother said.

That day, Dylan visited the same friend, too.

She said her son knew of Dylan but she wasn’t sure whether Dylan knew her son.

“They weren’t friends,” she said.

She talked to her only son two hours before he was shot.

Immediately, she was suspicious.

“You can’t just accidentally point a gun and pull the trigger and shoot somebody,” she said.

O’Fallon police soon found holes in Dylan’s story, including a Snapchat post he made with he words, “I love you all, bye for life,” as Owen lay dying. He told police he thought he would be catching a gun charge and would be locked up for the rest of his life.

Police also found pictures of Dylan with the gun on his cellphone, saying he used it during drug deals.

Owen lived for three days in the ICU before his mother decided to donate his organs.

“They told us Owen would never talk or walk if he made it,” she tearfully recalled.

She posted a picture of his Path of Honor on Facebook. It happens when doctors, nurses and other hospital staff line the hallways as a patient is wheeled into an ambulance to donate their organs.

She wrote the words, “My hero” on the post.

“I have some comfort knowing his heart is still beating in this world,” she said.

And knowing Dylan Woolbright will stand trial as an adult for her son’s death.

5 On Your Side's Erin Richey contributed to this report