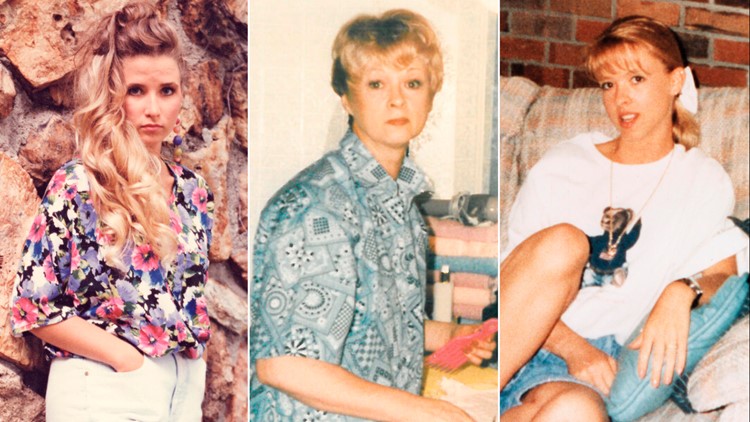 SPRINGFIELD, Mo. — The mysterious disappearance of three Missouri women will be featured on a national TV show Monday night.

The women are known as the Springfield Three and the Three Missing Women.

Stacy, Suzie and Sherrill haven’t been seen or heard from since June 6, 1992.

Stacy and Suzie graduated high school that day in Springfield, Missouri. They spent the night celebrating with friends before going back to Suzie’s home, where she lived with her mother Sherill Levitt.

Suzie and Stacy were supposed to hang out with friends the next day but never showed up. Stacy’s mother went to Suzie and Levitt’s home hoping to find her. People Magazine reports she found Stacy’s car parked outside, the house front door unlocked and the house empty.

“There’s not a word called closure in the dictionary for families missing someone,” Stacy McCall’s mom Janis told People Magazine. “My baby is gone. We want some justice.”

Series based on bizarre Missouri murder debuts on Hulu
ST. LOUIS - A new series based on a bizarre true story near Springfield, Mo., has debuted on Hulu. 'The Act' is a true crime drama that follows Gypsy Blanchard and her mother, Dee Dee. Hulu described the case as stranger than fiction.

It’s been 27 years since the three women disappeared, but the Springfield community has never forgotten the case. Springfield police told People Magazine they still receive several leads on the case every week.

“Whoever is responsible for this can’t take back what happened, but they can help bring some closure to the families while they’re still alive,” Officer Rick Bookout told ‘People Magazine’.

The story also is featured in the current print edition of People Magazine, now on store shelves.